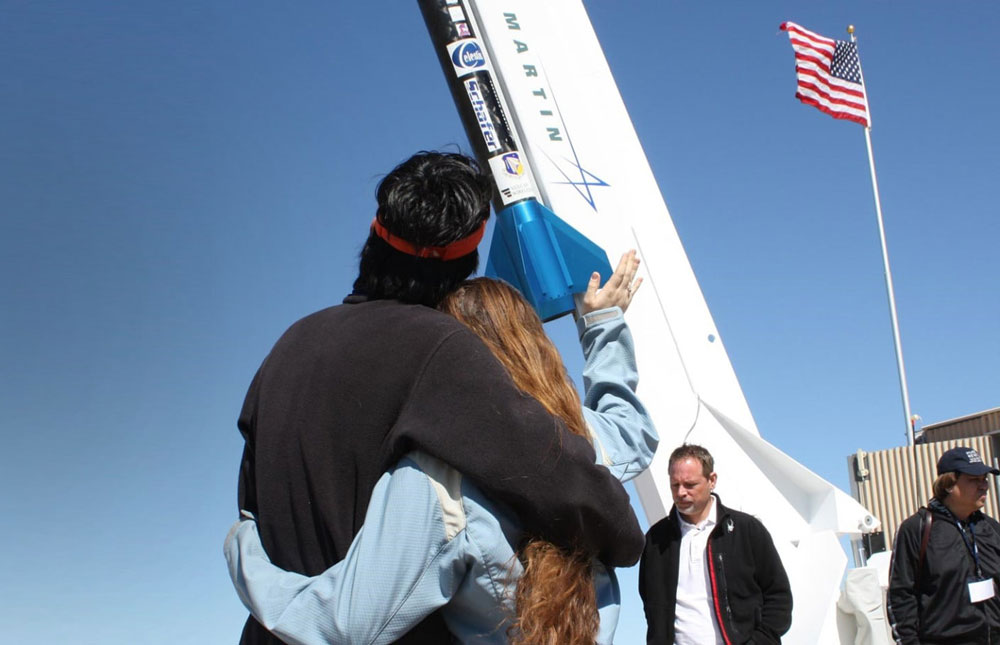 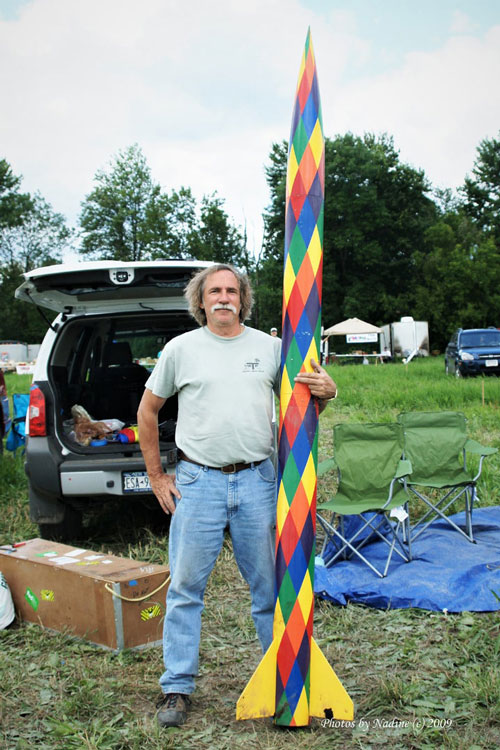 Allen Michael Bychek was described by his wife, Cheryl, as being “always an adventurer.” In Cheryl’s words:

He ran cross country and lettered in marching band in high school. He was also a rock climber, a double black diamond skier, and a certified SCUBA diver. He loved the New York City club scene while he was an engineering student at RCA Institute and had many colorful stories about encounters with celebrities, including Rod Stewart and Mick Jagger. Al became an engineer in the field of extruded polymers, beginning in New Jersey and transferring to Florida in the 80s. Many in his industry tell me there was no other field service engineer like him. He loved his work, especially getting broken-down production lines running again. It was a bit like jumping on his white horse and riding to rescue his customers.

Allen loved to travel the globe, especially aboard Carnival Cruise Lines. Cheryl remembered, “He loved to cruise. Before we met, sometimes after work on Friday, he’d call Carnival…and if they had an open cabin he’d take off, wherever they were going. When he took me on my first cruise, I was hooked for good! We cruised the world on over two dozen cruises at least once a year for many years, including when our child was a mere three months old! [We were] Disney World annual pass holders most of our nearly 30 years together, we were such fanatics we often went up and back for a single day. The same was true for our love of spaceflight. We’d drive up to the Cape for shuttle launches or watch them on TV, then go outside our front door to see as much of the ascent as possible with our own eyes.”

Like many Celestis participants, Allen was a great fan of science fiction and was a huge Star Wars fan. He and Cheryl even were among the first guests at Disney World to preview its Star Wars-themed attraction Galaxy’s Edge. While he did not visit space during his lifetime, he did indulge his love of the field by joining a model rocket group. Cheryl enthused, “Model rocketry became Al’s great passion hobby. He loved our local club. For several years, we made monthly trips west to the sod fields to join with other amateur rocketeers as he rose to the highest certification level. It was always a quest for the most perfect, highest altitude flight. Our club hosted an annual Winter event where rocketeers from all over the world launched all weekend. Al forged friendships with people across the U.S. and from as far away as Australia. In fact, some of his best rocketing friends are Aussies. He even flew there to launched at their events. He launched at many events across the U.S., particularly spending Labor Day in Kansas nearly every year.”

Allen’s approach to being diagnosed with esophageal cancer was no surprise to Cheryl, who related that his attitude toward the diagnosis and treatments was, “let’s fix this issue now so I can get back to work, to my rockets, to Disney World, and to having fun.” Allen and Cheryl both fantasized about becoming astronauts and being able to make the journey to the ultimate travel destination. Thanks to Celestis, Allen realized his spaceflight dream; in 2021, his flight capsule flew on Horizon Flight, and in 2023 he will fly on the Excelsior Flight. His flight capsule was engraved with, “Your new flight altitude record. Flown with love.” 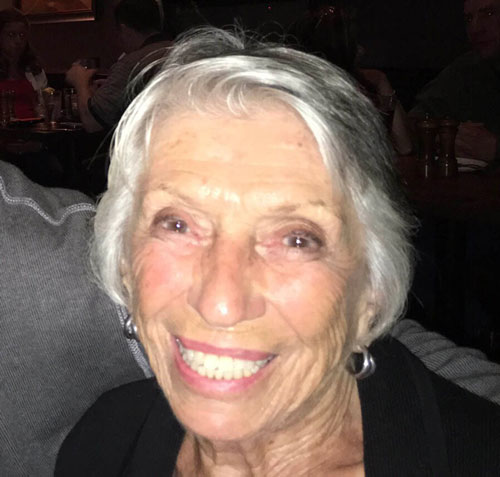 Not many could boast of being an aviation pioneer during their lifetime, but Marjorie Dufton certainly could. Born on February 28, 1928, in Plattsburgh, New York, she earned her pilot’s license during her teenage years. After relocating to California, she became the youngest flight instructor in the United States. She even competed in the Powder Puff Derby, an aviation race open to women pilots. She and her husband Ted (also an aviation instructor) had a son, Michael, and moved to Arizona. During this time, the U.S. space program was just underway and was preparing to send men to space aboard Mercury spacecraft. Masculine names such as “Gus Grissom” and “Gordon Cooper” were on the tips of everyone’s tongues. But why couldn’t qualified women make the same spaceflights, many asked?

Dufton was interested in applying for tests to prove the viability of women as astronauts, but as soon as she inquired, the program to test potential “lady astronauts” was unceremoniously disbanded. According to her biography, “This was one of her greatest disappointments. She is noted on page 95 of the book Right Stuff, Wrong Sex, a book about the early women’s space program.” Her dreams of spaceflight had to be put on the back burner.

However, she racked up an impressive list of other achievements. She became one of the first computer programmers for Eastern Airlines and as a result, was able to travel the world many times over. She did not slow down a bit as she entered her “senior” years. According to her biography, “In her early fifties, she took up scuba diving and decided it would be fun to live on a sailboat, so she sold her home and bought the first of several sailboats she would own and live on over the next 30 years in Miami’s Coconut Grove, the Florida Keys, and the Caribbean. She also received her captain’s license and joined a friend in his business of ferrying yachts up and down the East Coast of the U.S., the Caribbean, and Latin America. In her late seventies, she sold her last sailboat, a Morgan Out Island 41, aptly named My Way and which she fondly referred to as her two bedroom two bath waterfront condo.”

Marjorie Dufton – unsung aviation pioneer, astronaut hopeful, scuba diver, computer programmer, boater, and lifelong adventurer – passed away on December 16, 2020, at age 92. During her lifetime, one of her biggest disappointments was not being considered for the nascent early 1960s U.S. astronaut program; Celestis has made it possible for Marjorie to achieve her spaceflight dreams after her passing. Later this year, Marjorie’s ashes will be flown aboard not one but two Celestis memorial spaceflights (the Aurora Flight and the Ascension Flight). Last summer, “Mercury 13” hopeful Wally Funk finally made her trip into suborbital space during a Blue Origin flight. It’s marvelous that these pioneering women pilots are finally receiving the recognition they deserve during and, in Marjorie Dufton’s case, after their lifetimes. 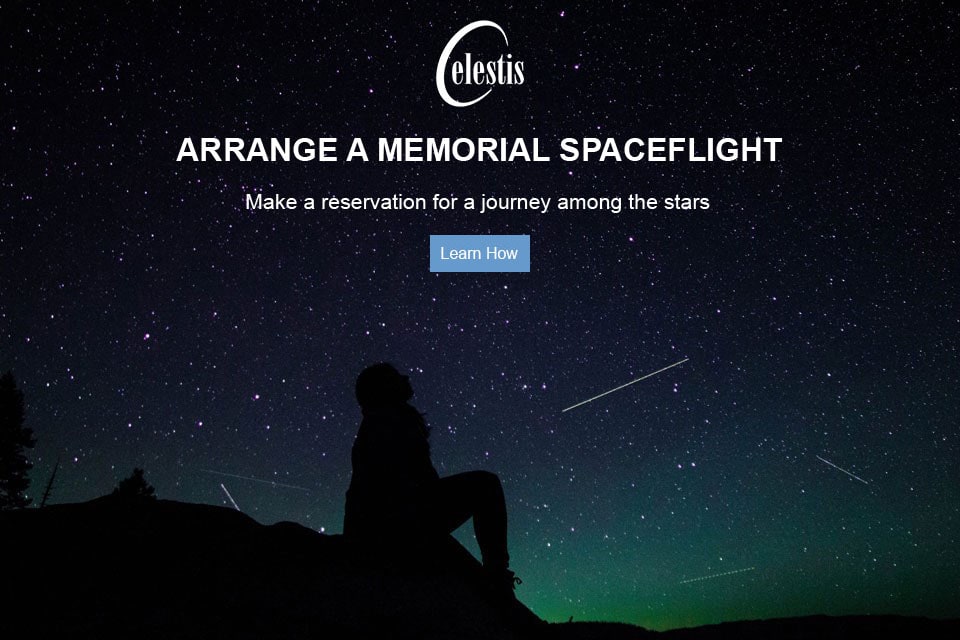 Many of Celestis’ participants share similar interests and commonalities; for example, both Allen and Marjorie traveled the world and were pioneers in their respective fields. In addition, both possessed long-term dreams of going to space during their lifetimes – a dream that, at one point during the 20th Century, didn’t seem too “out-of-the-ordinary” as spaceflight became more regular and achievable. Now, the increasing tempo of commercial spaceflight has “opened up the skies” to companies, including Celestis – and these adventurers’ dreams can finally be realized

If you or a loved one has a taste for adventure, please consider Celestis’ services; whether you’d like to make a memorial spaceflight or fly your DNA in space, it’s the perfect complement to a life well-lived.