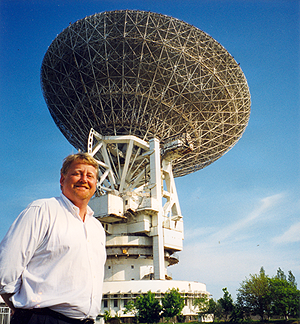 Tom Petty is one of my favorite artists, and I’m often reminded – especially because I’m in the space business – of his words, “the waiting is the hardest part…”

As the Co-Founder and CEO of Celestis, Inc., I’m sometimes asked questions such as “can I get an exact launch date for my service?” or “why has my launch been delayed?” or “why can’t you give me more details about the launch services provider?”

These questions – coming from people who are considering or have already purchased our space funeral service – are completely understandable. The Celestis Memorial Spaceflight service is a compelling and special way to celebrate a life – by launching a symbolic portion of cremated remains or DNA sample into space, into Earth orbit, to the Moon, or into deepest space. Because it is such a compelling service its anticipation can be a bit overwhelming, when juxtaposed against the reality of the challenges of actually achieving space travel.

The notion of a final memorial space journey has been with us at least since the dawn of the Space Age, and I’ve even traced the concept back to the 1930’s era of “pulp fiction” science fiction novellas. The very first space burial was conducted by NASA in 1992 when astronaut James Weatherbee carried a symbolic portion of Star Trek creator Gene Roddenberry’s ashes aboard Space Shuttle Columbia STS – 52. 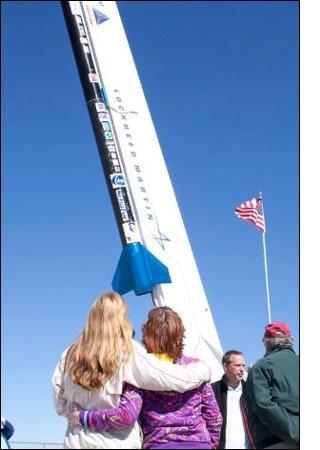 But it wasn’t until Celestis conducted its first mission – the Founders Flight in 1997, which also included Mr. Roddenberry as a participant – that the option of launching ashes into space as a final tribute became a reality for all of us.

Since 1997, we’ve conducted 16 memorial spaceflight missions. No other company has successfully completed even one – some have tried. We’ve (symbolically) sent more people into space than all Earth’s nations combined have sent astronauts, cosmonauts, taikonauts (Chinese astronauts), and tourists.

We’ve been able to achieve this impressive record despite the fact that – even after 55 years of spaceflight – space launch events are rare, expensive, and remain difficult to successfully accomplish. There are only approximately 45 global commercial space launches conducted PER YEAR, with only a small (but increasing) percentage of those hosting commercial secondary payloads, including Celestis. Most commercial space missions involve satellites valued in excess of $100m and require the full capability of the rocket to ensure proper orbital placement, leaving no opportunity for secondary payloads. By comparison, note that globally there are more than 100,000 commercial air flights EVERY DAY, with plenty of available cargo capacity.

Celestis has negotiated flights with proven providers of space launch services including Orbital/ATK, SpaceX, NASA, and UP Aerospace. We are one of the very first companies to contract with launch companies for small, “ride along” payloads, and we continue to find innovative ways for our participants to fulfill their final wish for a memorial spaceflight. We’ve proven again and again that we understand the complexities of providing flight ready secondary payloads without disruption to the primary mission – a matter of paramount importance to our hosts.

How We Choose a Launch Service Provider

As we consider which flight opportunities to pursue on behalf of our clients we assess three factors prior to proceeding to contract negotiations with a space mission provider. Each is important, and each requires the kind of expertise we’ve gained over 35+ years of commercial space operations – remember Celestis’ parent company Space Services launched the first-ever private rocket into outer space in 1982. (See photo below of Conestoga 1.) When we select a mission provider, you can be assured that we have made a careful choice on your behalf.

1. Affordability – The only way memorial spaceflights can remain within the reach of the average person (our Earth Rise and Earth Orbit services are priced at less than the average cost of a US funeral) is by purchasing secondary space on a rocket or spacecraft. Very few of us could afford to buy an entire rocket for ourselves!

2. Reliability – This is a key consideration. We want to give our participants the best possible chance of success on their memorial spaceflight mission. As the commercial space industry blossoms and new entrants begin to offer new launch and mission services, we are encouraged that very soon commercial secondary payloads such as Celestis will enter an era of abundant availability. But we are not there yet.

As Smithsonian pointed out in 2014, “Commercial spaceflight is off to a slow start. This makes sense, of course – going to space is hard: it's dangerous, it's expensive, it's technologically challenging, and it's a whole new legal frontier. Few nations, let alone companies, have successfully left planet Earth.”

Moreover, as new entrants emerge there is always a “proving” period during which systems are not yet fully mature and are subject to an elevated level of development delays and even inflight failures. For example, in 2003 Virgin Galactic – the “space tourism” company founded by Sir Richard Branson – announced their initial flight scheduled for 2007. In 2016 that first mission is still at least two years away, with over 700 customers waiting for one of six seats per flight once the SpaceShip 2 system is declared operational. 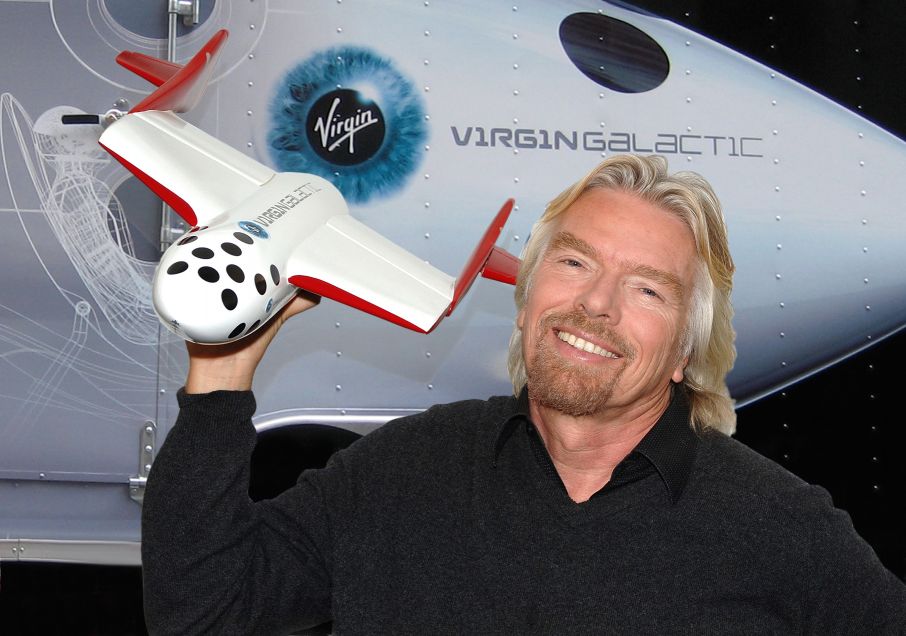 This is not an atypical development cycle in aerospace. I should also note that as a rule Celestis will not place one of our spacecraft on the first mission of a new launch vehicle conducted by a new launch team. We have witnessed two instances of companies that were seeking to compete with Celestis placing their payload of precious remains aboard the first flight of a new rocket – in both instances the flights failed. While missions can always fail for a variety of reasons, we believe that first missions are subject to a higher failure rate than missions employing a proven launcher and/or team – hence our avoidance of first flights.

3. Launch Location and Scheduling – As I mentioned – and as everyone who has attended one knows – Celestis launch events are perhaps the most compelling memorial services on (or off!) the planet. Many families and friends travel from all over the globe to be at the launch of their loved one into space. We’ve launched from all over the world, but our most popular missions fly from one of three US launch sites, so we tend to favor those launch sites. 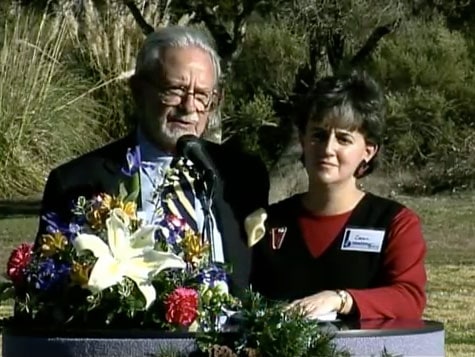 A family praises the Celestis team at a Celestis memorial service. View video of their testimonial.

Often our contract negotiations with mission providers, which often involve multiple departments within very large aerospace companies, are governed by very strict Non Disclosure Agreements (NDA’s). For a variety of valid reasons these service providers desire to tightly control the public release of information about their partnerships and customers. We understand these reasons and abide by all of the provisions of any NDA we sign – even including, on rare occasions, silence right up to the launch itself. Of course, in these extreme instances we use private means of communication to keep the family members and friends of our participants informed.

Once we’ve reached agreement with a launch services provider to host a Celestis payload, the next step in getting to a launch is called “manifesting,” which means committing the Celestis payload to a specific launch or spacecraft.

The Nature of Launch Countdowns 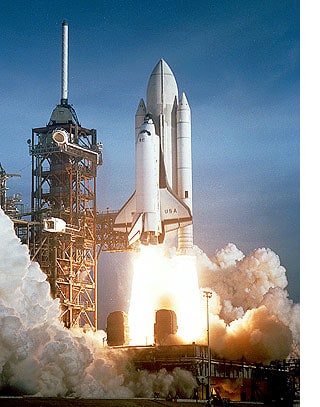 When a Celestis launch is manifested and scheduled, and the Celestis payload is integrated onto the rocket or spacecraft, the countdown to launch commences. For some of our missions – especially the Earth Rise Service – the count is smooth, the launch date predictable, and there is overall relative schedule certainty. For others – for a variety of reasons – the schedule is much less predictable. Again, this is not uncommon in the space business.

For example, NASA’s Space Shuttle – one of the most expensive launch vehicles ever developed – launched on schedule about 40 percent of the time. A 2008 analysis by the Associated Press found that of the 118 Shuttle flights that had flown at the time, only 47 lifted off on time. So even with the best technology NASA can generate, launch schedules in the modern era are at best estimates of projected launch dates.

All of this may seem rather daunting, but it shouldn’t be. Memorial spaceflights are meant as celebrations, achievements, and the fulfillment of dreams. Who can put a schedule on reaching these amazing goals? Part of the reason the waiting is so difficult is that the reward is so special.

The first president of Space Services, astronaut Deke Slayton, was originally scheduled to be on the second Mercury orbital flight in 1962. Deke was grounded by a heart murmur and had to wait 13 years and visit countless doctors before he was able to launch into space aboard Apollo-Soyuz in 1975 – it was that important to him. 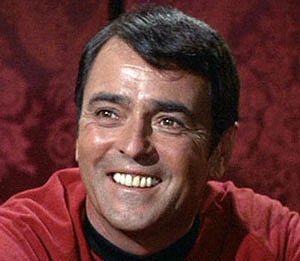 Fortunately, no one has had to or ever will wait that long for a memorial spaceflight. The current incredible growth of commercial space activities guarantees that more and more, the choice to commemorate someone’s life with a memorial spaceflight is an achievable goal. With Celestis, one can be assured that even though we are still in the “Wright Brothers era” of commercial spaceflight, we will continue to offer our uniquely compelling memorial service through an ever increasing number of providers, offering ever more choices for people all over the world.

What is more appropriate as we become a multi-planet species than to take our rituals, memorials, and remembrance practices along with us? Celestis is the pioneer, but the families of Celestis participants – often patiently waiting for the next flight – are the real reason why we are able to offer this most compelling memorial service. That’s the reason we keep each family fully informed of the latest launch news, take the time to answer each family’s questions, and provide families a truly memorable launch experience -- whether they attend the launch and related activities in person or online. In short, our mission is to help families fulfill their departed loved ones’ dreams of spaceflight. While launch schedules may change, in the end making spaceflight dreams come true is what our service is all about.