A Tribute to Wende & James Doohan, and All Those Who Inspire Us 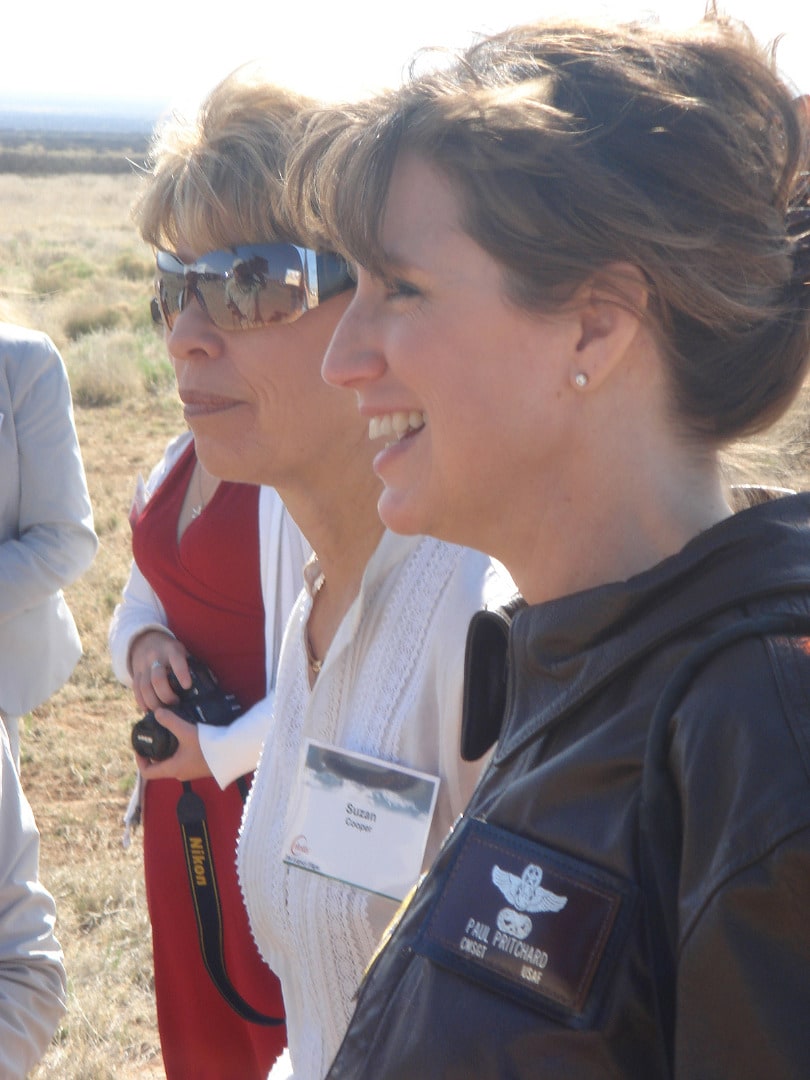 by Marc B. Lee
Celestis Ambassador

I believe those who tickle our fascination with space and beyond should have a special place amongst the stars in gratitude of that deed. Wende Doohan's husband James Doohan -- Star Trek's "Mr. Scott" --  is one of those people. With her at his side, Jimmy showed us that a Chief Engineer is the heart of any one starship and without his constant attention, the melding of his soul to vessel, no way could we achieve our release into the cosmos nor the confidence of our return. Wende is the sort of woman who enhances her partner to outstanding and convincing performances and by doing so, has made many of us lifelong fans.

When I first met Wende, it was during Jimmy's last convention appearance at the Renaissance Hotel in downtown Hollywood. I was the emcee and in honor of Jimmy, we provided an array of Trek and science celebrities including the organizers of the XPRIZE space competition and the world famous astronaut Neil Armstrong, who was a huge “Scotty” fan. Wende was always steadfast at his side and that's when I noticed her endearing love to a man who was experiencing the ravages of disease: her attention to him; her tender defense towards those who may approach with a little bit more enthusiasm than she would like; and her observation of Jimmy's interaction with the fans who so desperately wanted to meet him. Wende was so steadfast and passionate towards this man she called husband and it showed with great fortitude. She was perfect for him. Of course I'm pretty sure Jimmy knew that as well. You could see it in his eyes. 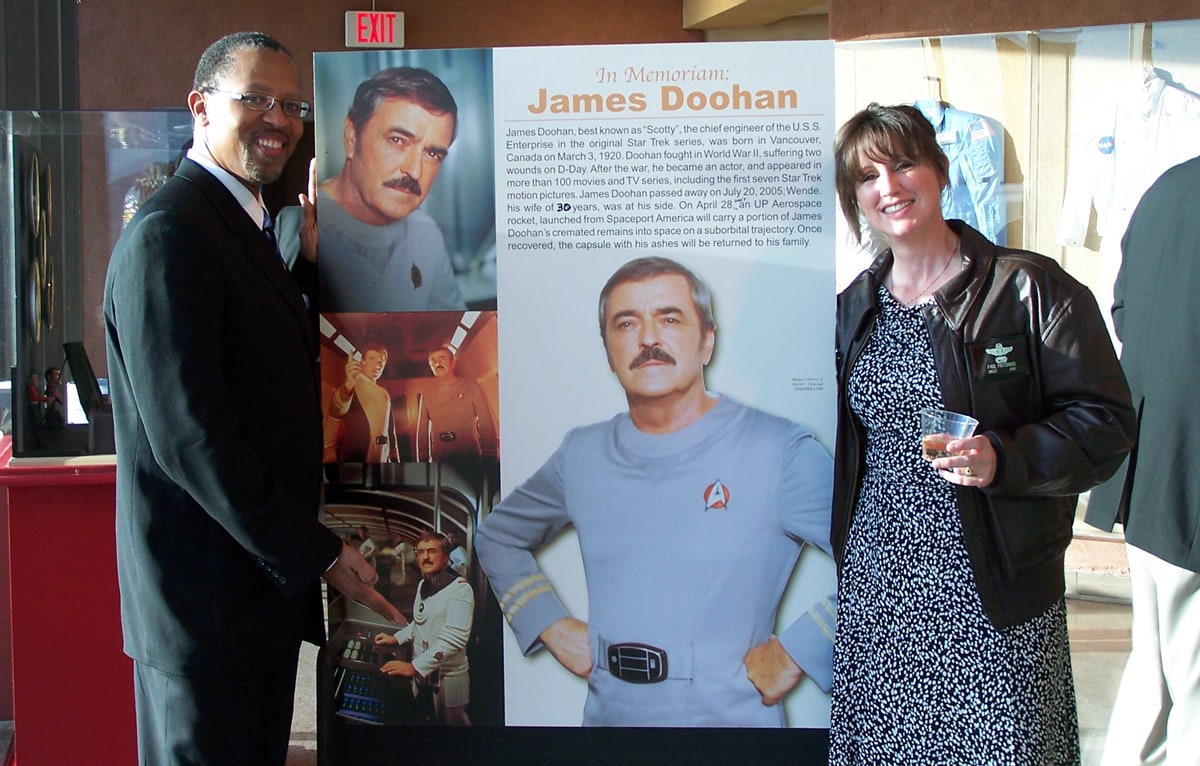 I was asked to be a part of Celestis' Legacy Flight in New Mexico where we first launched some cremated remains of James Doohan into space. I was tracked down somehow (lol) and asked to be a speaker at the ceremonies. Saying it was an honor would be an understatement. The honor to speak at anyone's memorial brought both excitement and fear. Knowing that my words would be an added part to this man's legacy was unnerving, but with the help of Wende's appearance and the fantastic people at Celestis, I think I did him a bit of what I sought out to achieve.

Seeing and communicating with the people who instilled the thrill and future of spaceflight would forever remain in my psyche as the most important growth builder of the person I am today. Veterans of the motion picture and television industry, who gave vision to our current creators of our advancement into space, deserve the same recognition as those who actually traveled there. Visionaries like the Roddenberry's and James Doohan should be commemorated with Celestis Memorial Spaceflights. Because of their willingness to expand our minds and our horizons, we have chosen, as an organization, to help our mentors go beyond the boundaries of our planet in an attempt to place them forever within the arms of our solar system and the galaxy. 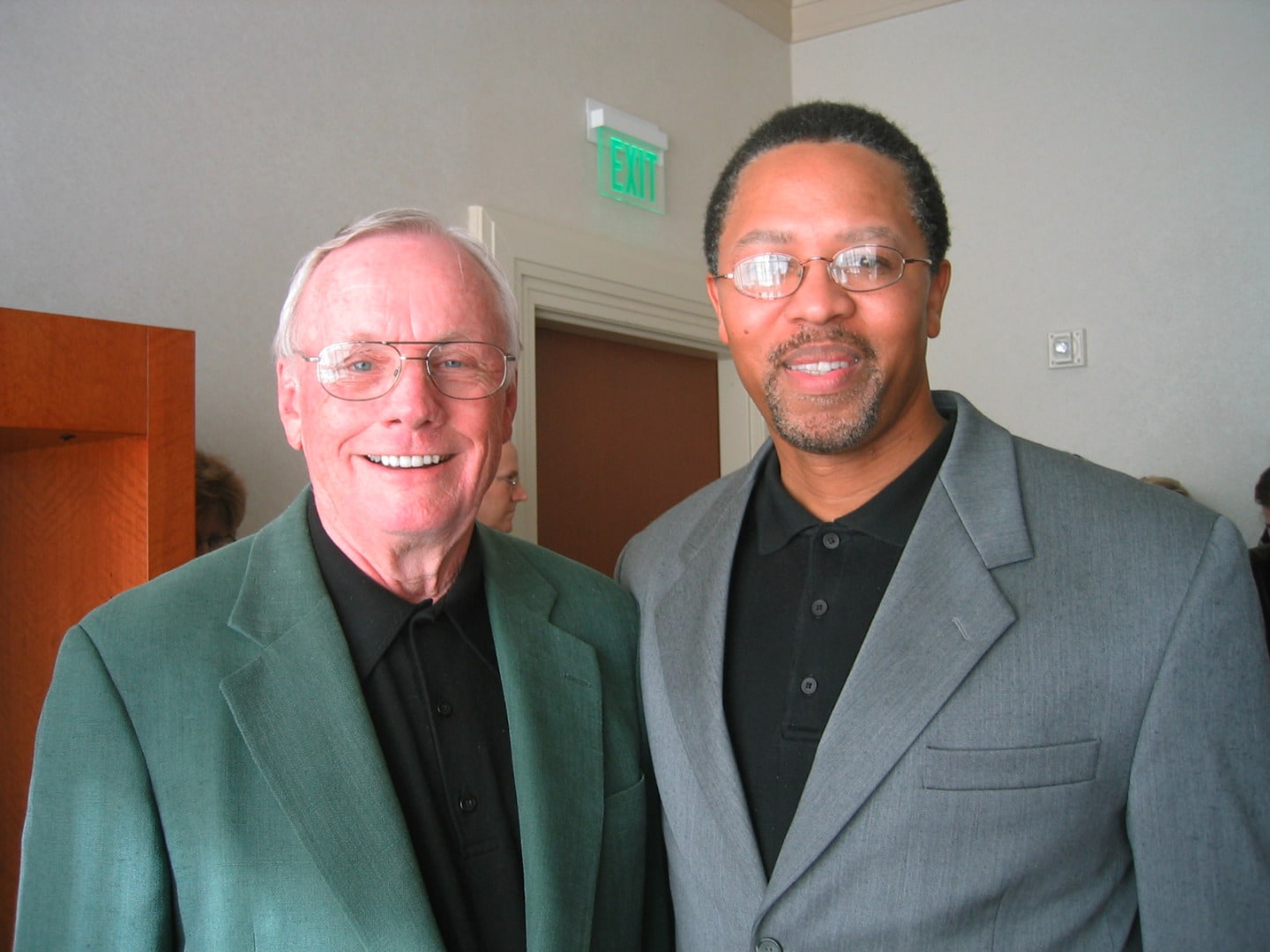 The upcoming Enterprise Flight will once again place a little of Jimmy amongst the stars and also into deep space. He will share cabin space with Star Trek creator Gene Roddeberry and his wife and co-star Majel Barrett Roddenberry. It's only fitting that these monumental influencers of our dreams and desires be placed in outer space -- a destination to which we ourselves so often imagine flying. With Celestis we can all journey there as well. I encourage you to check out our website for information about how to join Jimmy, Gene and Majel on future missions.

The fact that you or your loved ones can fly on memorial spaceflights is part of the wonderful legacy of the space age -- an era of exploration and discovery we have so loved in our lifetimes. I hope we can provide this unique, commemorative service for you.

Celestis has been honored to serve the Star Trek community for over 20 years.