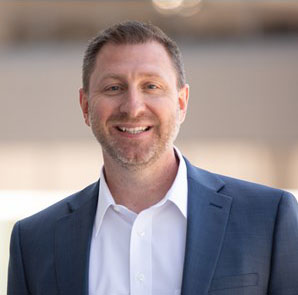 Colby Youngblood, Celestis’ President, marveled at the career course that brought him to the industry’s iconic leader in memorial spaceflights: “There have been a lot of things that have happened in my life that have set me on a course, an intersecting course with Charlie [Chafer, Celestis CEO] and Celestis. Some of those things were just very unique jobs that most people don't know the Air Force does.”

Colby joined the United States Air Force (USAF) at age 17 and served 20 years before retiring from active military service. During this time in the USAF, his lessons learned in leadership strategy led him to teach the subject to thousands of airmen. “One of the coolest jobs I had in the Air Force was teaching leadership and leadership development, management skills, HR skills, and teaching it to Air Force first-line supervisors. We were preparing young men and women, most in their early twenties, how to go out and be a first-line supervisor for the first time, which was extremely rewarding. If you teach leadership, management, and good communications, it becomes embedded…and I think that's what changed the trajectory of my professional life, teaching leadership and management,” Colby related.

Colby also inadvertently learned another skill: event management. “On top of that, to drive that home, the course we taught was six weeks long. At the end of six weeks, we put on a 300-person, formal graduation ceremony and banquet, with food, awards, and the whole thing. So, I added that up one time…over the course of five years, I did 33 graduations. So, I got fairly good at planning. Never in my life did I think that I would ever use those event planning skills again!” he laughed.

Like many youngsters growing up during the early Space Shuttle era, Colby also was fascinated by spaceflight. He remembered, “When I was a little kid, I loved rockets and space…I desperately wanted to be an astronaut right around 1985. I was very interested in the Space Shuttle Program…I've always felt this attachment to the NASA and Space Shuttle; I just haven't had the opportunity to pursue it. But it's part of why I went down the Air Force path.” With his eyes on the stars, Colby earned his bachelor’s degree in Professional Aeronautics from Embry-Riddle Aeronautical University, a university known in the space industry as the “birthplace of astronauts.”

Colby’s experience in leadership strategy gleaned from his time in the Air Force led him to earn his M.B.A. with a specialization in executive leadership from the University of Houston. Before joining Celestis, he was a successful business management consultant, acting as a co-CEO to help small businesses become more efficient and profitable. Colby has a passion for leading teams and developing relationships. His expertise spans from professional development and leadership training to cross-functional team leadership and culture development. Colby enjoys negotiating as a hobby and was excited to attend Harvard University’s flagship negotiation course: Negotiation and Leadership at Harvard Law’s Program on Negotiation.

The last decade has brought about sweeping changes in both funeral services and aerospace. Commercial spaceflight, considered a novelty during the early days of Celestis’ parent company, Space Services, Inc. of America, has grown exponentially. When the commercial space industry surged in growth, Colby was called upon to join Celestis, a role that allows him to expand the company’s development, professionalism, and entrepreneurship. He emphasized, “What I'm doing is bringing in a corporate mindset and structure while still maintaining the entrepreneurial spirit that Celestis was founded upon.” Colby is responsible for all Celestis operations with a particular focus on staff management and fulfilling all significant financial goals of the company.

Colby works closely with Celestis’ CEO and co-founder, Charles M. Chafer, to develop and nurture the company’s culture. He is humbled by Celestis Memorial Spaceflights’ heritage, which spans back to the early 1980s with the launch of the world’s first privately funded rocket, Conestoga 1. He enthused, “It’s definitely an honor. When you start looking at the heritage of Celestis, where it all started with Space Services, Inc. of America…I believe Deke Slayton was considered its [Space Services, Inc. of America] first president.”

He added, “And then, you look at what Charlie has done; he’s a true commercial space pioneer. What a humbling experience it is for me to come in and say, ‘Okay, I'm going to be the third senior leader among these first commercial space companies; the first one, Deke, being one of the first Mercury astronauts. And then, wow, and the second senior leader to run the company is Charlie, who worked directly with Deke and David Hannah, Jr., and put Celestis where it is today. How cool is that?”

Some text for this piece was derived from Celestis Leadership.