Message Sent Into Space (And What We've Heard Back) 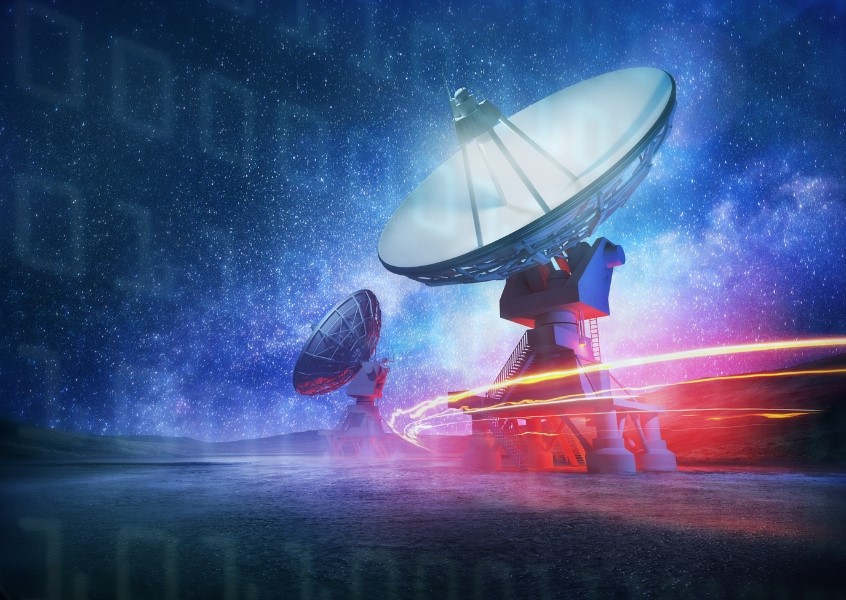 At the turn of the 20th century, a quest for signals was initiated due to the possibility of life and civilizations on Mars. As radio technology advanced, a much more effective method of searching for and communicating with extraterrestrials became possible.

On November 16th, 1974, the Arecibo Radio Telescope in Puerto Rico sent out the strongest signal ever sent into space. The broadcast's goal was to showcase humanity's technical advancement. Renowned SETI researcher Frank Drake and famous scientific communicator Carl Sagan created it. The Arecibo Message has remained the most widely publicized effort to contact extraterrestrial intelligence in the forty-eight years since its transmission.

Due to the current technological advancement, the possibility of making contact with extraterrestrial life is higher than ever. However, we won't have to wait too long for an answer when we finally make that call to ET, And the plans of finally placing that call are already in place. Researchers worldwide, led by NASA's Jet Propulsion Laboratory's Jonathan H. Jiang, have created a new signal called "The Beacon in the Galaxy" message. Every METI attempt to date, including the Voyager Golden Records, Pioneer Plaques, and Evpatoria Transmission Messages, is combined with elements of the revised Arecibo Message to create this new signal.

Also, sending a message into deep space is now available to everyone, thanks to Celestis Memorial Spaceflights. "The Enterprise Flight," the inaugural Celestis Voyager Memorial Spaceflight, will take off from Earth and journey three million kilometers into deep space. So it's now possible for you to take part in that endless space voyage and go "where no one has gone before"! For those who wish to join the Star Trek legendary explorers (Nichelle Nichols, the Roddenberrys, and "Scotty" Doohan) remains as they journey into deep space, all you need to do is add your names or messages to the Celestis MindFile™. 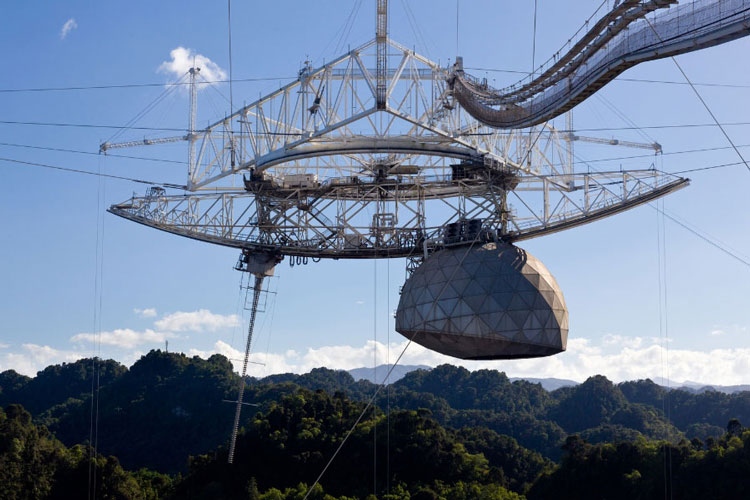 The Arecibo Observatory, also known as the National Astronomy and Ionosphere Center (NAIC)

The transmission was part of a celebration to commemorate the completion of a three-year upgrade to the 305m Radio Telescope at Arecibo. A graphic message was sent to our alleged cosmic neighbors in the M13 globular star cluster. About a third of a million stars make up this cluster, located about 21,000 light-years away towards the Milky Way's outskirts. The usage of Arecibo's megawatt transmitter coupled with its 305-meter antenna gave the broadcast a tremendous signal. When using the antenna, the transmitter's power was focused on a specific sky area. This emission was equal to broadcasting at a power level of 20 trillion watts. It could be picked up by an antenna the size of Arecibo just about everywhere in the galaxy.

The deep-space message comprised 73 lines with 23 characters each, totalling 1679 bits. And the purpose of these two prime numbers was to aid the aliens in deciphering the message. Frequency shifting at 10 bits per second was used to broadcast the "zeroes" and "ones." The duration of the transmission was under three minutes. This message was illustrated in a graphic that was reproduced there. It included the Arecibo telescope, DNA, our solar system, a stick representation of a human, and various biochemicals found on Earth. Even though it's doubtful that this brief inquiry would ever elicit a response, the exercise was beneficial in forcing us to consider the challenges of communicating over extreme distances, time, and a potentially substantial cultural divide. 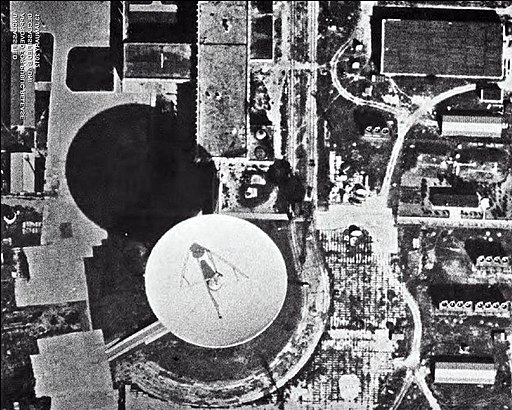 Since the start of the Space Age, several attempts to send a message to space with the hope of contacting extraterrestrial life have been attempted. The Morse Message, transmitted in 1962 from the Ukrainian Evpatoria Planetary Radar, was the first radio communication consciously beamed into space. This transmission consisted of a series of short radio transmissions to Venus, each of which was encoded with the phrases "Mir," "Lenin," and "USSR" in Morse code. There were also further attempts to send signals to stars 17 to 69 light-years away from Earth between 1999 and 2016. 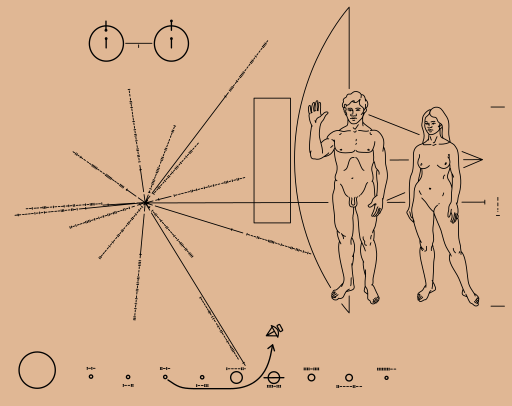 The illustration on the Pioneer plaque

The Pioneer Plaques, installed aboard the first crewless missions sent beyond the Solar System's outskirts, are another example of an attempt to communicate with alien life. Carl Sagan conceived of sending these signals as the first message from Earth to the stars. This message to outer space featured the position of Earth in our galaxy, two circles that stand in for neutral hydrogen, and drawings of a naked woman and man standing next to a spaceship. Then came the Voyager Golden Records, which were more of a time capsule in nature and were also created by Carl Sagan and his associates at Cornell University. Instructions for playing the record were shown on the front of the record, with sounds and visuals representing Earthly life and culture. Voyager Golden Records also included a pulsar map and a picture of neutral hydrogen on the original Pioneer Plaques. Despite the many attempts to DM the ET, we are still waiting for a response. Perhaps the messages are still boldly journeying the vast space and have yet to reach a system inhabited by intelligent species. 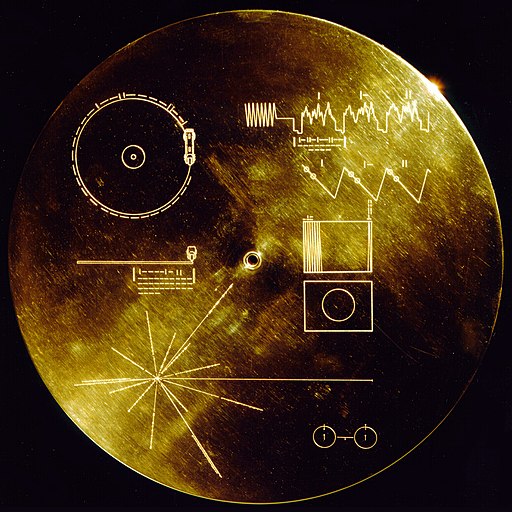 A New Message to the Aliens "Beacon in the Galaxy" 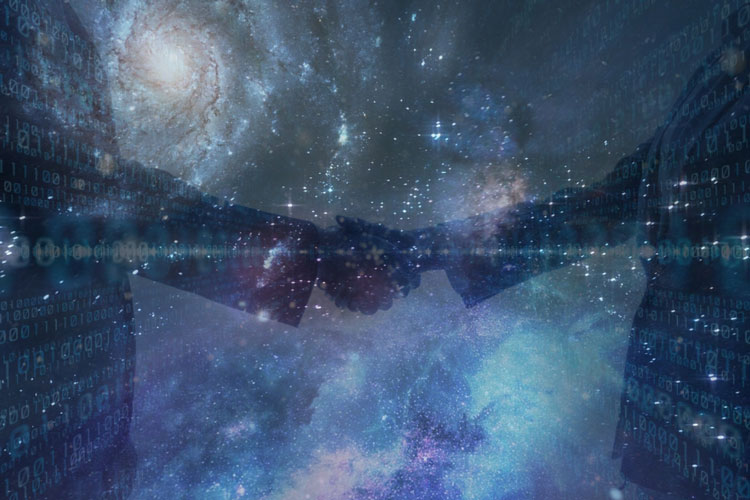 In its essence, the concept of a Beacon in the Galaxy message is relatively straightforward. The scientists will broadcast this binary-coded message towards the direction of our Milky Way's galactic core through radio waves. These scientists, like their predecessors, believe that physics and mathematics provide humanity's best chance of establishing contact with alien civilizations. Although human language and culture are essential to understanding who we are as individuals and how we interact with others, extraterrestrial intelligence might struggle to make sense of them. These researchers claimed that using binary to transmit a message will be understood by every form of intelligence in the universe.

The message is divided into 13 sections, 25,500 bytes, or around 204,000 effective binary digits. These same scientists decided that the SETI Telescope in California and the FAST telescope in China would be in a good position to send a message into space based on the best time during a specific year. The message will contain the following information in particular:

There's also a timestamp encoded corresponding to when it was sent into space, relative to a chronology that begins with the Big Bang.

While we have yet to engage in meaningful conversation with potential life outside of Earth's origin, our scientists, philosophers, artists, and everyday curious continue to look for new ways to let the universe know that we are here and our existence is open to meeting other beings from space.