Why I Am Sending a Celestis MindFile™ to Deep Space 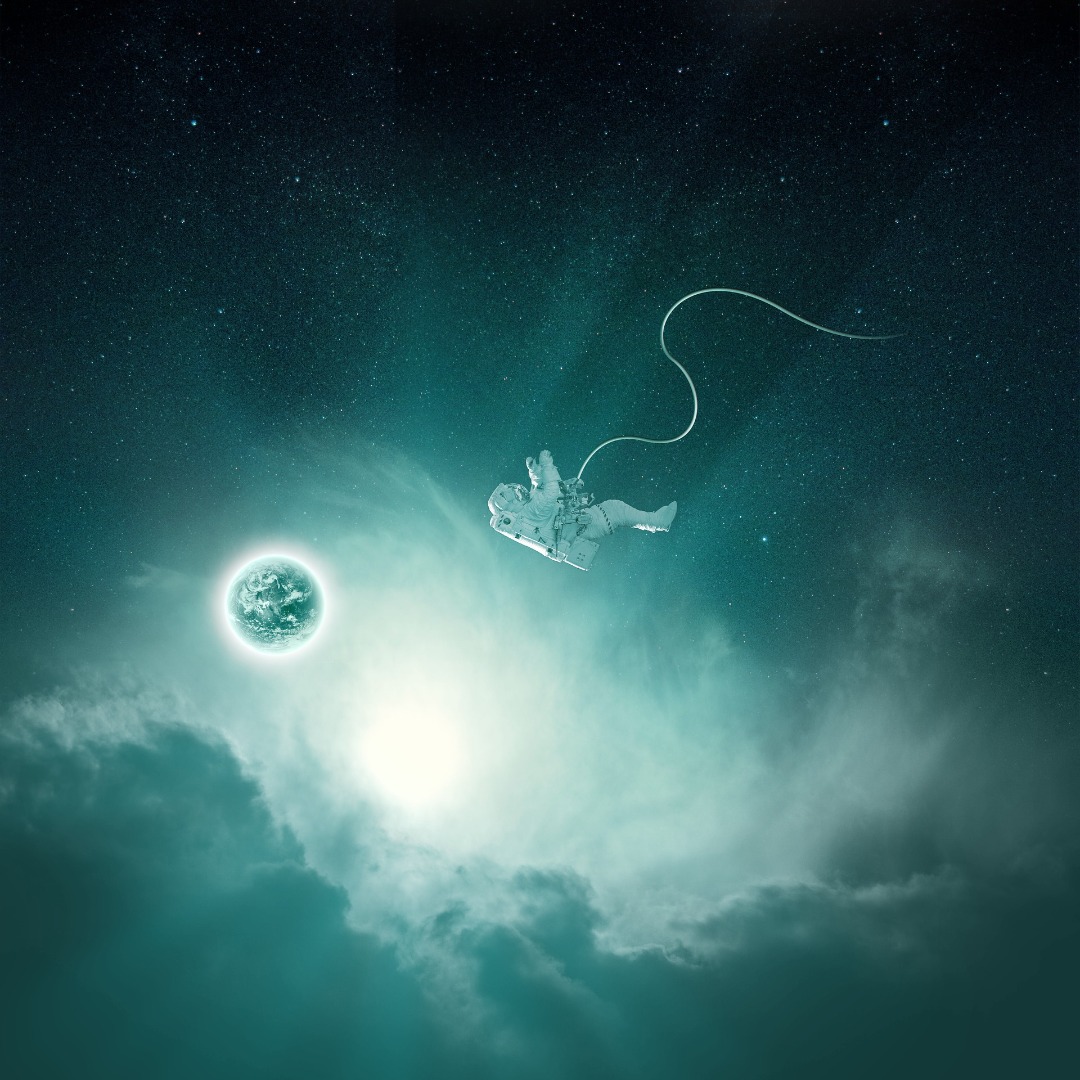 As a lifelong “space nut,” I’ve always been fascinated with historic spaceflights. As an impressionable space gaga child growing up not far from Kennedy Space Center, I pored over old issues of National Geographic that chronicled the Voyager and Pioneer 10 and 11 missions and dreamed of a time when “regular people” like me could send our messages into space – to perhaps be rediscovered, one day, by other civilizations. However, during the 1980s, this idea was relegated to a distant future.

Now, with Celestis MindFiles™, everyone is welcome to send messages, artwork, images, photos, and even poetry on a true mission of purpose that will orbit the Sun for eternity. Launching on Celestis’ early 2023 Enterprise Flight aboard a rocket called Vulcan, Celestis MindFiles™ will also make real spaceflight accessible to the public.

In the interest of transparency, I work for Celestis as its Director of Content. So why did I decide to purchase my own Celestis MindFile™? The answer is not as apparent as it might seem.

My Cosmic Message in a Bottle

I uploaded a photo from a recent family trip to Epcot – our favorite earthly destination – and a message expressing my love for them to the Celestis MindFile™. (Note: data uploaded to our website is secure and is not shared with any third-party vendors.) Here was my thought process behind becoming a Celestis spaceflight participant.

As mentioned before, as a child, I was hugely influenced and inspired by the Voyager and Pioneer interplanetary missions launched during the 1970s. The “Pioneer Plaques” launched aboard the Pioneer 10 and 11 spacecraft, which carried subtly encoded messages – including the structure of hydrogen, depictions of the Solar System, a simple diagram of the Pioneer spacecraft, and a man and woman – functioned as the first messages of Earth sent into an unknown abyss. While these spacecraft have long stopped communicating with Earth, you can still view them – and their locations – on NASA’s Eyes on the Solar System website. 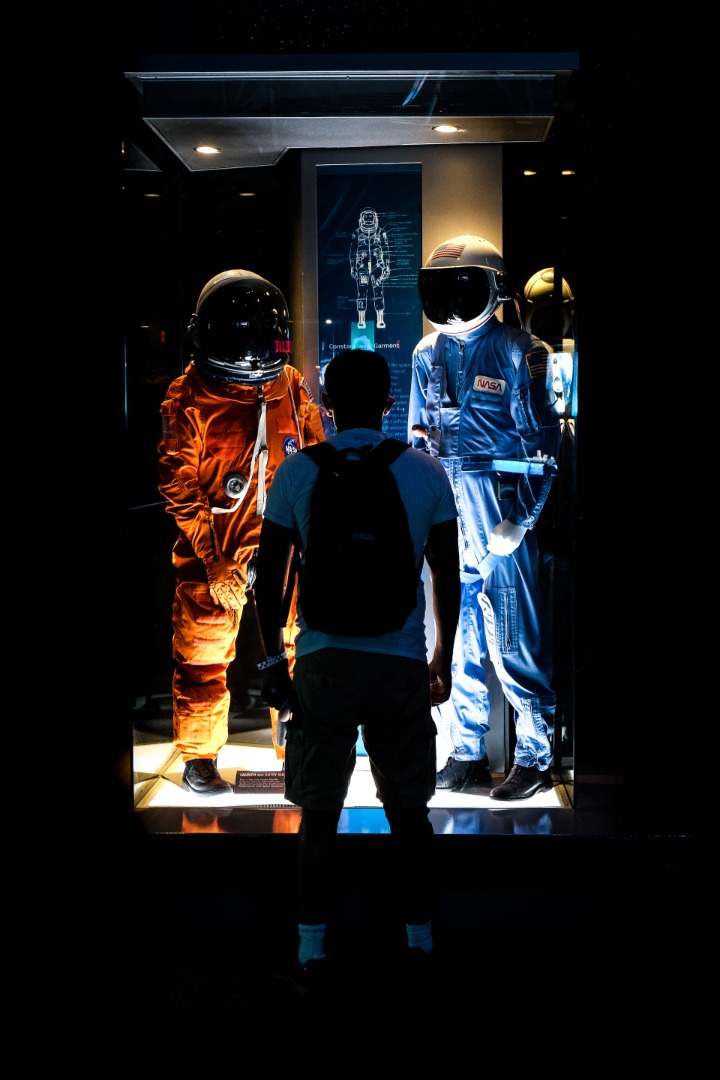 Photo by Joe Han on Unsplash. Celestis MindFiles™ allow you to be a part of a historic spaceflight first, just like NASA astronauts.

The Voyager 1 and 2 spacecraft are famous for completing the “Grand Tour” of our Solar System, providing humanity with never-before-seen images of Jupiter, Saturn, Uranus, and Neptune. They also carried a special payload – the Voyager Golden Records. These records weren’t like the vinyl records sold in music stores at the time (remember those?). They carried imagery of Earth, messages from world leaders, music from all corners of the globe, and sounds of our planet. The Voyager Golden Records were even supplied with a needle, so if a future (or alien) civilization came across them one distant day, they could play them.

However, the Pioneer Plaques and Voyager Golden Records were assembled by scientists. While they ably “sum up” our planet, there was no input from the general public into their contents. The same goes for other interstellar messages beamed into deep space during that decade. While the Arecibo Message sent encoded messages to star cluster Messier 13 representing our world, scientists devised them.

I’ve always felt that the human touch is missing from spaceflight – it’s one thing that gets lost in the electrons and technology-speak. For example, I’ve always loved reading about the Apollo lunar missions, but a lot of the human element is lost if one surveys the mission reports. You must dig into the transcripts and photos to better know the disparate personalities that made those legendary missions happen. While I respect and admire the scientists who made the deep space messaging of the 1970s possible, I always wished that “regular people” like me could leave their imprint upon the deeper Solar System. I always wanted to leave my “cosmic message in a bottle” to say, “Hey, I lived on Earth during this time; here’s what I loved and want to get across.” It’s no different to me than caveman drawings our earliest ancestors left behind or the first words etched on papyrus.

The Celestis MindFile™ concept allowed me to send my message of love into deep space, where it will orbit the Sun for eternity – to be perhaps rediscovered by future humans or even other lifeforms. As much as I’d like to, I know I won’t live forever. But my sentiments will survive for generations to come – in deep space.

Also, it’s affordable at $19.95, making it possible for people across the globe to participate. I believe that the Celestis MindFiles™ concept proves that as spaceflight becomes more accessible and increasingly democratized, more people will have opportunities to send their messages into space. On Today, Black Friday, November 25th, a Holiday Gift Pack of Celestis MindFiles™ is on sale at a discounted price of $49.95 (originally $80).

Being a Part of a Historic Space Mission

If I were ever offered a trip to space, I’d take it. As a space buff, I would also LOVE to be a part of any historic first in space. There’s only one opportunity to be the “first” at anything in spaceflight. Valentina Tereshkova, the world’s first woman in space, knew this, as well as Apollo 11’s Neil Armstrong and Buzz Aldrin. Their brave achievements will forever be remembered in our hearts and on the pages of history and science books.

Now, I seriously doubt I’ll ever be offered a trip to space during my lifetime. While the price of “space tourism” likely will decrease, I have health issues that probably would preclude my participation. But being able to contribute to the Celestis MindFile™ is the closest I’ll get – and the Celestis Enterprise Flight is chock-full of space firsts.

Enterprise Flight is Celestis’ first deep space Voyager Service. It will be aboard the first launch of United Launch Alliance’s Vulcan rocket. In addition, its sister mission, the Moon-bound Tranquility Flight, is nestled aboard the first U.S. lunar lander since 1972’s Apollo 17 (and the lander, Astrobotic’s Peregrine Mission, is the world’s first commercial lunar lander). When Enterprise Flight’s Centaur upper stage establishes a stable solar orbit, it will be renamed Enterprise Station. This step will fulfill yet another milestone – the world’s first permanent outpost of humanity in deep space.

In addition, those who purchase Celestis MindFiles™ will be able to access exclusive content, including the Enterprise Flight memorial service and a launch webcast. You’ll even be invited to the launch to see your message leave Earth on a forever spaceflight when Vulcan lifts off in early 2023.

I’ll likely never wear a spacesuit and astronaut helmet and swagger into a NASA van headed triumphantly to Launch Complex 39A at Kennedy Space Center. While it’s been a dream of mine (and many) to fly to space as an astronaut, I accept that not everyone will get that opportunity. But thanks to Celestis MindFiles™, I will be a part of several historic space firsts and will be in space.

And you can, too.