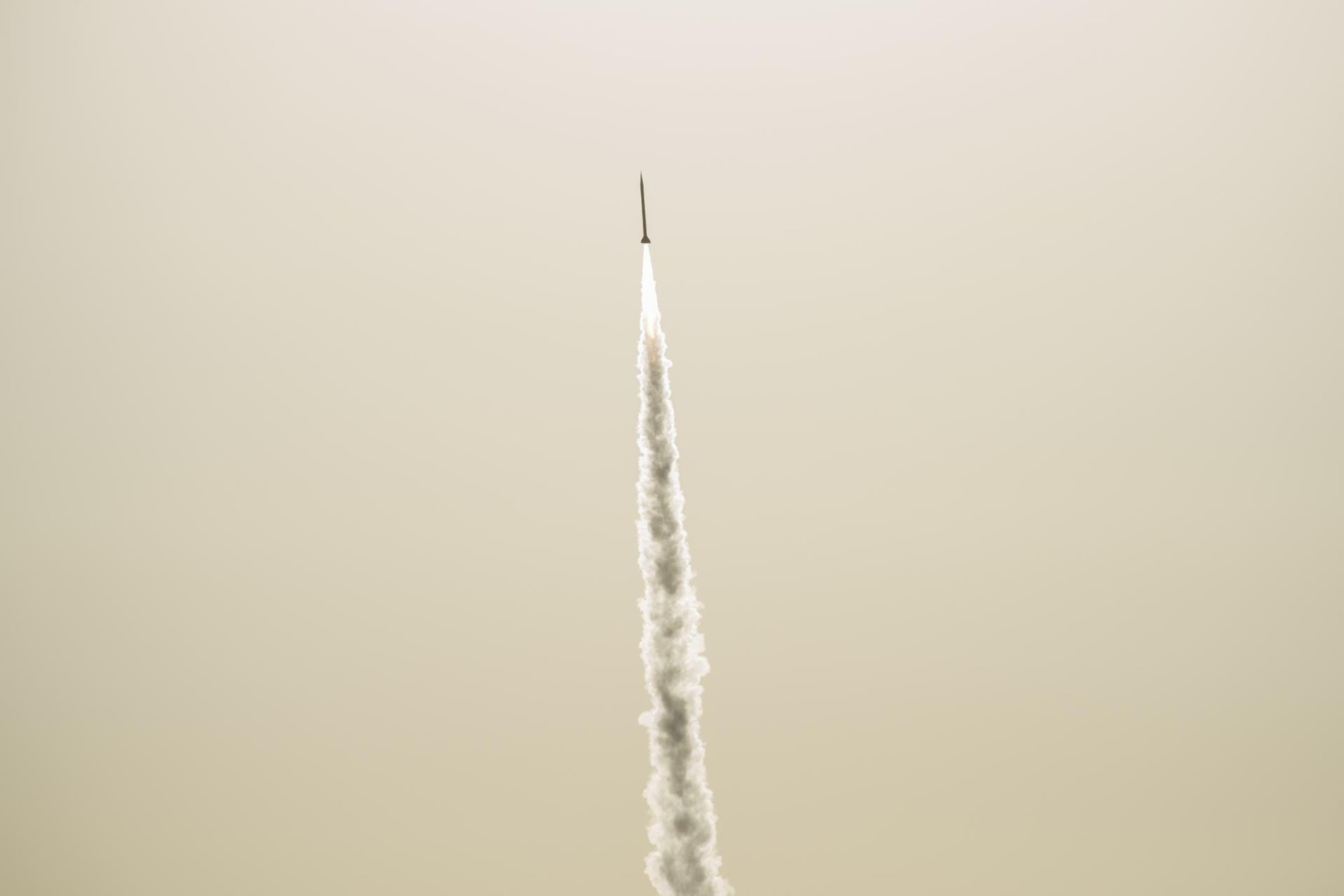 2018 NASA photo of an UP Aerospace SpaceLoft suborbital rocket launch

The launch provider for Celestis Memorial Spaceflights’ Aurora Flight is UP Aerospace, described by the company’s website as “a space launch and flight test service provider specializing in advanced engineering, launch technology development, and state-of-the-art rapid and low-cost launch operations.”

Created in 1998 and incorporated in 2004, UP Aerospace is based in Denver, Colorado, and launches its suborbital spaceflights from Spaceport America near Las Cruces, New Mexico. Since 2006, the company has launched 14 SpaceLoft™ XL rockets from Spaceport America, proving its capabilities as a low-cost, world-class launch provider.

According to UP Aerospace’s website, reusability is also a key company strategy, which further drives down the price of suborbital spaceflights:

Our launch operations and SpaceLoft sub-orbital launch vehicle were designed and built from the ground up as a highly reliable, low-cost Reusable Launch Vehicle (RLV) system. Flight hardware re-usability has been a key program requirement for the SpaceLoft launch program, enabling further advancements in low-cost space launch operations. UP Aerospace is using these proven technologies to develop a larger sub-orbital vehicle for increased micro-gravity time, payload size, and to perform hypersonic missions in excess of Mach 10. 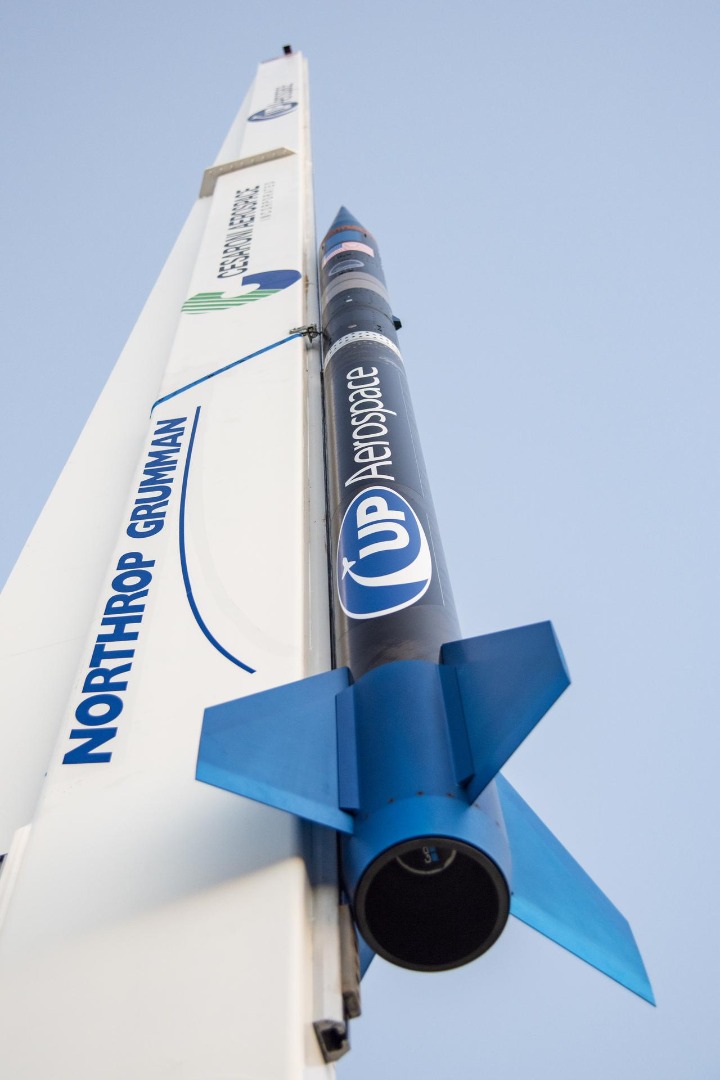 This larger suborbital vehicle currently in development is called Spyder and will have two- and three-stage variants for increased Mach speeds and time in space’s microgravity environment. In addition, UP Aerospace, in collaboration with NASA, is developing a four-stage version of Spyder capable of orbital spaceflight that can deploy up to six CubeSats. This will further open “the high frontier,” enabling lower-cost spaceflights to Earth orbit.

According to a previous Celestis Memorial Spaceflights article, “In 2017, UP Aerospace and Cesaroni Technologies Inc. created a state-of-the-art solid rocket motor manufacturing and test facility at Spaceport America. The new facility, called the Space Propulsion Center (SPC), is co-owned and operated by the two companies and is adjacent to the UP Aerospace Sub-Orbital Space Launch Complex. Since 2017 the two companies have manufactured and static tested dozens of motors.” In May 2021, UP Aerospace was selected by NASA as a launch provider by NASA’s Flight Opportunities Program for the NASA TechRise Student Challenge, thus inspiring new generations to pursue aerospace careers.

Celestis’ first spaceflight with UP Aerospace took place on April 28th, 2007, when the Legacy Flight launched aboard a SpaceLoft™ XL rocket from Spaceport America. Over 200 people were on board this historic launch, which was witnessed by over 300 Celestis guests and media members. The late Star Trek® actor James Doohan (“Scotty”) was on board this mission, as was NASA Mercury 7 astronaut L. Gordon Cooper.

The Aurora Flight will be Celestis Memorial Spaceflights’ ninth Earth Rise Service utilizing UP Aerospace as a launch provider. A complete list of UP Aerospace’s partners and clients can be accessed via the company’s website.

About the Aurora Flight

Sounding rockets have been utilized to study aurorae, so it’s only appropriate that the Aurora Flight – named after the phenomenon that produces shimmering, colorful, brilliant lights near the Earth’s polar regions – is being launched via a SpaceLoft™ XL sounding rocket.

The Aurora Flight is Celestis Memorial Spaceflights' next Earth Rise Service flight and is scheduled to fly on November 30th, 2022. The Aurora Flight will “close a circle” for former NASA astronaut Dr. Philip Chapman, the agency’s first-ever Australian-American astronaut. Chapman resigned from his NASA post in 1972 after the cancellation of Skylab B, a program on which he’d hoped to get a spaceflight. While Chapman did not fly in space during his lifetime, he did dedicate his life to enterprising spaceflight; he particularly had an interest in space settlements and establishing off-world communities. Thanks to Celestis Memorial Spaceflights, Chapman’s ashes will touch space during the Aurora Flight. A portion of his ashes will also be flown on our upcoming deep space Voyager Service, the Enterprise Flight.

Reservations for the Aurora Flight will close on September 15th, 2022. As the Earth Rise Service is our most affordable, intimate service with guests able to experience up-close tours of the launch facilities at Spaceport America, we expect slots to fill very soon. Don't hesitate to get in touch with Celestis Memorial Spaceflights if you are interested in flying your loved one’s ashes – or even your DNA – aboard the Aurora Flight, which will begin its journey to experience the beauty and grandeur of space thanks to UP Aerospace and its dynamic SpaceLoft™ XL launch vehicle.

Some of this piece was excerpted from “Touch the Sky: Celestis’ Earth Rise Service and the Aurora Flight” and “UP Aerospace and Celestis.”