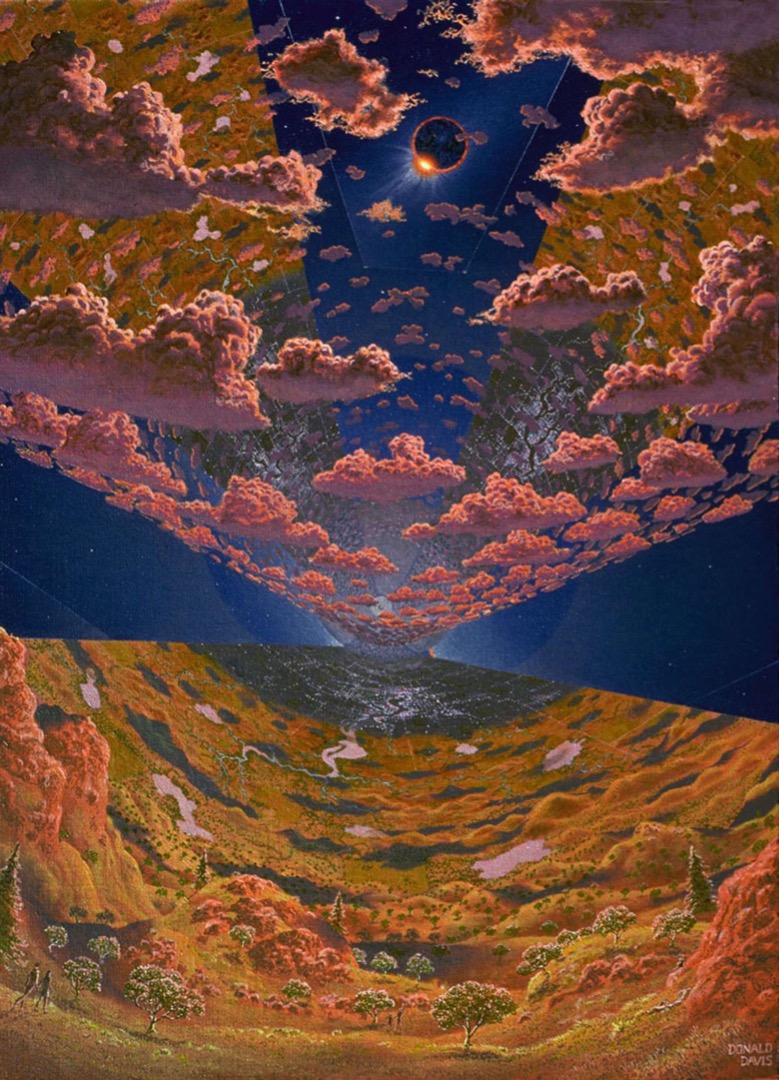 The news was unbelievable: in June 1985, Dr. Gerard K. O’Neill – who for the better part of the previous 16 years had championed human settlements in space – was diagnosed with a rare form of leukemia, and was informed he had 18 months left to live. O’Neill, who always possessed boundless energy, and had channeled much of his time that year into his fledgling satellite company, Geostar, at first did not believe his diagnosis. After medical tests confirmed it, he and his wife, Tasha, were thrown into a crisis of confidence: would he live long enough to see some of his innovations come to pass? Would he live to enjoy the company of his family much longer? Would he ever fly in space?

Flashback to 1969, and O’Neill, a particle physicist by trade, was devising challenging projects for his more advanced physics students at Princeton University. 42 years old and topped with his signature “Spock” haircut, he’d already earned a reputation as an industry innovator, having invented the particle storage ring. He’d also been bitten by the space bug, and in 1966 tried out for NASA’s astronaut corps, narrowly missing the cut for the 1967 astronaut-scientists group. In his words, from a 1975 interview reprinted on the National Space Society’s website: “One of the things I felt most concerned about was that this was the peak time of disenchantment with anything in science and engineering. The students who were good at science, and particularly the students who were good at engineering, felt very defensive about it, because all of their friends and their roommates were saying that they weren't doing anything relevant. And I felt that, despite the bad times, improvements in the human condition could be reached by using science and engineering in the right ways, as opposed to the wrong ways.” 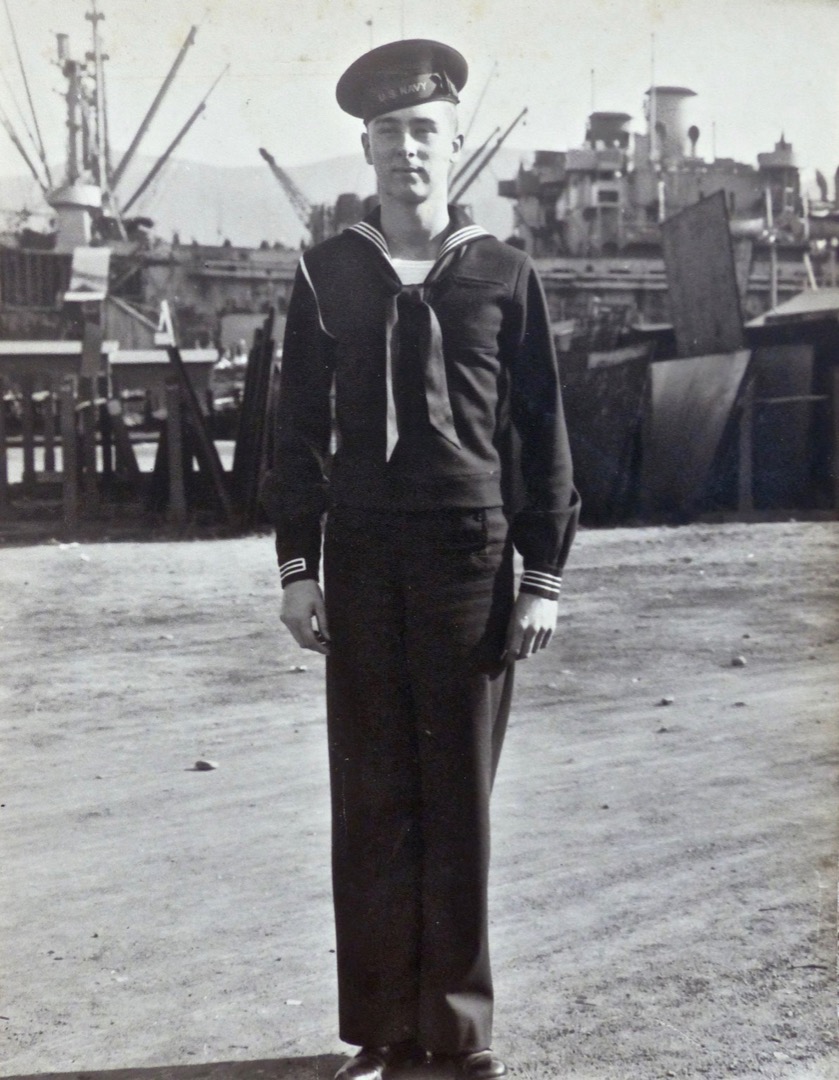 This semester occurred months after 1968, an extremely difficult year for the United States. The Vietnam War was raging, Robert Kennedy and Dr. Martin Luther King, Junior were assassinated, the presidential race was contentious, and the streets filled with rioters. But that year also saw astronauts orbit the Moon for the first time, and prepare for the ultimate goal set out by President John F. Kennedy at the beginning of the decade: landing humans on the Moon. O’Neill saw that the space and science communities needed to reconcile its goals with societal goals, such as caring for the environment, stopping international and domestic conflict, and managing resources. He added in the 1975 interview: “…I don't know where, it occurred to me that the first reasonable question to ask was: ‘Is the surface of a planet really the right place for an expanding technological civilization?’” The answer turned out to be, “No.”

O’Neill was “…getting interested quite quickly. There was the question of how to make [the settlements] as earth-like as possible, because certainly right from the beginning, my feeling certainly was, that I had no desire to go the route of just inventing a big spaceship or something that would be a space station. That had no interest for me at all. This was to be something that was to be potentially beneficial for a lot of people. It had to look an awful lot like the Earth.” From this idea, the seeds of his article entitled “The Colonization of Space” was born. However, his ideas were considered too far-out and fantastic for much of the scientific community at the time, and his article collected an impressive stack of rejection slips from nearly every major scientific journal. 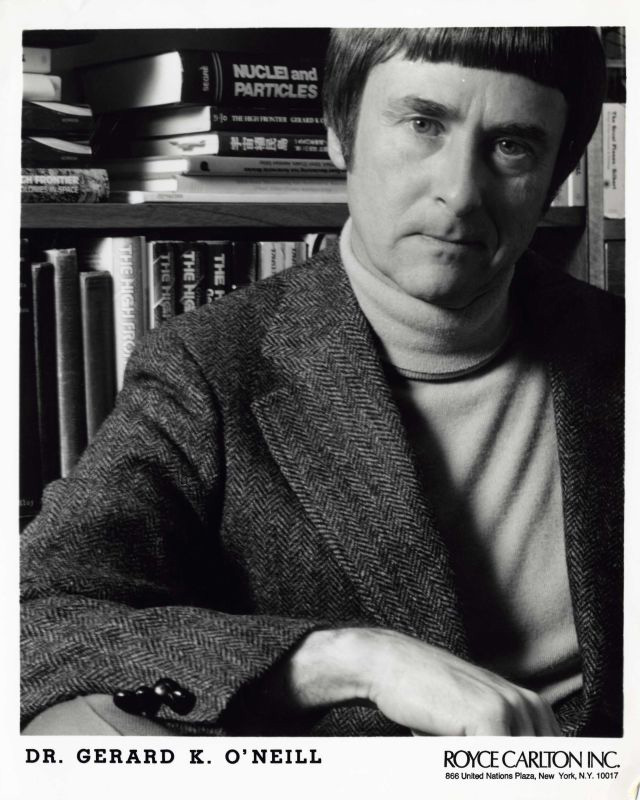 O'Neill pictured in 1981, around the time his book 2081 was published. Image Credit: Simon and Schuster

Three things happened in 1972 and 1974 respectively that would keep O’Neill from abandoning his ideas entirely: he was invited to lecture about space settlement by former astronaut and friend Dr. Brian O’Leary at Hawthorne College, and his article was finally published in Physics Today. The third and final event would cement his status as a rising sci-comm rock star: a front-page article about his vision in The New York Times. O’Neill became a bonafide celebrity, and he and his wife had to de-list their phone number.

The rest of the decade was filled with accomplishments and accolades for O’Neill, who was profiled in countless magazines, and even appeared on The Tonight Show with self-professed space nut Johnny Carson. One of the first major grassroots space advocacy groups, the L5 Society, would form in 1975, and was based upon O’Neill’s vision (the group eventually would merge with the National Space Institute in 1987 to become the modern-day National Space Society). NASA provided some funding to host three summer studies about O’Neill’s settlements during 1975, 1976, and 1977 at its Ames center. But perhaps his biggest accomplishment during the decade was publishing a book entitled The High Frontier: Human Colonies in Space in 1977. This book would provide the template for a non-space agency, independent vision of space habitation, and is still highly influential.

While the 1980s saw O’Neill’s space habitation vision decline in popularity, he was still well-prepared to face the decade. In 1981 he published a second book, 2081: A Hopeful View of the Human Future, and in 1983 released a third, The Technology Edge. He also entered the third phase of his career as an entrepreneur. In 1980, O’Neill would work to patent an idea called Radio Determination Satellite Service (RDSS). While GPS – now popularly used on our smartphones to get us to and from landmarks – was a new service, it was only available for military purposes at this time. O’Neill’s idea – which would come to be known as Geostar, the project he began in 1983 – was to make satellite positioning services available to all kinds of vehicles, and to make it eminently useful for vehicles – and people – in emergencies. O’Neill drew on his own experiences as a pilot to pioneer this particular technology, as well. With typical practicality and intensity, he went all in on Geostar, full swing.

…Then came the devastating diagnosis. Initially, O’Neill’s prognosis was bleak, but advances in leukemia treatment and his diligent tracking of his own illness saw him far outlive the initial timeline of 18 months. For seven years, O’Neill continued to work, at times from a hospital bed; while Geostar’s assets ultimately were sold to Iridium in the early 1990s, he is still considered a pioneer in geopositioning applications. He worked to patent technology for a type of Maglev train, and also continued to be involved in the Space Studies Institute, a non-profit he and Tasha founded in 1977 to explore private-sector spaceflight endeavors. However, on April 27, 1992, his journey on Earth came to an end. 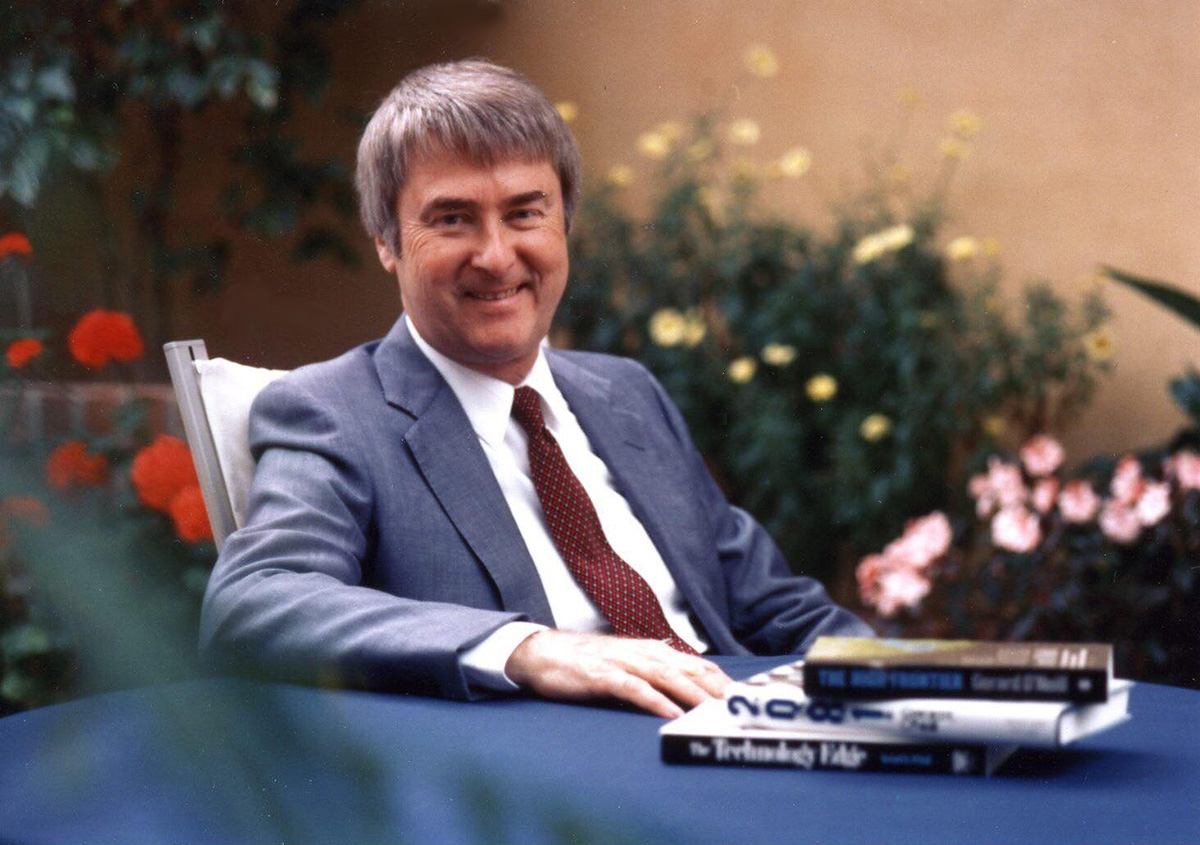 O’Neill’s story didn’t end with his death. During the last year, the story of his life and career was finally captured in an award-winning documentary, and a full-length biography. And in 1997, O’Neill once again became the subject of headlines, nearly five years after his passing. He was one of 24 “passengers” on Celestis Memorial Spaceflights’ “Founders Flight.” According to Celestis’ website: “On April 21…Celestis conducted the world’s first private memorial spaceflight. An air-launched rocket – Orbital Sciences Corporation’s (OSC) Pegasus XL – was released from OSC’s Stargazer aircraft at an altitude of approximately 38,000 feet (11.6 kilometers) over the Atlantic Ocean at 7:00 am Eastern Standard Time. The Pegasus XL free-fell for five seconds before its first stage engine ignited. The three stages of the Pegasus XL carried the cremated remains of 24 Celestis participants into low Earth orbit.” At last, O’Neill – who had long thought about space during his life, and had nearly even become a NASA astronaut – reached “The High Frontier.”

While to some the idea of “burial in space” might seem (pardon the pun) too far-out, it is in line with much of O’Neill’s vision. To quote a Celestis blog entitled “A Cultural Imperative”: “It is only natural that as we move throughout the solar system we will take all of our celebrations and memorials with us – adapting and extending them to the unique circumstances of spaceflight and off Earth existence. …As spaceflight turned from concept into reality, it was inevitable that Memorial Spaceflights would become an integral part of the space age.”

Celestis’ model of burial in space also falls right in step with O’Neill’s vision of utilizing public and private companies to carry out spaceflight goals. While he worked with NASA and was obviously a NASA supporter, O’Neill realized that many actors would need to participate in space launches, missions, and logistics if we were to, in his words, “open the high frontier.” Since Celestis began launching memorial flights in 1997, the company has utilized both private and public vendors and companies to make its goals reachable. For example, one memorable night launch in 2019 that carried the ashes of Bill Pogue, Skylab 4 astronaut, was powered by SpaceX’s mighty Falcon Heavy, and lit up the United States’ Eastern coast for hundreds of miles.

Accessibility to space for all was one of Dr. Gerard K. O’Neill’s goals during his all-too-short life. While it is unfortunate he was not able to see this happen during his lifetime, we are certainly closer to it than we were in 1992. Just last month, the Inspiration4 crew conducted a historic, successful three-day mission crewed entirely by non-NASA astronauts. And Celestis Memorial Spaceflights has a full roster of missions planned for 2022 and 2023 powered by both private and public enterprise launch vehicles. Celestis Memorial Spaceflights’ manner of working makes having one’s ashes sent to space affordable, and accessible – right in line with O’Neill’s view of the future from The High Frontier, in which he envisioned opportunities in space for all:

“...I think there is reason to hope that the opening of a new, high frontier will challenge the best that is in us, that the new lands waiting to be built in space will give us new freedom to search for better governments, social systems, and ways of life, and that our children may thereby find a world richer in opportunity by our efforts during the decades ahead.”