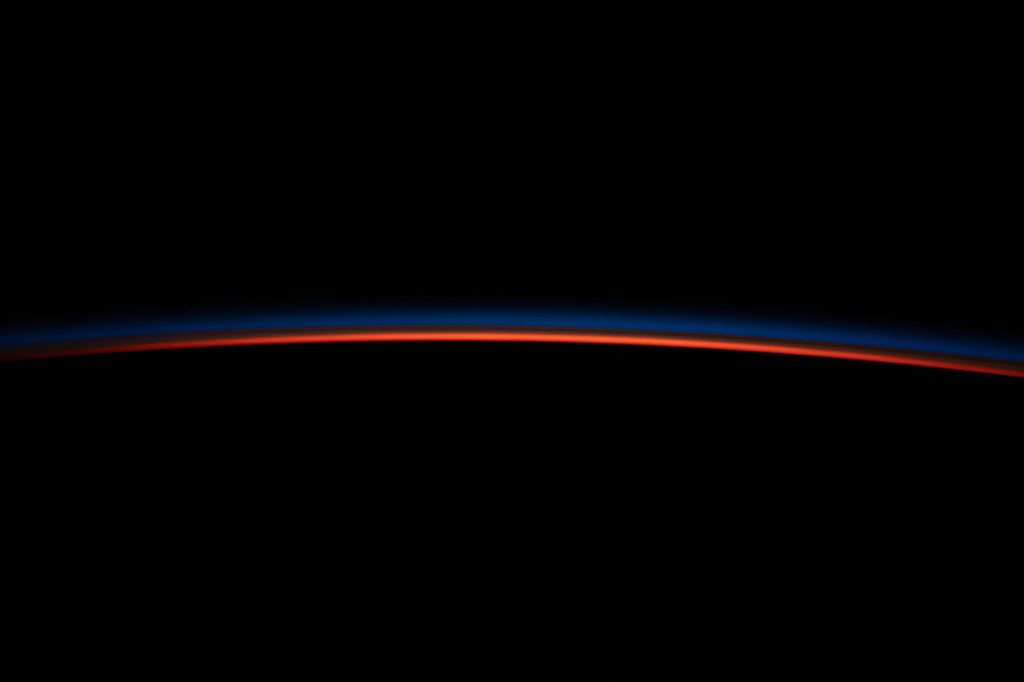 Russian cosmonaut Gherman Titov, who orbited the Earth 17 times during August 1961’s Vostok 2 mission, waxed poetic about his views of our home planet: “Nothing can ever dim the memory of those breathtakingly beautiful sights in space... Nothing can shake my conviction that a man knows his planet Earth only when he can see with his own eyes that sharp, rainbow circlet sweeping over the home of man.” (Source: Titov, I Am Eagle!)

At Celestis’ New Frontier Flight memorial service, retired NASA astronaut Jon McBride was also enthused about what it was like seeing Earth from space for the first time: “As the [Space Shuttle] bay doors opened [I said], ‘My God, I am over Australia!’ I had to stop, get a deep breath, and felt that my heart was going to jump up out of my chest when I got that first glimpse of Earth. I think this is what you folks are going to feel.”

Despite being from different nations, Titov and McBride are referring to what Celestis’ families and friends will experience as they watch their loved ones ascend to what has been called “The High Frontier”: space.

Celestis’ Earth Orbit Service allows our cremated remains and DNA samples to complete one orbit of our home planet every 90 minutes. They will remain in Earth orbit until they harmlessly reenter the atmosphere like a meteorite or a “shooting star.” Celestis’ Earth Orbit Services have been respectfully engineered not to create swathes of orbital debris that could affect another spacecraft. In addition, Celestis’ families and friends are treated to a moving multi-day memorial event; after the memorial service, they will witness their loved ones begin their final voyage into the cosmos via a rocket launch. To paraphrase NASA press following its first Space Shuttle launch, those seeing Celestis launches should “prepare for exhilaration.” 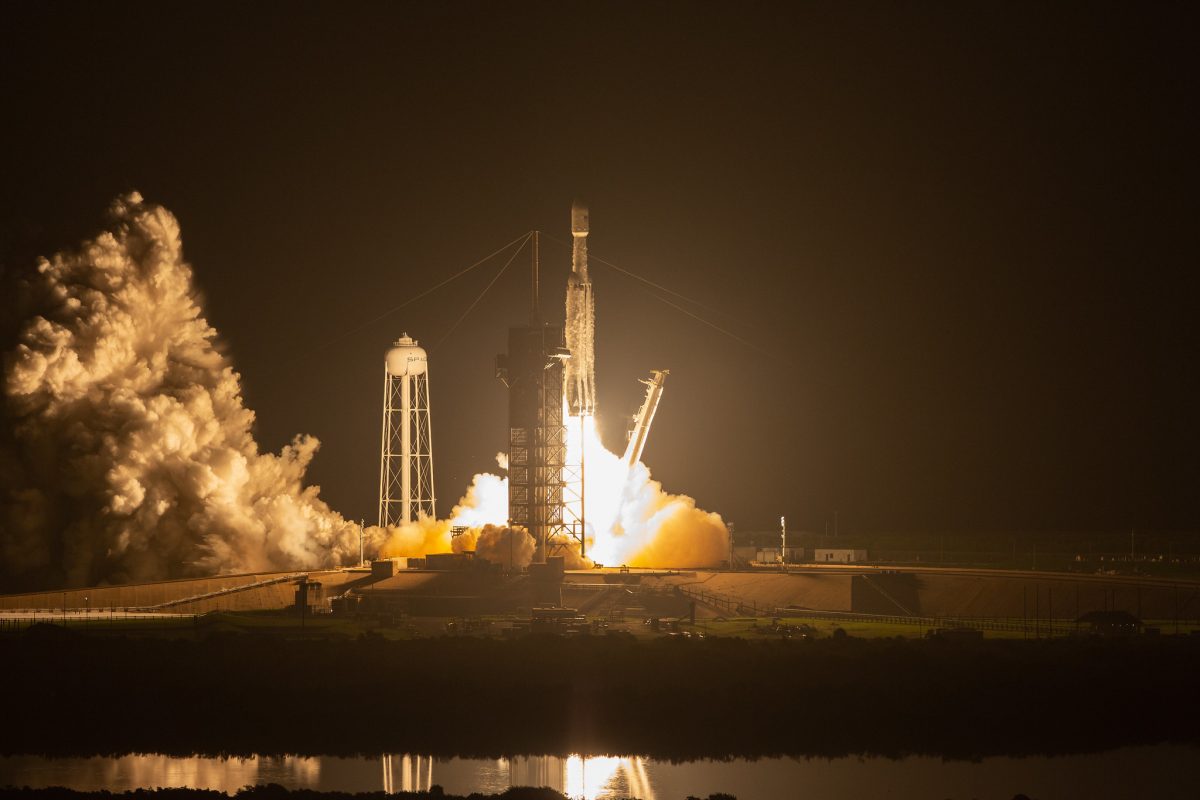 Celestis’ Earth Orbit Service is our most popular memorial spaceflight service, and due to the increasing tempo of low Earth orbit commercial launches and spaceflights, our fastest-growing service. The upcoming Ascension Flight, scheduled to launch aboard a SpaceX Falcon 9 Transporter 5 Rideshare rocket on Wednesday, May 25, will fulfill our latest Earth orbit flight. Following its launch, the satellite carrying the Celestis flight capsules, OmniTeq’s VariSat 6U CubeSat, will be released from its Momentus Vigoride orbital transfer vehicle, entering a Sun-synchronous orbit.

What is a Sun-Synchronous Orbit?
A Sun-synchronous (SSO) orbit is classified as a type of polar orbit. A polar orbit travels from north to south, not west to east like many crewed spacecraft orbits; these orbits gained their moniker because they pass approximately over the Earth’s north and south poles.

According to the European Space Agency (ESA), a “Sun-synchronous orbit (SSO) is a particular kind of polar orbit. Satellites in SSO, traveling over the polar regions, are synchronous with the Sun. This means they are synchronized to always be in the same ‘fixed’ position relative to the Sun. This means that the satellite always visits the same spot at the same local time – for example, passing the city of Paris every day at noon exactly.”

Why is this a desirable orbit for some spacecraft? An SSO orbit allows spacecraft to monitor trends and changes in a specific area over periods of time. That is why many weather and environmental monitoring satellites utilize Sun-synchronous orbits. In addition, reconnaissance satellites also employ this type of orbit. The OmniTeq VariSat spacecraft that Ascension Flight’s capsules are housed on uses an SSO orbit as it will “experiment and gain flight heritage” and “support HF marine data communications.” (Source: Gunter’s Space Page)

Once in place, the satellite will orbit the Earth every 90 minutes at an altitude of approximately 567 kilometers/352 miles. Celestis’ Satellite Tracker will keep our families and friends informed of the satellite’s location shortly after orbital insertion and is accessible 24 hours, seven days a week.

Celestis’ Ascension Flight
Celestis’ Ascension Flight is scheduled to launch aboard SpaceX’s Transporter 5 Rideshare Falcon 9 rocket from SLC-40 on Wednesday, May 25, at 2:25 p.m. EDT (18:25 UTC). Our guests will watch the launch from a VIP section adjacent to the Sands Space History Center, outside the Cape Canaveral Space Force Station. Please be advised that launch schedules are always subject to change until actual liftoff for many reasons inherent in spaceflight. Following the launch, the Falcon 9’s first stage will return to Cape Canaveral Space Force Station’s Landing Zone 1. Celestis’ families and friends will hear sonic booms as the first stage returns to Earth. It will be refurbished and reused for future Falcon 9 launches. And as always, Celestis will live-stream its coverage of the Transporter 5 liftoff for those who physically cannot attend the launch.

Those interested in flying loved ones and DNA on an Earth Orbit Service spaceflight can make reservations for our Excelsior Flight. The launch services provider for Excelsior is Spaceflight Industries, which hosted the Celestis Horizon Flight that flew into Earth orbit in January 2021. The launch will occur on a SpaceX Falcon 9 from Cape Canaveral, Florida, and is currently scheduled for the first quarter of 2023. (Again, please be advised that launch schedules are always subject to change.)