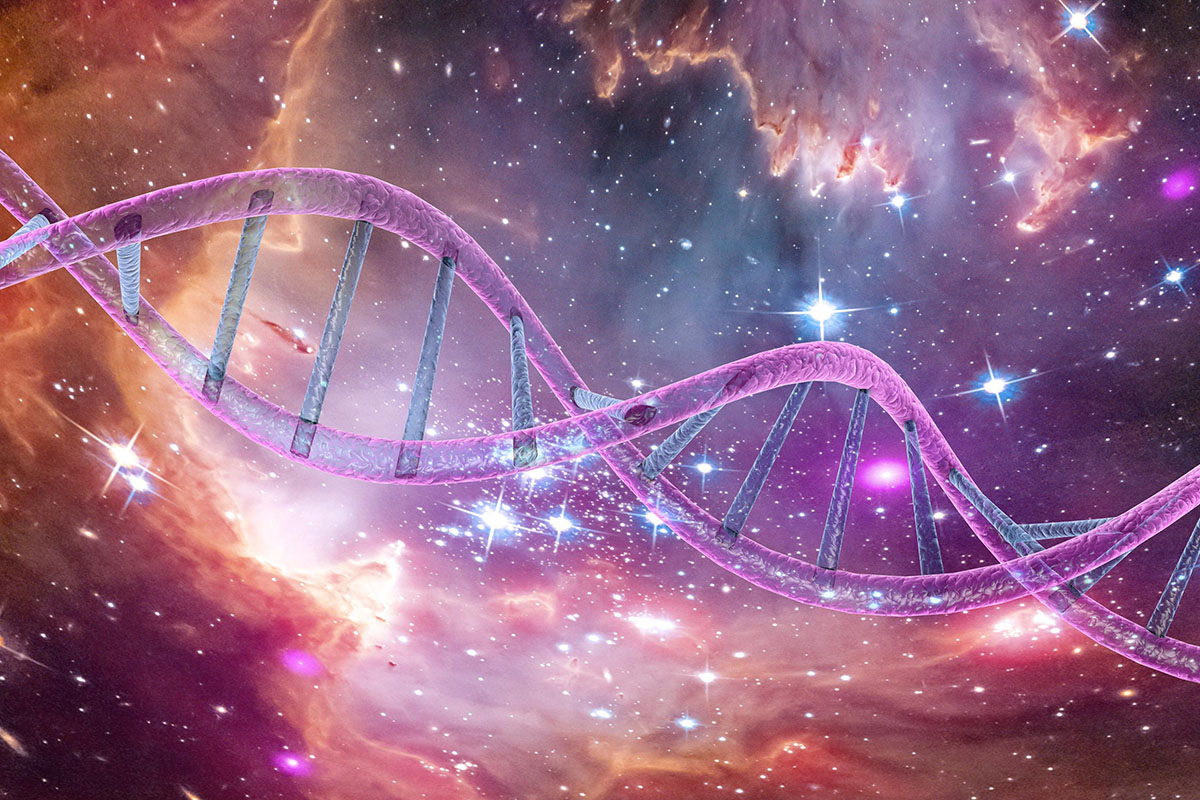 Have you ever wanted to give a loved one a truly unique, everlasting gift? Consider Celestis DNA.

Since April 1997’s inaugural Founders Flight, Celestis, Inc. has made the option of having one’s cremated remains launched aboard a memorial spaceflight – a kind of symbolic final reunification with the cosmos – a reality. And it’s been an affordable reality for 17 missions, with three missions coming up in 2022 – The Aurora Flight, The Tranquility Flight, and The Enterprise Flight. Figures from late rocket scientists to futurists to countless science fiction fans and even a few NASA astronauts have chosen Celestis as their choice to reach their desired final resting place: the depths of space.

However, for the past 25 years, memorial spaceflights have been limited to those who have chosen cremation as their end-of-life option. But more recently, Celestis has introduced a game-changer.

Celestis – in conjunction with Genetic Health, Inc. of Canada, one of the world’s leaders in genetic storage and services – has made it possible for those who choose other end-of-life options to make “living” memorial spaceflights. Celestis DNA now affords those interested the opportunity to fly their entire human genome aboard a spaceflight.

But How Is DNA To Be Flown Collected?

Celestis DNA requires no painful blood draws, finger sticks, or gimmicky kits. The means of collection is simple and painless: a cotton swab is rubbed inside the inner cheek, andcheek and is allowed to dry before it is mailed and delivered to Genetic Health technicians. According to Celestis, prior to flight the entire genome is isolated and preserved: “…technicians will extract the DNA (separate it from rest of the cell components), purify it (remove any enzymes or chemicals that may damage it), stabilize it and preserve it to halt the DNA's natural degradation process. Using Genetic Health's proprietary method, the DNA is bound very tightly to a substrate reinforcing its structure. The end end-product resembles a fine, white, dry powder, suitable for long-term storage and spaceflight.” This powder is then packaged in order a way to make it fit for its eternal trek through space.

Some may be concerned that their genetic material may deteriorate over time as it is exposed to the extremes of spaceflight. However, according to Celestis, “DNA has survived spaceflights that have flown to space and returned to Earth. Scientists have confirmed that DNA is durable enough to survive the conditions of space and even withstand the extreme heat and pressures of entering the Earth’s atmosphere.” In 2016, it was proven that DNA could even be sequenced aboard an orbiting spacecraft, as NASA astronaut Dr. Kate Rubins first successfully sequenced DNA in space aboard the International Space Station as part of its Biomolecule Sequencer experiment.

Celestis DNA is not only a way to synthesize a sort of “living memorial” in space for those who do not wish to be cremated, but also can serve as a way to be “reunited” with loved ones who may be flying on future Celestis Memorial Spaceflights. It’s also a great choice for those interested in off-planet DNA storage and preservation. But most interestingly, it’s a novel method of preserving one’s own genetic heritage. The Celestis DNA service provides to you, at no extra cost, a DNA Memorial Home Banking Solution kit from our partner, DNA Memorial. DNA Memorial Genetic Health will provide a second DNA sample to a designated beneficiary for the purpose of long-term DNA storage. This way, genetic information can be preserved for generations to come who may be curious about their heritage.

Celestis DNA also allows participants and their families to transport their unique genome through space and time. According to Celestis, “Combining the powerful tools of deep space radio transmission and digital DNA, the same Celestis team that conducted both Cosmic Calls plans to target stars with planetary systems and will offer you the option to beam your or a loved one’s unique DNA signature to distant galaxies, creating affordable, personal interstellar travel options for all of us.” It’s truly the tribute of the future, and one that will last more than a lifetime. 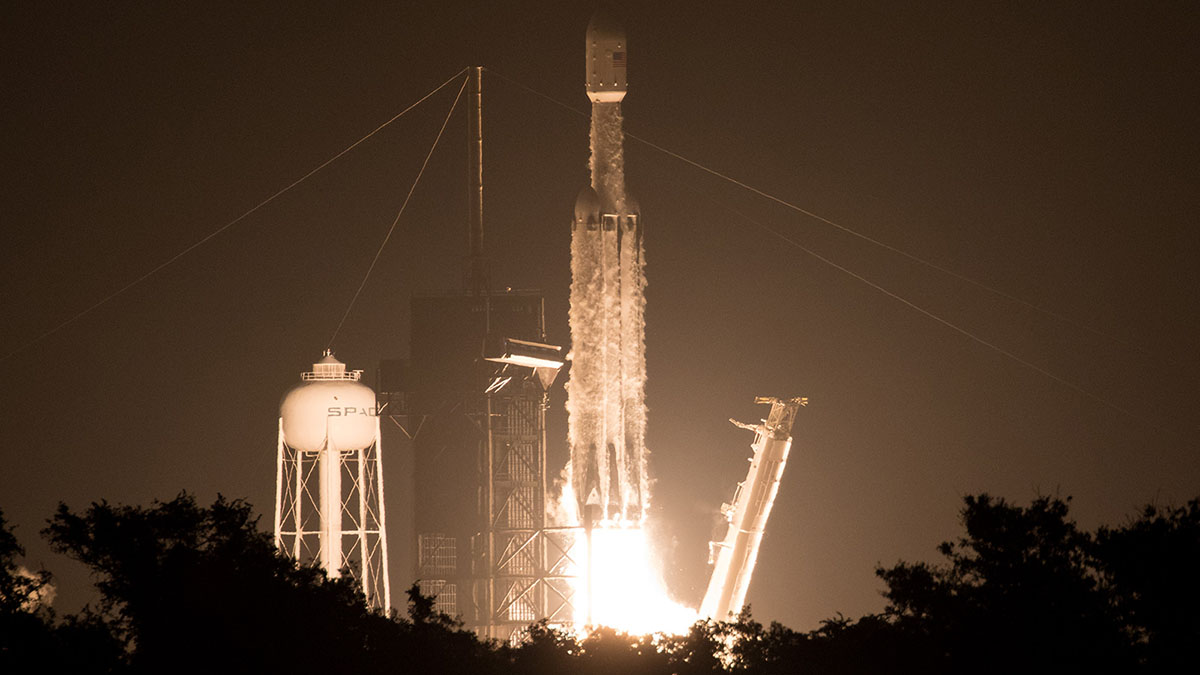 Celestis DNA also allows participants the opportunity to watch their own genetic material, along with the genetic material of a loved one, launch at the conclusion of a three-day event. Moreover, families and participants are able to view the launch vehicle before it makes its journey. If one is unable to make the launch, no worries – the event is also live-streamed.

While next year’s suborbital Aurora Flight is still open for reservations, they close on January 15, 2022. However, reservations are still open for next summer’s deep space Enterprise Flight, which is scheduled to launch from Florida’s Space Coast, the United States’ venerated launch site that first saw heroes such as Alan Shepard, Gus Grissom, and John Glenn rocket into the history books. Participants and families will receive the Celestis signature treatment complete with a visit to the launch vehicle site and tour of Kennedy Space Center facilities prior to its trek the launch, and as always, performance is guaranteed. Celestis also offers flexible payment plans for those interested in pre-planning all types of memorial spaceflights.

So, this year, give your loved one a gift they’ve never been given before – the gift of eternity in space-time, a launch from historic Kennedy Space Center, and/or a symbolic spaceflight with a loved one.

Any questions about Celestis DNA? Check out our FAQ.