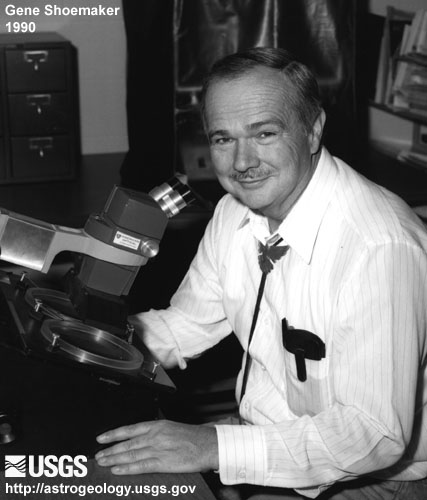 Dr. Eugene Shoemaker, a pioneer in the exploration of the Solar System, had longed to go to the Moon as an Apollo astronaut and study its geology firsthand. A medical condition diagnosed in the early 1960s prevented him from doing so. Dr. Shoemaker went on to help select and train Apollo astronauts in lunar geology and impact cratering. His achievements in these areas earned him the United States' highest scientific honor, the National Medal of Science in 1992. He became world-renowned when he, his wife Carolyn, and astronomer David Levy discovered Comet Shoemaker-Levy 9, which impacted the planet Jupiter in July 1994.

"Not going to the Moon and banging on it with my own hammer has been the biggest disappointment in life." 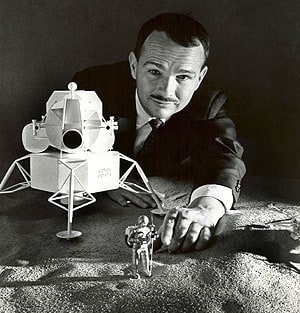