Giving Back to Space and Earth: Celestis' Charitable Contributions 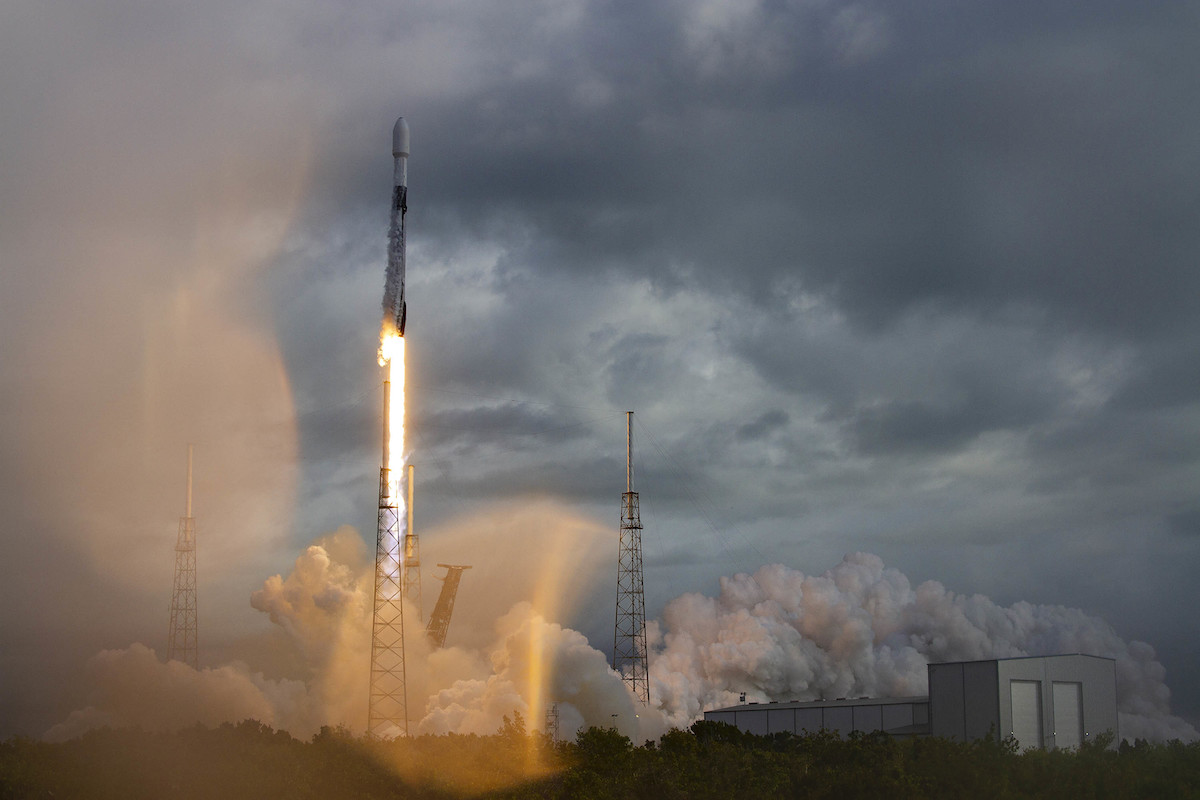 The concepts of having a "burial in space" – having cremated remains launched into space – and having DNA sent to space as a sort of "living memorial" still seems (pardon the pun) "far out" to some. While both will become increasingly commonplace as humanity stretches out further into the cosmos, some still wonder how these types of missions benefit spaceflight and humanity as a whole. Celestis Memorial Spaceflights has answered that query by contributing to a wide array of causes throughout its history. Moreover, Celestis continues to contribute to organizations and programs in line with furthering spaceflight and also bettering life on Earth.

Trailblazing from the Start

Celestis' origins took root as early as the 1980s when the dream of commercial spaceflight was just beginning to be realized. Dreamers, including Dr. Gerard "Gerry" K. O'Neill, envisioned space communities unattached to governmental entities. At the same time, rocket pioneers such as Krafft Ehricke proposed an "extraterrestrial imperative" that would lead humans to expand into the Universe. Another pioneer of the early space age was Donald K. "Deke" Slayton, one of NASA's original seven astronauts. While a minor heart condition grounded him from flying for a decade, in 1972, he was finally cleared for spaceflight, and by 1975 he was orbiting the Earth aboard the Apollo program's final mission, the Apollo-Soyuz Test Project. By 1982, Slayton had resigned his NASA position, but it is a testament to his futuristic vision that he immediately turned his gaze to an exciting new industry: commercial spaceflight. Celestis' roots can be traced to Space Services, Inc. of America (SSIoA), which entered the commercial launch market that same year with the flight of Conestoga 1. 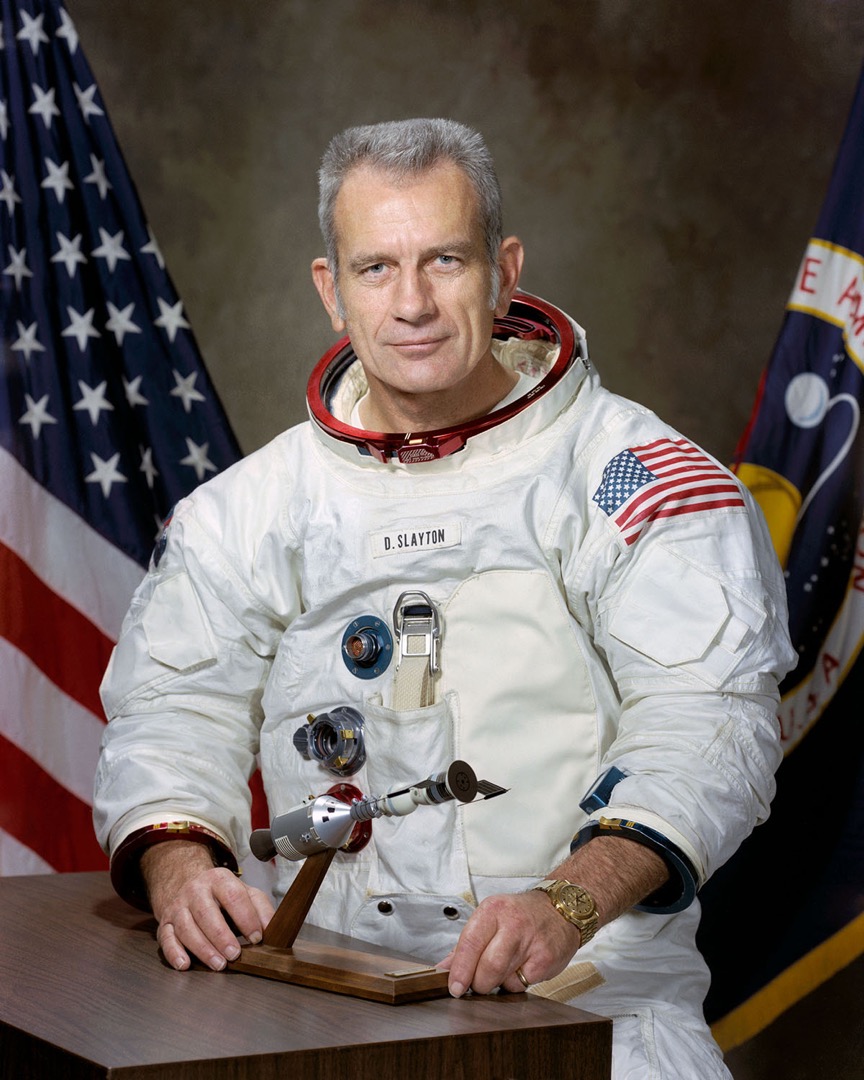 Donald K. "Deke" Slayton. Slayton was not only a pioneering astronaut, but also was a commercial space visionary.  Image Credit: NASA

This successful non-NASA mission gained the attention of President Ronald Reagan, who wrote in a letter to Hannah, "in blazing a new trail through the skies, you have shown the potential of private enterprise to perform even the most sophisticated technical feats." The same blog post stated that by 1984, "…Reagan issued an Executive Order designating the Department of Transportation as the lead regulatory agency for commercial space transportation and in 1984 Congress enacted The Commercial Space Launch Act which today remains as the governing law enabling private space transportation."

While a proposed mid-1980s memorial spaceflight ultimately didn't get off the ground, Chafer later took it upon himself to see that Slayton's vision gained wings. "It was one of Deke's favorite [proposed] missions, and he always spoke highly of it, even after it didn't go. I would say that was part of the motivation I had to restart it ten years later was seeing his belief in it." "It" being Celestis, Inc., formed in 1994. By 1997 The Founders Flight, powered by an Orbital Science's Pegasus XL rocket, further opened what O'Neill called "The High Frontier."

Another part of SSIoA's legacy involved supporting like-minded commercial space endeavors, such as the Ansari X Prize. Celestis' website states, "…[One] of the earliest charities to receive a Celestis Foundation grant was the Ansari X Prize, which was a space competition in which the X Prize Foundation offered a $10 million prize for the first non-government organization to launch a reusable crewed spacecraft into space twice within two weeks. [Virgin Galactic's] SpaceShipOne would win this prize after making two successful spaceflights within five days in 2004."

According to Chafer, Celestis' entry into charitable contributions was a company goal at the outset: "...We wanted to add the element of giving back to the community. We wrote a mission statement that said we would choose projects, organizations, and individuals to support that we felt were advancing commercial space, exploration, and applications, as well as entities that were contributing to a better life on this planet…one of our first [we supported] was the X Prize Foundation." Circa 1997, Celestis hosted a fundraiser for the X Prize that introduced the program to the Houston space community. Chafer remembered, "We did that at the Lone Star Flight Museum, which in those days was at the Galveston airport, in hangars. We held an event, and quite a few of the founders of the earlier [commercial spaceflight] ventures came. Mr. Hannah showed up with his wife…there were many pro-space folks there. There were representatives of two budding teams hoping to get to a point where they could compete for the X Prize. It was a good [venture] to start with!"

The legacy of the X Prize can be felt in many current commercial spaceflight programs. This year, a Virgin Galactic space plane – a descendant of the Burt Rutan-designed SpaceShipOne – completed its first fully-crewed spaceflight. In addition, Astrobotic, an X Prize competitor, will host Celestis' lunar Tranquility Flight scheduled to take place in 2022.

There is no joy more remarkable than a dream coming true, and for one child, Celestis fulfilled the dream of a lifetime – a fully-paid trip to the U.S. Space and Rocket Center's Space Camp in Huntsville, Alabama, a site known as "Rocket City USA." One doesn't even have to be on Space Camp's campus to begin to feel the excitement – indeed, an enormous Saturn V Moon rocket is visible miles away from the grounds. A number of space luminaries, including several astronauts, have gotten their "start" there.

Chafer discussed how Celestis made it their mission to give one student this unforgettable experience: "We had a student who lived in New Mexico. He heard about what we were doing, and he sent me a letter saying he was very interested in space and liked following us. We reciprocated by saying, 'Would you like to go to Space Camp? We'll pay all your expenses, and you can go to Space Camp.' He did, and he had a great time." 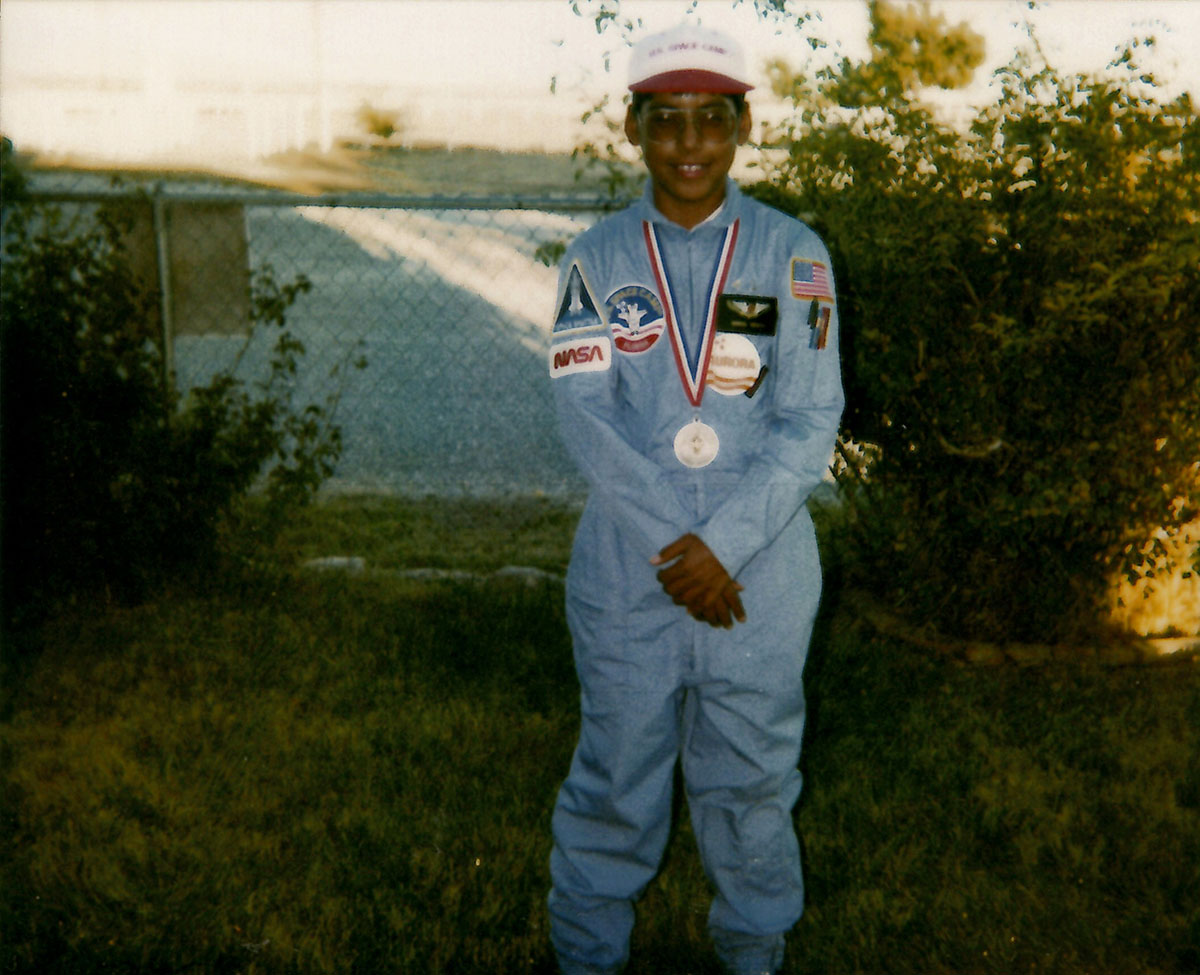 Chafer added, "Those are the kinds of things that we like to do – supporting youth not just in STEM, but in general. For example, the charity we chose for our Legacy Flight – the flight that flew Jimmy Doohan – we chose his charity, Cowboys for Kids, and made a contribution." Chafer still treasures the "thank you" letter the student wrote after his Space Camp experience, which reads in part:

…I had the greatest time there. I learned more about the Space Program, trained how to be an astronaut, trained how to fly the shuttle, I even flew a simulated mission, and much more…I had the best time. We even toured the NASA facility. [We] went to Cape Canaveral and even saw the Space Shuttle Atlantis.

The student went on to become an agricultural scientist in adulthood, no doubt inspired by his Space Camp experience.

A recent Celestis blog post underscored how its foundation and Blue Origin's Club for the Future have both monetarily contributed to Space Camp, the National Space Society, and the Space for Art Foundation. The National Space Society (NSS), which was formed in 1987 when the L5 Society merged with the National Space Institute, was, according to Chafer, "a natural advocacy group, and its long-term vision of what was then called 'space industrialization,' its early supporters of Gerry O'Neill, and its early support of commercial space were in line with our vision…NSS was an early advocate of commercial space." The NSS and Celestis have enjoyed a mutually supportive relationship for decades, and Chafer received the society's Entrepreneur of the Year award in 1994, the year Celestis was founded. Chafer added, "They play a vital role."

Celestis' early 2021 Horizon Flight contributed to the Space for Art Foundation, which boasts legendary Shuttle and International Space Station astronaut Nicole Stott as a founding director. "Nicole is doing great work – she's a supporter, she's a client, and the painting and art she did both in space while on station and on the planet, I think, speaks to the softer side of space. There's an importance in providing a social perspective as well as a technical perspective in the expansion [to space]. As humans expand out, we will take our rituals, celebrations, and artwork with us. In that sense, it's exactly the same vision as Celestis – you can't not have us as we move out into space," Chafer emphasized. "Nicole's personal commitment is exemplary. She's a great advocate, and we're happy to support her." 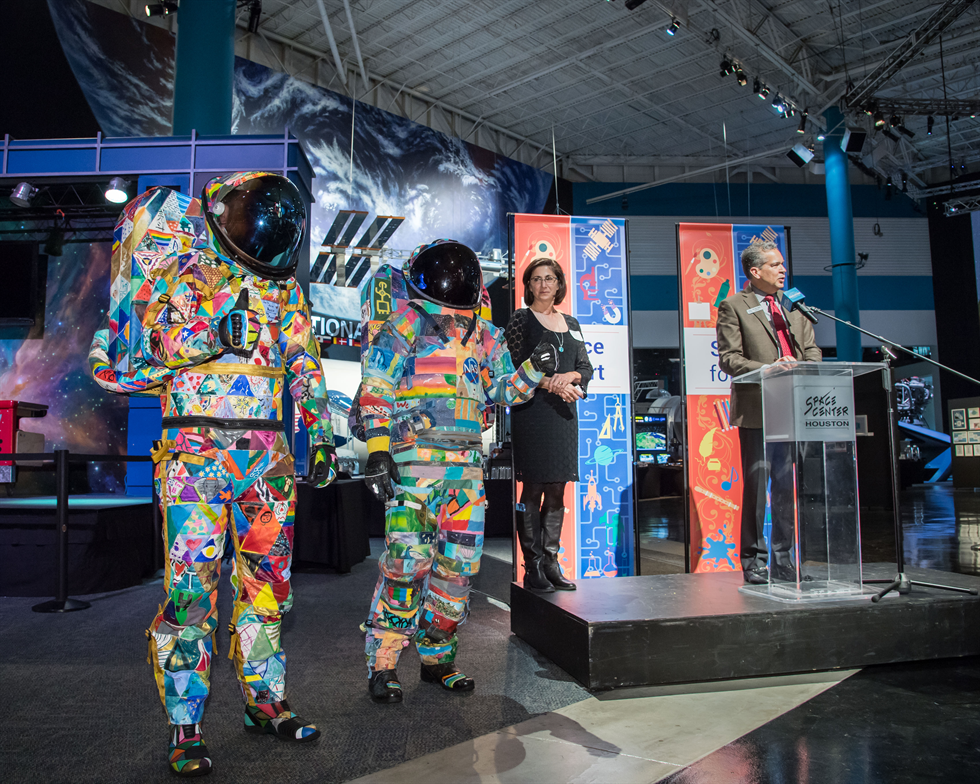 Celestis' charitable contributions aren't just limited to endeavors off the Earth. The company's foundation helped to repaint the Deke Slayton Museum in Sparta, Wisconsin, supported scholarships at Utah State University, and aided CARE Tsunami Relief, the National Marrow Foundation, and the Wildlife Waystation. As Chafer enthused, "We try to keep that balance between human space endeavors and preserving Earth, in all of the things that we're doing."

…So this Giving Tuesday, if you choose to plan a memorial spaceflight or a flight of your DNA, please keep in mind that your future plans are not only a beautiful way to celebrate a life well-lived but also support a diverse variety of organizations that benefit spaceflight and our home planet.