U.S. Naval Aviator Inspires His Children by Prearranging with Celestis

While many people have prearranged Celestis Memorial Spaceflights for themselves due to their interest in space exploration, astronomy or science fiction, former naval aviator Glenn Carter has made arrangements with Celestis to fly his ashes into space largely for a dramatically different reason – to inspire his children. 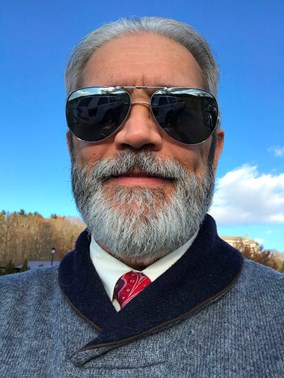 Mr. Carter is certainly interested in space. When asked why he chose Celestis he wrote, “Celestis offered what no other memorial funeral service could provide and the chance to rest in space instead of on Earth.” But his choice to launch his cremated remains into deep space with the Celestis Voyager Service is his way of passing on the inspiration he received from his father.

“My father began his career in the United States Air Force,” Carter wrote.

“As a child, it fascinated me to the point of starting my United States Navy Aviation career. With this inspiration, aviation, space would undoubtedly be a part of every future generation after me. With five boys and a daughter, a memorial spaceflight gave substance and meaning to the opportunities in space they will see in their lifetime. My contribution to them would be to remember every time they look at the stars to know that their father was launched into 'DEEP SPACE' on my Voyager Deep Space flight, that I am genuinely traveling away from planet Earth. The memorial spaceflight is unique and different from anything on Earth.”

Prearranging the launch of your cremated remains into space benefits your family in a number of ways. Watching the liftoff of the rocket carrying you into the final frontier is a thrilling experience for your family and friends. In addition to viewing the launch in-person, they will also participate in Celestis’ three-day series of launch-related events. Prearranging not only provides your loved ones with a once in a lifetime type of opportunity, it also relieves your family of much of the stress they will face in the time of need: They will know what your final wishes are, and that there is a plan in place, ensuring that your wishes are carried out. Locking in the price is yet another benefit: Your family will be protected from future price increases for the selected Celestis service. Plus, arranging your future memorial spaceflight is simple to do. We can help you create a 0% interest payment plan that fits your budget. Celestis deposits your payments in a trust reserve account, which is operated by ClearPoint Federal Bank & Trust, a nationally recognized leader in funeral services banking.

Mr. Carter’s Flight Message that will be flown on his future mission into deep space is, “Space… Dad's final frontier.” Contact us today to arrange an inspiring legacy for your children and grandchildren.