I’ve Seen Hundreds of Rocket Launches…But Nothing Like This 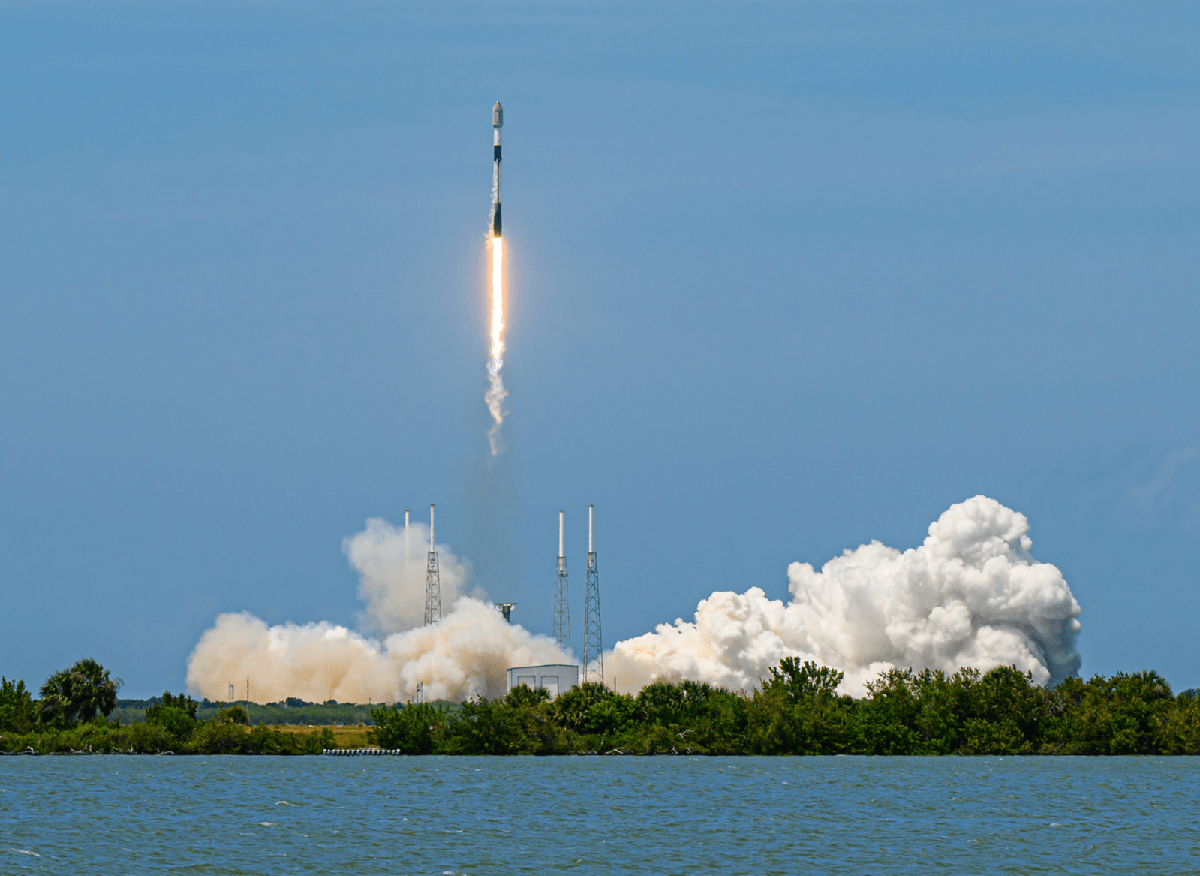 Reflections Upon the Ascension Flight

As a lifelong spaceflight enthusiast who lives close to Florida’s Space Coast, I’ve seen hundreds – if not thousands – of rocket launches since the early days of the Space Shuttle Program. I’m sure more jaded people get bored with them, but they’ve never lost their magic in my eyes. Nothing beats watching a launch vehicle roaring away from its launch pad atop a column of orange flames, ascending into Earth orbit (or far beyond) with a gloriously thunderous rumble. Moreover, nothing beats the monolithic, nostalgic glamour of an active spaceport, replete with visual signifiers of the Space Age’s earlier historic days. Having been born after the Apollo lunar landings, viewing these sites has given me an appreciation of what spaceflight was like before the Shuttle days in the 1980s.

So, I was thrilled that my first duty as Celestis Memorial Spaceflights’ Director of Content was covering its Ascension Flight, which was launching aboard a SpaceX Falcon 9 rocket from Cape Canaveral Space Force Station’s (CCSFS) Space Launch Complex 40. We were even going to see a Falcon 9 first stage landing at CCSFS’ Landing Zone 1, relatively close to our launch viewing site, Sands Space History Center. I was excited, as always, to see another space launch from one of my favorite places on Earth.

I didn’t expect that it would change my life.

When the pre-launch memorial service started, I knew this wouldn’t be a typical launch. I’ve been to many memorial services, and to be completely honest…I never look forward to them. I’m not a person who likes saying “goodbye,” and funerals are the ultimate goodbye to me. Plus, they’re often somber, downbeat occasions. I hate trotting out my black dresses. As much as I dislike admitting this – and I know some will think this reflects upon my character – I’ve always avoided memorial services for these reasons. So, I’ll admit I was terrified to attend my first memorial service during the Ascension Flight.

But as I watched families pay tribute to their much-missed loved ones, something strange happened. I was overcome with grief for them – but oddly, I also felt a reassuring sense of hope. That was something I ultimately did not expect.

I found that it didn’t matter what age the memorial spaceflight participants were – and what happened to them to lead to their deaths; when a life story ended, no matter whether it was sudden or expected, it left families and loved ones grasping for answers, and meaning from loss. There’s really no closure when someone loses someone they loved and treasured so, so much; all we can do is try to cope with the loss as best as we can. There’s no timeline for grief. 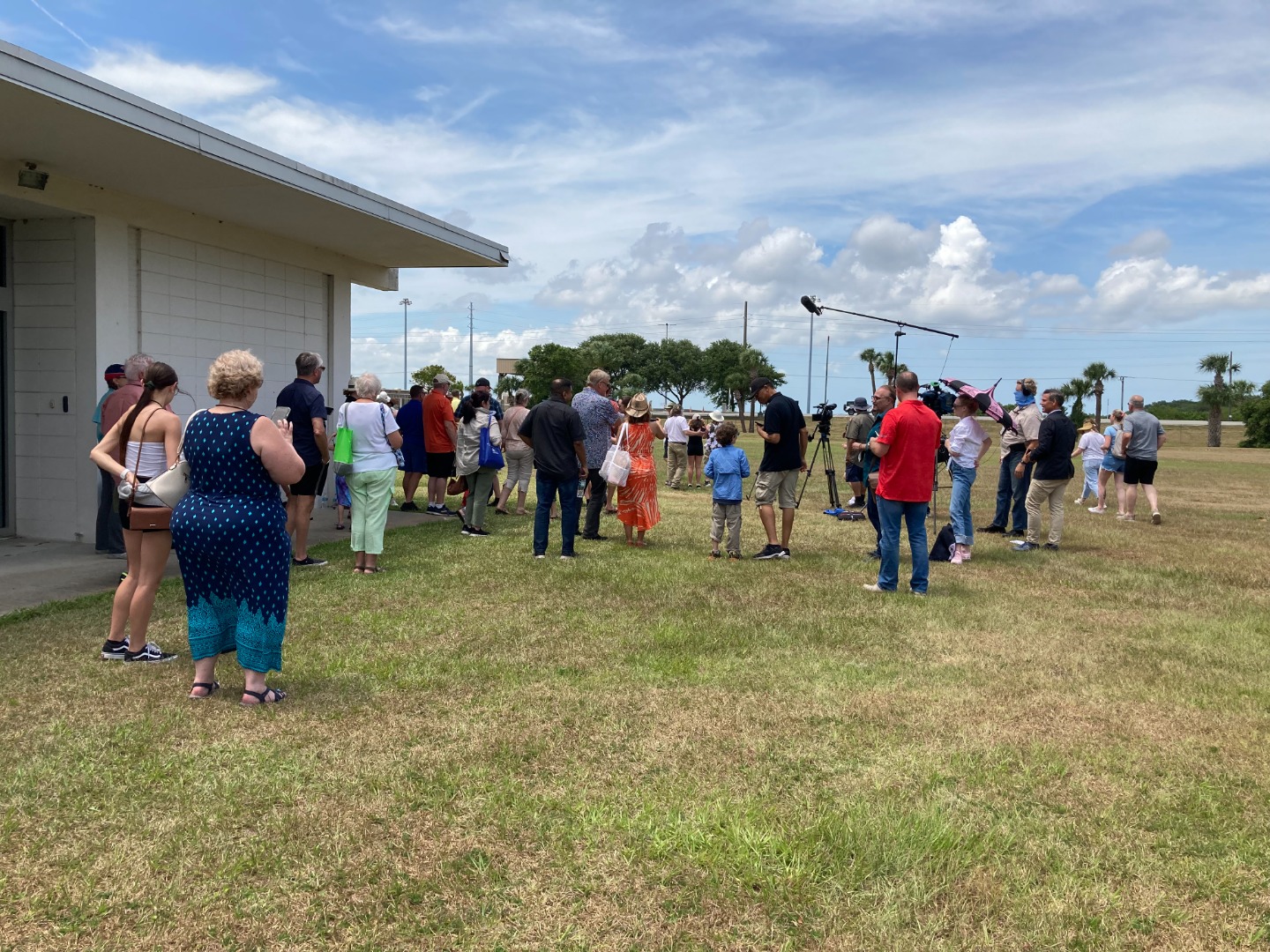 But Celestis did something more significant than just allowing families to fly loved ones’ ashes in space: the memorial spaceflight gave them hope. There was hope in that the memorial spaceflight participants would have an ongoing life story, despite their absence from terra firma. I did not leave the memorial service feeling saddened or wiped out from crying, even though I shed many tears – I felt joy that the Ascension Flight families would see their loved ones ascend to the ultimate resting spot: space. Moreover, they’d be able to connect with their loved ones every time the Ascension Flight spacecraft orbited overhead. There would be an ongoing bond more dynamic than a “typical” burial disposition, and to me, knowing that is priceless. While grief certainly isn’t linear, I’d like to believe our families and loved ones exited the memorial service feeling a little less burdened by it.

The memorial service, however, didn’t quite prepare me for the launch and Falcon 9 first stage landing, which astronaut Don Thomas characterized as “Not a 21-gun salute, but this is one heck of a salute on their final journey into space.” During the 1980s, Frank White coined the term “Overview Effect,” defined as “a cognitive shift in awareness reported by some astronauts during spaceflight, often while viewing the Earth from outer space.” Many space explorers have developed an awareness during their spaceflights that our planet is so much more significant than just being a “destination” within the Solar System. They’ve come to understand that from space, borders – whether they’re erected by race, class, gender, sexual orientation, ethnicity, and country of origin – don’t truly exist. No lines are drawn in the soil visible from space that separate particular groups. While Celestis’ families and friends did not explore space during the Ascension Flight, it was clear that they experienced a type of Overview Effect.

For the first time in my 44 years, I saw diverse groups of people – ones who probably wouldn’t hang out with one another otherwise – unite while viewing their loved ones' ascension to Earth's orbit. And again, while some tears were shed, the mood wasn’t one of sadness or melancholy – it was one of joy and glee. The rocket’s flaming tail, followed by the ground shaking with its roar, visually and auditorily symbolized how dreams and lives never really end. And the first stage landing – complete with a ground-shaking sonic boom – did function, as Thomas enthused, as a remarkable final salute. 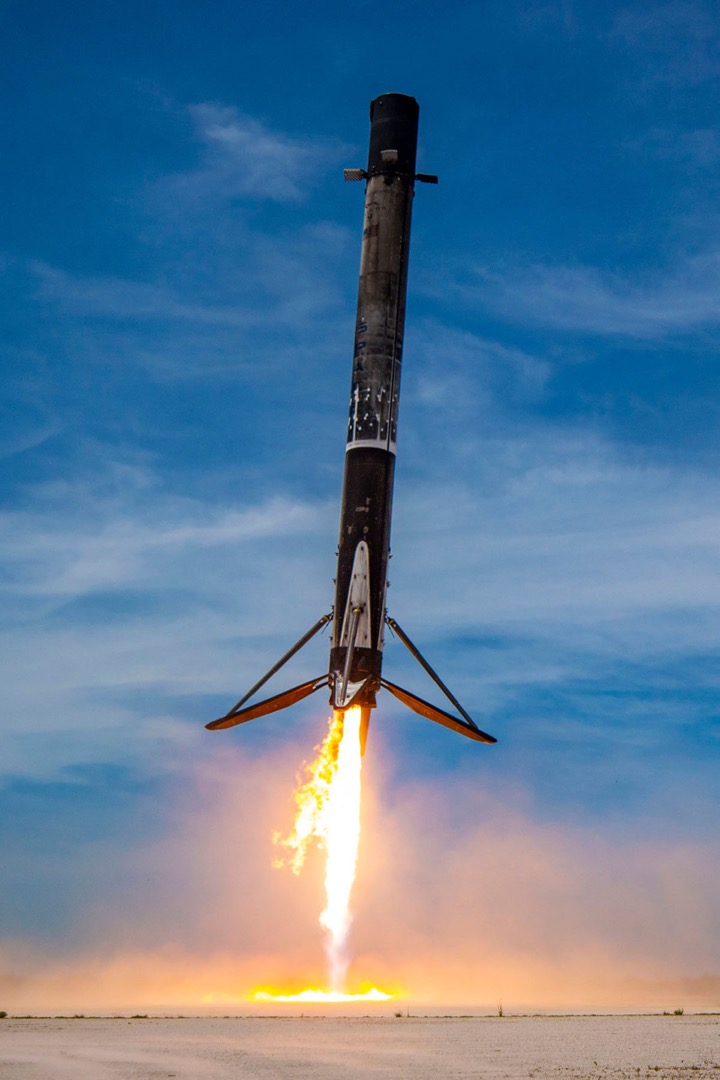 In addition, the Sands Space History Center was an excellent launch and landing viewing site. Celestis’ families learned more about SLC-40, the historic home of Titan rocket launches during the early Space Age in Cape Canaveral. These places, to me, are hallowed ground, and nothing better tells the story of past, present, and future spaceflight than viewing these sites.

The law of energy conservation states that energy can neither be created nor destroyed – only converted from one form of energy to another. I’ve tried to hold on to this scientific fact when I’ve mourned people (and pets) I’ve loved during my life. I believe that while the Ascension Flight memorial spaceflight participants may no longer be a part of our Earthly existence, their power has wholly survived. And it now lives on in low Earth orbit, traversing our planet every 90 minutes, being treated to exquisite sunrises and sunsets every 45 minutes. In short, it was a launch like no other I’ve ever viewed.