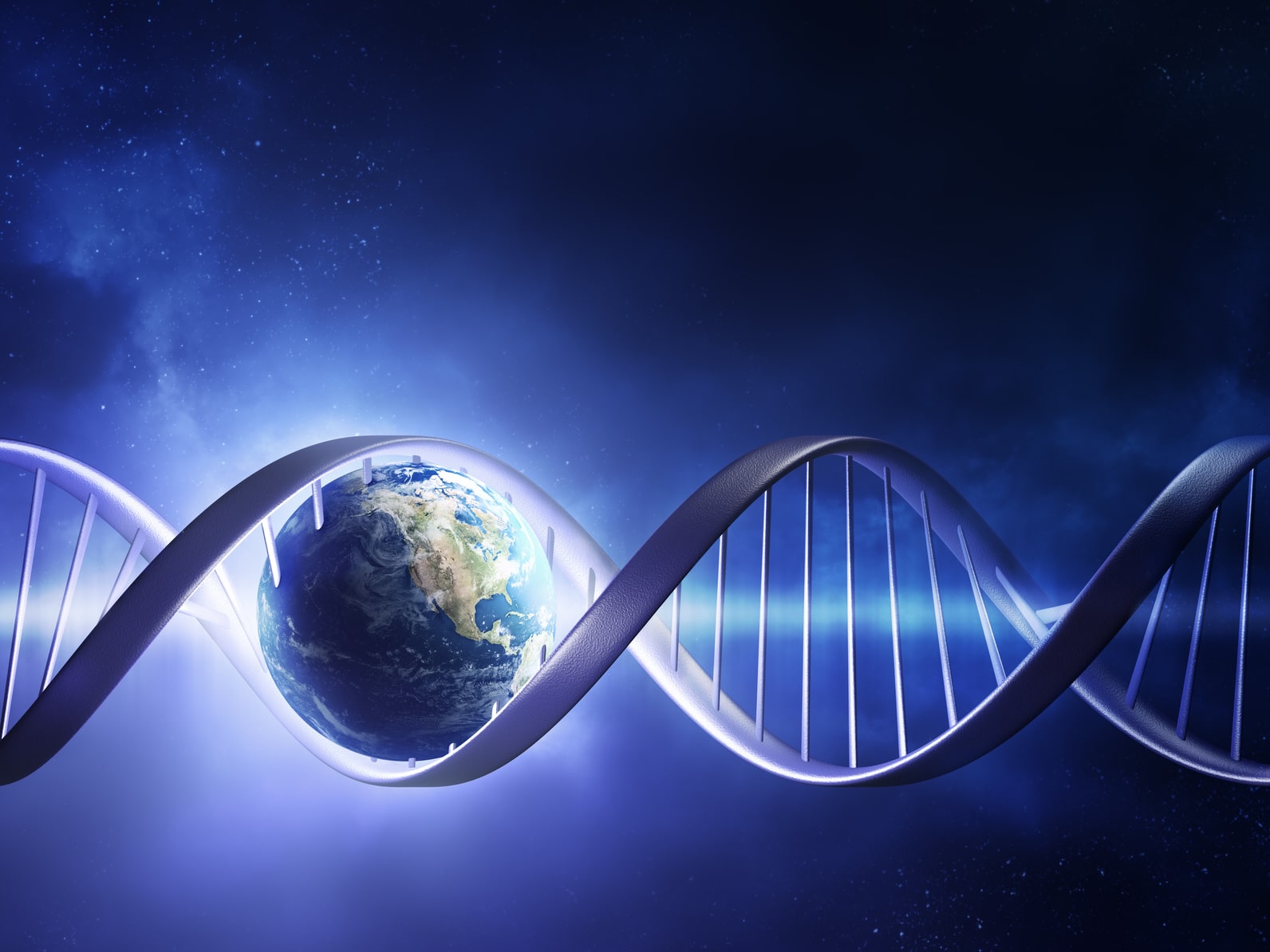 One major theory of life’s beginnings on Earth is called “Panspermia.” This theory says that life was first carried to Earth in microbial form by an asteroid or comet that originated from a planet in our solar system such as Mars, or even one beyond the solar system.

In 2015, NASA Astronaut Kate Rubins – aboard the International Space Station – utilizing The Biomolecule Sequencer moved us closer to this ability to sequence DNA in space by demonstrating, for the first time, that DNA sequencing is possible in an orbiting spacecraft. NASA notes several reasons for sequencing DNA in space including that “future explorers could also potentially use the technology to identify DNA-based life forms beyond Earth.”

But what if life on Earth was the result of “Directed Panspermia” - DNA deliberately seeded by intelligent beings beyond Earth?

Francis H. C. Crick, winner of the Nobel Prize in 1953 for discovering the structure of DNA, argues in his book Life Itself that life on Earth was transmitted onto our planet by intelligent beings with highly advanced technology, and these beings might have brought that life in "capsules" in the distant past.

Today, governments, space policy experts, and icons of the new commercial space age speak of humans colonizing Mars and establishing bases on the moon. One of the key justifications proffered for these initiatives is to “make humankind a multi-planet species” to ensure its survival in the event of a catastrophe on Earth.

Might there be an alternative means of achieving this important goal - one that we can implement today – a sort of “Reverse Panspermia”?

Celestis recently introduced Celestis DNA™ - permitting anyone to launch their DNA into space, to store DNA in a lunar or deep space repository, or even to beam their unique biological signature to the stars.