Celestis and The Overview Effect: How Launch Participants Experience It 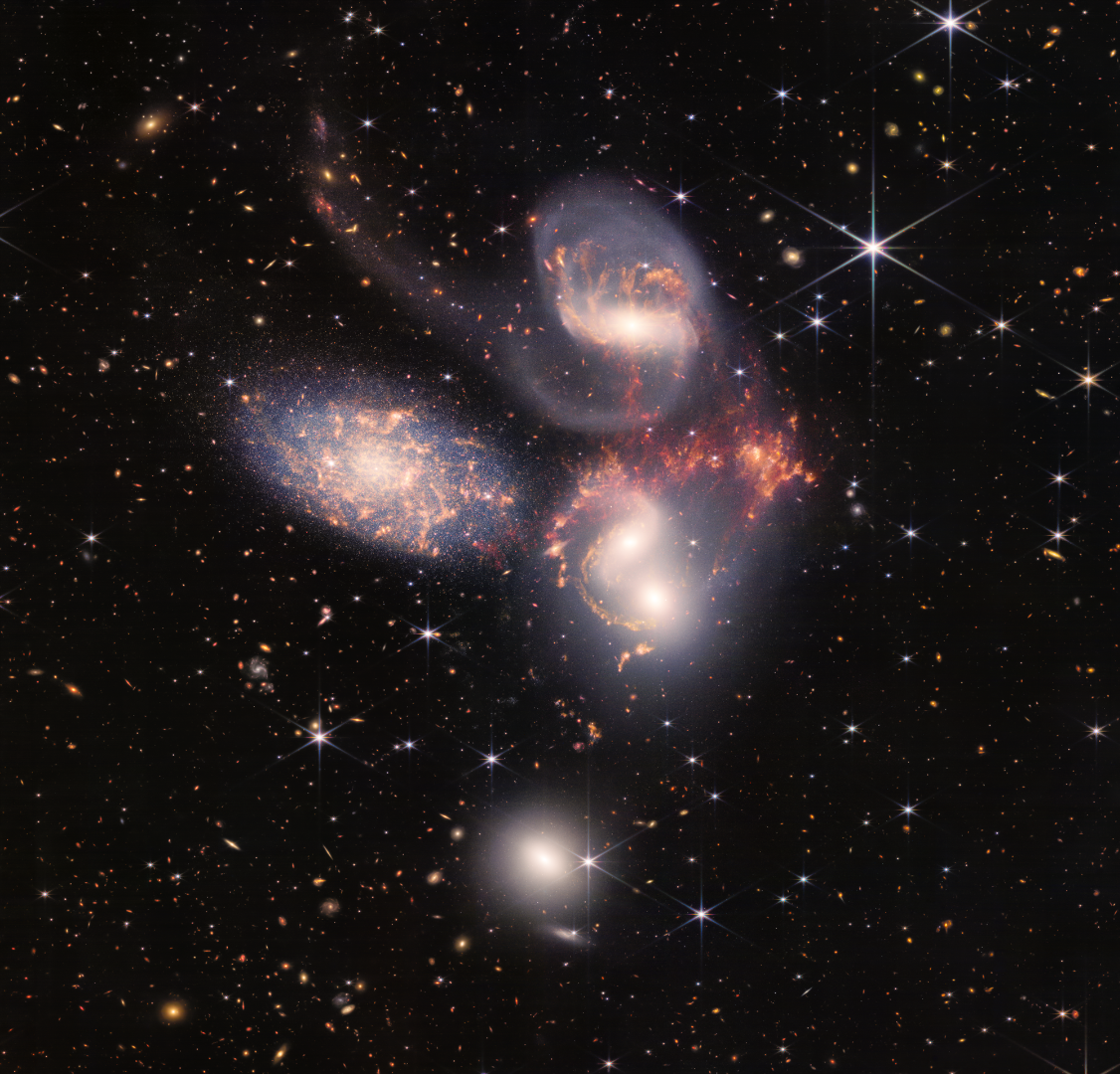 Astronaut Ed Gibson – selected to NASA in 1965 as an astronaut-scientist, and a solar physicist by trade – wasn’t the type of person to use “flowery” language to describe his experiences; indeed, the book he wrote before embarking upon his Skylab mission, called The Quiet Sun, consisted more of post-graduate mathematical equations than poetic treatises about our nearest star. But years later, he would wax poetic when describing his 84 days orbiting the Earth:

In no way could we on Earth, or any group of people or any country, consider ourselves isolated; we are all in this together…[doing an extravehicular activity] is really the great outdoors. You feel as though you are a satellite yourself. You understand that it is you and the universe…You see how diminutive your life and concerns are compared to other things in the universe. Your life and concerns are important to you, of course. But you can see that a lot of the things you worry about don’t make much difference in an overall sense. The result is that you enjoy the life that is before you; you don’t sweat so much about the next milestone…It allows you to have inner peace. 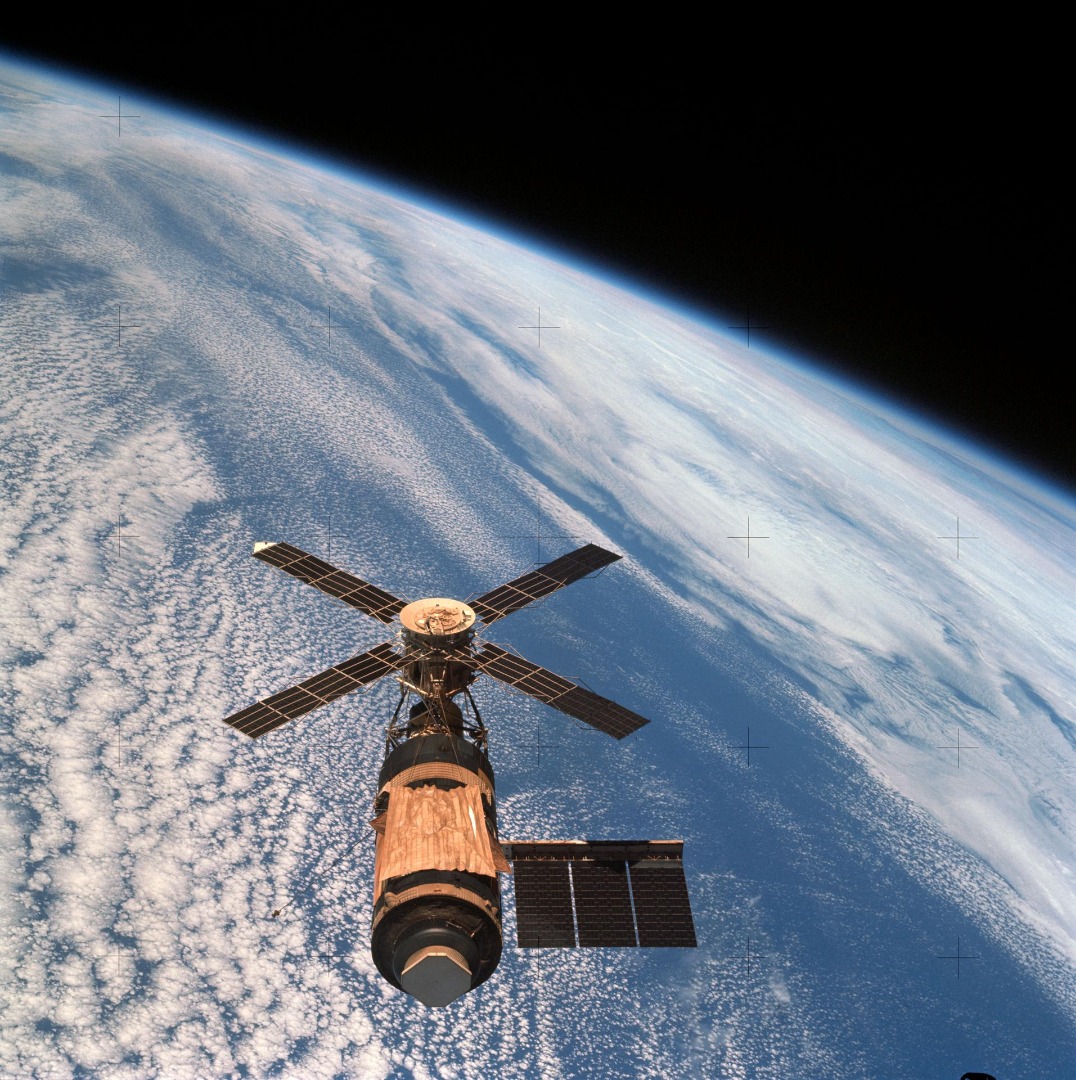 The Earth and space station Skylab viewed by the third crew upon their departure in February 1974. NASA photo

Gibson’s words are from the book The Overview Effect: Space Exploration and Human Evolution, which is now in its fourth edition and available via Multiverse Publishing. Its author, Frank White, coined the term “overview effect” during the mid-1980s, and the phrase first entered the public consciousness when the book was initially published in 1987. But what is the “overview effect”? White defined it as “a profound reaction to viewing the earth from outside its atmosphere.”

Many astronauts have described the moment as one of their lives' most meaningful moments. Apollo 11’s Michael Collins underscored how seeing the Earth from his vantage point orbiting the Moon impressed upon him the utter vulnerability of our home planet. Collins emphasized, “The thing that really surprised me was that it projected an air of fragility. And why, I don’t know. I don’t know to this day. I had a feeling it’s tiny, it’s shiny, it’s beautiful, it’s home, and it’s fragile.” 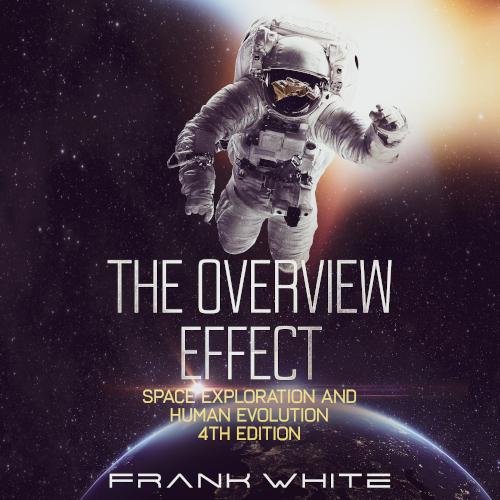 Another astronaut, Apollo 9’s Rusty Schweickart, shared how the experience impacted him: “You realize that on that little blue and white thing there is everything that means anything to you, all history and music and poetry and art and death and birth and love, all of it, on that little spot out there you can cover with your thumb.” Several modern-era astronauts – including Shuttle and International Space Station astronaut Nicole Stott and Inspiration4’s Dr. Sian Proctor – have created artwork capturing their impressions of their home planet as viewed from space. Star Trek’s William Shatner, who recently became the world’s eldest space traveler during a Blue Origin New Shepard suborbital flight, was rendered nearly speechless by the view he encountered: “This air which is keeping us alive is thinner than your skin…it would be so important for everybody to have that experience, through one means or another.”

Indeed, for many space travelers, the experience of seeing the Earth in space – a finite, medium-sized planet, suspended like a blue-green marble against the infinite, velvety blackness of the Universe – is truly life-changing, and underscores not only how we are not isolated from one another, but reminds us also of how limited our resources genuinely are. Many of us may have experienced a similar feeling viewing the first images returned by the James Webb Space Telescope, which have revealed the depth and detail of the Universe as never before seen and emphasized how minute humanity is against the fabric of space.

Like the experiences of astronauts such as Gibson, Collins, and Schweickart, families attending Celestis’ launch events also report experiencing an “overview effect,” even though they aren’t making the trip themselves to space.

How does this happen? The originator of the term recently joined Celestis to discuss how families who participate in Celestis events can have their perceptions of our home planet and humanity permanently altered. As Celestis prepares for its first Voyager Service – the Enterprise Flight, which will forever establish an outpost of humanity in deep space – the term will possess even more significance to families who will see their loved ones launch on a journey like none other.

Gibson previously discussed how his months as a Skylab astronaut enabled him to realize that “in no way could we on Earth, or any group of people or any country, consider ourselves isolated; we are all in this together.” In an article written by White for VICE Media, he discussed how families at Celestis launch events experienced a kind of “overview effect” brought about by the commonality of being united. White wrote about David Livingston, who is the founder and moderator of The Space Show, which Celestis sponsors; Livingston is not only a fan of what Celestis does but is also a customer, having sent his mother’s ashes to space on several flights. Livingston discussed how he experienced something like the Overview Effect during the launch events – a feeling of interconnectedness with fellow launch participants, despite any other dissimilarities: “There is a kind of Overview Effect experience when the rocket lifts off, not that we were out there seeing the Earth from orbit, but in a sense of unity and oneness among participants coming from so many different backgrounds and cultures,” he stated. 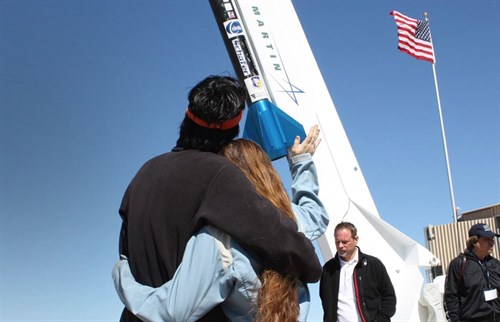 A couple says goodbye to a loved one aboard a Celestis Earth Rise Service mission. Photo credit: Celestis

White also wrote about Earl and Patty Mills, a couple who had lost their son, Robert, at age 26. During a Celestis launch event, Patty saw how shared experiences united a diverse crowd: “We saw people like us and people who were very different. On our first flight, we met a lawyer and her partner dressed in leather with spikes on their jackets. We didn’t expect to have much in common with them, but found out she had lost her son, and we immediately bonded.”

White continued, “It was Livingston’s reference to the Overview Effect, a term I coined and a phenomenon I have extensively explored, that convinced me to look more closely at what Celestis was offering.” In an interview with White, Celestis CEO and co-founder Charles Chafer added, “I think they have it right. There’s a wonderful feeling of camaraderie and closeness on the launch pad that is gratifying to see. It’s not like a funeral at all. It’s really quite a joyful celebration.”

White also was a guest during a live Celestis event in January 2021, when the company was preparing for its Horizon Flight launch. His comments emphasized how Celestis launches bonded its participants and how, in the future, burials in space will be viewed as commonplace as burials on terra firma:

…When you have a Celestis launch, very often the families who are present have an analogous experience, no matter how different they are, or how far away they have come to the launch. When they watch their loved ones lift off, they feel a unity and oneness – a bond. It isn’t really quite the same as seeing the Earth from a distance, but there is a feeling that is similar.

…I believe [these launches are] a foreshadowing of things to come, because it looks like human beings are going to be living off Planet Earth in the near future. We believe what people do on Earth, they will do in outer space, on the Moon, on Mars, or elsewhere. So, they will memorialize their loved ones; they will find ways to mark their passing, and it will be unique to them, and yet common, I believe. It occurred to me as I was thinking about this launch…I was imagining people who lived on Mars, and perhaps just as the families who are honoring today a loved one who always wanted to go to outer space, maybe in the future people living on another planet will want to honor a desire to have visited Earth, which perhaps they never achieved. And perhaps there will be a Celestis launch headed for Planet Earth, the home planet.

Celestis’ launch events ensure that their guests experience the interconnectedness and joy of being involved in a momentous occasion – saying goodbye to loved ones who are now achieving their most extraordinary, wildest dreams. Families seeing their loved ones en route to “touch the Universe” during Celestis Memorial Spaceflights’ Enterprise Flight will undoubtedly experience a type of “Overview Effect” during the mission’s Vulcan-Centaur launch. It’s an “Overview Effect” that future generations will experience for decades to come as earthly rituals extend further into space.

The pioneering book by Frank White, newly revised, is available for purchase from all major book retailers.