The launch of Conestoga 1 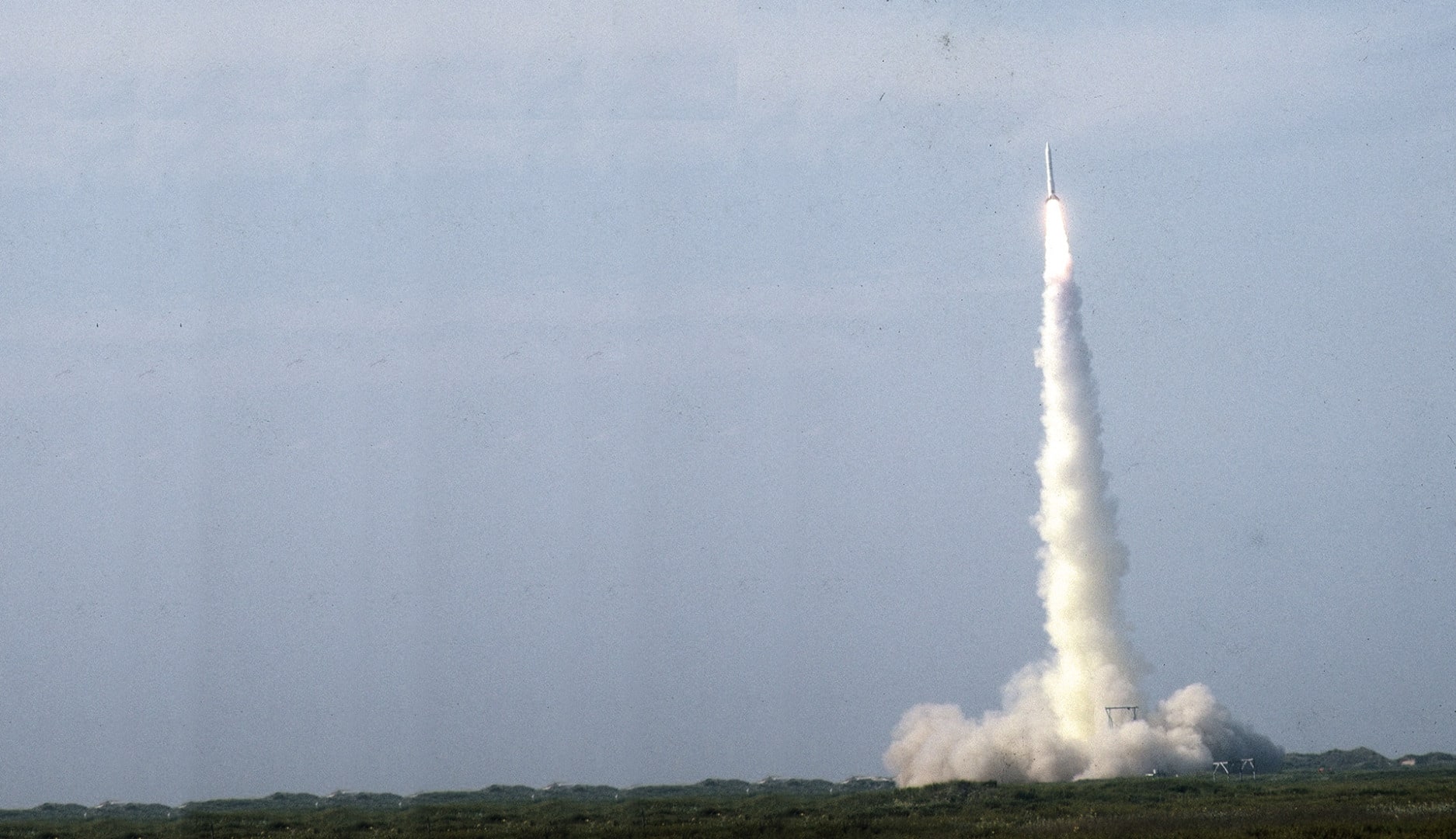 On September 9, 1982 the commercial space age was inaugurated with the first launch of a privately funded rocket into space. The launch took place from a private launch facility on Matagorda Island, Texas.

The world took note of the success of Conestoga 1 and the small Houston-based company – Space Services, Inc. of America (SSIA) – headed by former Mercury 7 and Apollo/Soyuz astronaut Donald K. “Deke” Slayton, Texas businessman David Hannah Jr and Charles M Chafer, the current CEO of Space Service Inc. Every major newspaper and television network around the world heralded the flight, while noted author James A. Michener compared the event to the Wright Brothers success at Kitty Hawk, North Carolina. President Ronald Reagan noted in a letter to Mr. Hannah that, “in blazing a new trail through the skies, you have shown the potential of private enterprise to perform even the most sophisticated technical feats.”

That a remote barrier island on the Texas Gulf Coast was selected as the launch pad for the world’s first private space mission is not surprising, given the geography of the land and the pedigree of the mission’s sponsors. Matagorda County, Texas had been under serious consideration by NASA as the nation’s launch center for both Apollo and Space Shuttle programs, only to be bested, ultimately, by Cape Canaveral, Florida. Matagorda Island’s resemblance, in many ways, to Kitty Hawk at the time of the Wright Brothers flight is compelling.

In 1982 Matagorda Island had two owners – the northern section was operated by the US Fish and Wildlife Service as part of the Aransas National Wildlife Refuge. The Refuge was well known as the winter home of the endangered Whooping Crane population. The south section – 11,502 acres – was owned by legendary Dallas oilman Toddie Lee Wynne and operated as the Star Brand Ranch, a working cattle ranch, as well as a Wynne family retreat. Mr. Wynne served with Space Services’ founder, Houstonian David Hannah, Jr. on the Board of Austin College in Sherman, Texas and became one of Space Services’ earliest investors.

Matagorda Island was selected by Space Services as the launch site for Conestoga 1 (and, one year earlier, for the failed Percheron rocket) after first seeking support from the U.S. Air Force to launch from Vandenberg Air Force Base in California. In 1981 no U.S. policy or legislation existed that permitted private launches into space from anywhere, and the Air Force balked at supporting SSIA’s request. SSIA sought to accomplish several key objectives with Conestoga 1: demonstrate the ability of the company to assemble the technology, finance, and team required to conduct space operations; demonstrate to investors and customers that the Federal government would permit private space launches; and, qualify Matagorda Island as a spaceport.

SSIA early on received the support of the Reagan Administration, in the person of White House Science Advisor Dr. George A. Keyworth, and engaged in a year-long effort to convince a variety of federal agencies to approve the proposed launch. Because of the need to adhere to a strict schedule, SSIA initiated construction of the launch site and the launch vehicle well in advance of the receipt of Agency approvals, including receiving the final Federal approval – an export license from the US Department of State – only the weekend before the launch on September 9, 1982. Additional formal approvals included the Bureau of Alcohol, Tobacco, and Firearms, the Federal Aviation Administration, the Federal Communications Commission, NASA, and various elements of the Department of Defense.

The morning of the launch began with sad news – Toddie Lee Wynne had passed away just hours before the launch as he waited to see the world’s first private space launch take off from his ranch and fishing camp. The SSIA team, 200 media members and approximately 500 guests who had arrived from around the world were greeted by flags at half staff, but the mission was a go.

At 10:12 am, after a flawless countdown, Conestoga 1 lifted off from its concrete pad, roaring toward the sun and reached an apogee of over 160 miles before splashing down approximately 600 miles downrange in the Gulf of Mexico. The mission achieved all of its goals and the commercial space age was born. As Gemini and Apollo astronaut Gene Cernan noted that evening on ABC News Nightline, “I think we’ve got a start today that is motivating the minds and the ideas of a lot of other people out there who have nothing to do with Conestoga.”

Space Services proceeded to accomplish a number of other “firsts” for private space ventures - including receiving the first NASA contract for the launch of payloads aboard private rockets, the first agreement to use a US national launch range, and the introduction of the first commercial land remote sensing satellite mission – but it was Conestoga 1 that opened the way for the development of an American commercial space launch industry.

Shortly after the launch, SSIA founder David Hannah, Jr. was invited to testify before Congress, providing his thoughts and recommendations on what might be done to assist the development of this nascent industry. Mr. Hannah suggested that easing the regulatory path for licensing private launches and launch sites was a first priority. In February, 1984, President Ronald Reagan issued an Executive Order designating the Department of Transportation as the lead regulatory agency for commercial space transportation and in 1984 Congress enacted The Commercial Space Launch Act which today remains as the governing law enabling private space transportation.

Today, private firms including SpaceX, Rocket Lab, Blue Origin, and others are actively developing launch systems that may one day launch again into the Texas skies. As Texas looks to be a leader in commercial space, it seems to be timely to claim our rightful heritage as the pioneer in private spaceports and space transportation. The Conestoga 1 launch pad still survives on Matagorda Island, which is now managed by the Texas Parks and Wildlife Department and the U. S. Department of Fish and Wildlife. Designating the launch pad a Texas Historical Site would truly establish Matagorda Island as the Kitty Hawk of the commercial space age and honor the spirit of the Texans who came together to make history on September 9, 1982.

Learn more about Conestoga 1 on the Friends of Conestoga blog…