About The Enterprise Flight

Read about the participants aboard the Enterprise Flight.

Honor the dream and memory of your departed loved one aboard this Voyager Memorial Spaceflight. The service includes 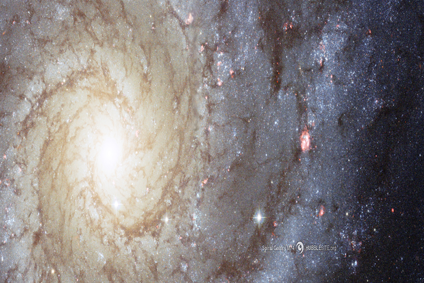 About the Enterprise Flight

The Celestis Enterprise Flight ™ will launch from planet Earth and travel beyond the Earth-Moon system, beyond the James Webb telescope, and into interplanetary deep space – where it will join the other planets, moons, comets, and asteroids in our solar system on a never-ending journey through the cosmos.

Upon completion of its powered burn and coast phase, the Enterprise Flight will become Enterprise Station™ – the most distant permanent human repository outpost and a pathfinder for the continuing human exploration of space.

Aboard Enterprise, fittingly, will be the creator and several cast members of the original Star Trek television series, as well as an Apollo-era astronaut, together with people from all walks of life, interests, and vocations.   Enterprise is truly a once-in-a-lifetime, exclusive opportunity for you or your loved ones – or both – to join an incredible mission of purpose alongside the most recognizable personas in space exploration, real or imagined.

Celestis will host a three-day event that will include mission briefings, the opportunity to attend an astronaut hosted dinner, launch site tours, a compelling on site memorial service, and – of course – viewing of the launch.

All events will be webcast, with constant updates available at this website and all social media platforms.

Memorial Service
Attend the Enterprise Flight memorial service, an event that brings together people from all over the world who share thoughts and remembrances of the loved ones on board.
Launch Pad Tour
Up close tour of the launch complex for a final farewell.
Launch Day
"Three, two, one, we have liftoff!" Experience the power and emotion of liftoff as the rocket launches, carrying your loved one aboard.

ABOARD THE ENTERPRISE FLIGHT

"It seemed to fit with my philosophy that you return to the universe after you die. Also, we are both big fans of Star Trek."
Naomi Mihara, wife of Allen Mihara
"The planned launch of a rocket carrying the ashes of actor James Doohan and Mercury program astronaut Gordon Cooper will give a fitting send-off to two men who helped popularize human space exploration."
Mike Schneider, reporter, Associated Press
Watch More Videos

"Enterprise" is a fitting name for the first Voyager Service memorial spaceflight. For its inaugural mission into the depths of space and time, Celestis has selected a patch design that honors Enterprise Flight participants Gene Roddenberry (the creator of Star Trek); Gene's spouse, Majel Barrett-Roddenberry (Star Trek's "Nurse Chapel" and "Lwaxana Troi"); and James Doohan ("Mr. Scott"), as well as the many other Celestis participants for whom Star Trek was an inspiration in their lives. The dominant star is crossed by a version of the traditional NASA astronaut logo – a shooting star borne on a winged column – signifying that all those aboard will reach space and, symbolically, become astronauts as they make their final journey among the stars.