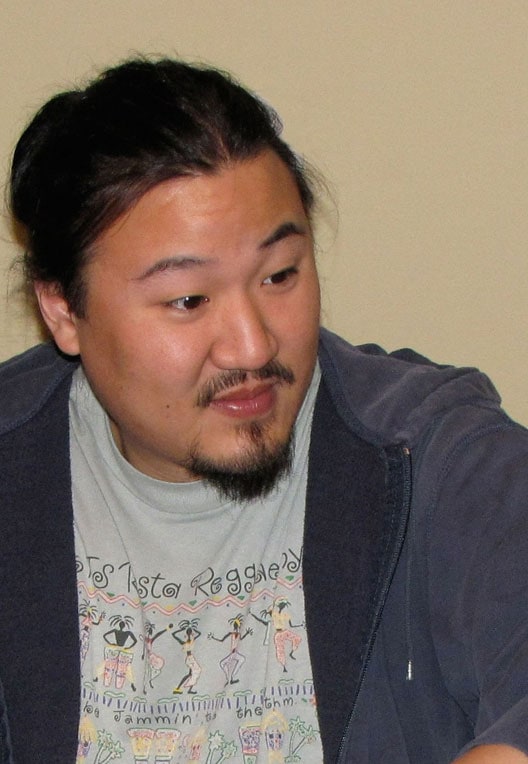 Brandon Toh was a musician and music industry professional, working in production, composition, and scoring. He was also involved intensively in the mental health field as a crisis line supervisor and in program development. His work in both areas has been an inspiration to his collaborators, colleagues, family and friends.

Born in Glendale, California, on December 31, 1974, he was raised in Southern California. He graduated from Polytechnic School in Pasadena in 1993, and completed a bachelor’s degree at UC Berkeley and a certificate in guitar from Musicians Institute in Hollywood.

In 1996, his junior year at Berkeley, he was diagnosed with bipolar disorder. He completed the year before returning home to Southern California, where he continued his therapy and enrolled at Musicians Institute, where he trained in guitar, music theory, and composition. After obtaining his certificate at MI, he returned to Berkeley to complete his undergraduate degree in biology, and began volunteering at the Alameda Suicide Hotline.

After graduation he returned to Southern California, where he began volunteering at the Suicide Prevention Center at Didi Hirsch Mental Health in Culver City, and later became an on-staff supervisor. He worked three overnight shifts a week at the crisis line, helped train volunteers, wrote a risk-assessment manual for the center, and developed a pilot program in the under-serviced area of short-term follow-up for high-risk callers. He was very engaged with research in suicide and suicide prevention, and attended and presented at the leading conferences in the field.

At the same time, he was a sound editor and sound designer at rOOm media studio in Venice, and also ran his own studio at home. A multi-instrumentalist, vocalist, and composer, in addition to his own music projects, he did sound design and editing, mixing, and composition for advertisements, short films, and videos, including the Grammy-nominated video of “When You Were Young” by The Killers. He scored and did full sound work for the feature film “Journey to the Center,” which won Best Adventure Film at the 2008 X-Dance Film Festival.

In the fall of 2010 he began a low-residence master’s program at Pacifica Graduate Institute in Santa Barbara, to train for MFT licensure in counseling.

Brandon struggled with bipolar disorder and suicidal ideation throughout most of his life, and died by suicide on March 17, 2012. While he lived, he actively used his experience and insight into his own condition to both fuel his own art and help others with similar conditions. A non-profit organization and outreach event have been founded in his memory, to carry on the spirit of his work. More info at brandontoh.com.

The Flight
by Brandon Toh

We love you, Brandon, and send you off in peace on your eternal flight.
Mom, Dad, Shauna