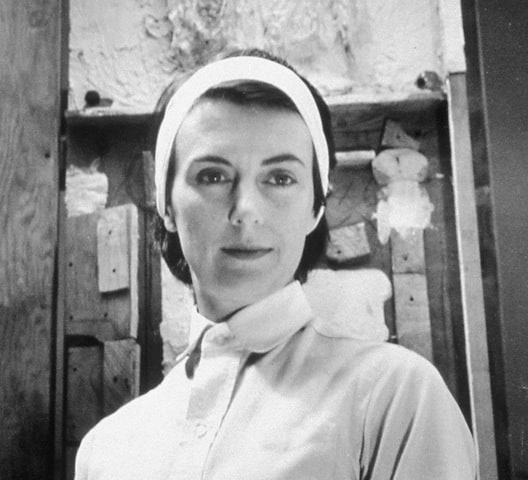 “As you know, for me the Universe holds an endless fascination. Beautiful as is this earth, I do not wish to be buried in it at death. The thought that my dust, our dust, could be mingled with the matter of star building, released in space to become part of the creative act, perhaps joined with the Almighty… What a fantastic journey that would be, and where I wish to journey.” – Luise Kaish

Luise came out of Atlanta, New Orleans and Cripple Creek from a long line of techies that included her grandfather who had worked out a way to get coal barges down the Ohio River, and her dad who’d perfected a World War II device that enabled wounded Air Force pilots to eject from their doomed planes.

When Columbia University invited her to chair the Graduate Division of Painting and Sculpture, the office came with a single IBM typewriter which had to be locked away each night, coveted as it was by the Music Department. By the time she retired as Professor Emerita, things had changed. Resistance notwithstanding, she had brought the digital age to that bustling, no longer technologically challenged, office at Dodge Hall.

Google, searches of course, fascinated her. She loved their “just the facts” approach to matters great and small – while our daughter, Melissa, and I have always been frustrated by their omissions, the absence of nuance.

Google will speak of achievements: Luise’s Guggenheim Foundation and Rome Prize awards, probably her Tiffany Foundation Grant, along with the years of service as trustee on the American Academy in Rome Board and the Augustus St. Gaudens National Park Board.

But we doubt if there’s mention anywhere of her year long graduate fellowship to Mexico. That she auditioned for conductor Carlos Chavez and sang with the Coro Nacional de Mexico.

Or that she jumped horses with the Mexican Olympic riding team.

Google mention is made that while a graduate student at Syracuse, studying with Ivan Mestrovic, she was commissioned to create the Saltine Warrior sculpture which was to become the campus symbol of the university.

Very few will know of her quest for a Native American model to pose for the over life-size work. A quest that led her to the son of a chief of the Onondaga Nation. Or how, on completion, she was honored in the reservation’s longhouse at the ceremony of the Green Corn.

Or how she danced that night to the beat of the tom-toms.

We will learn that she has received the George Arents Pioneer Medal from her alma mater. Syracuse University’s highest honor.

There is no mention that she has a drawer full of swimming medals.

A Google search speaks at length of her career as sculptor and painter, the gallery shows, the museum collections of the Met, the Whitney, the Smithsonian; the corporate collections. It tells us of the commissions at home and abroad. Of the Great Ark of Revelation created for Congregation B’rith Kodesh in Rochester, New York. And the monumental “Christ in Glory“ installation at the Holy Trinity Mission Church, Silver Spring, Maryland.

Of recent years, mastery of the Mac and iPhone had become her mini-projects. We kept her phone charged for months after losing her -- messages continuing to pour in from across the planet. Appropriately, her site of choice remained NASA.gov, -- for, ever creative, it was her wish that her ashes travel into space. Not simply into orbit, or to the moon. But into deep space. The realm of infinity. 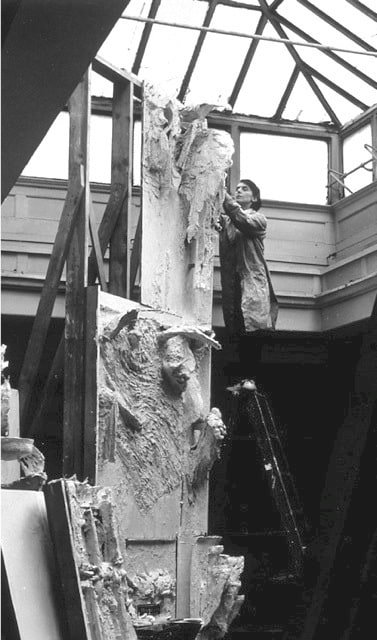 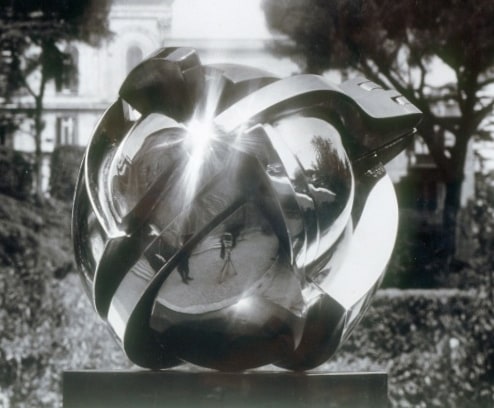 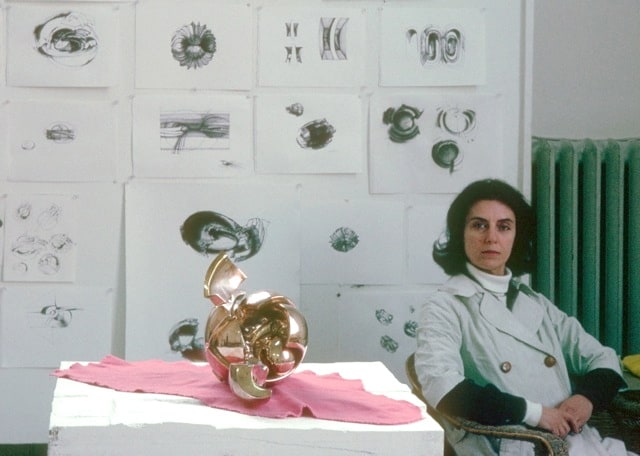 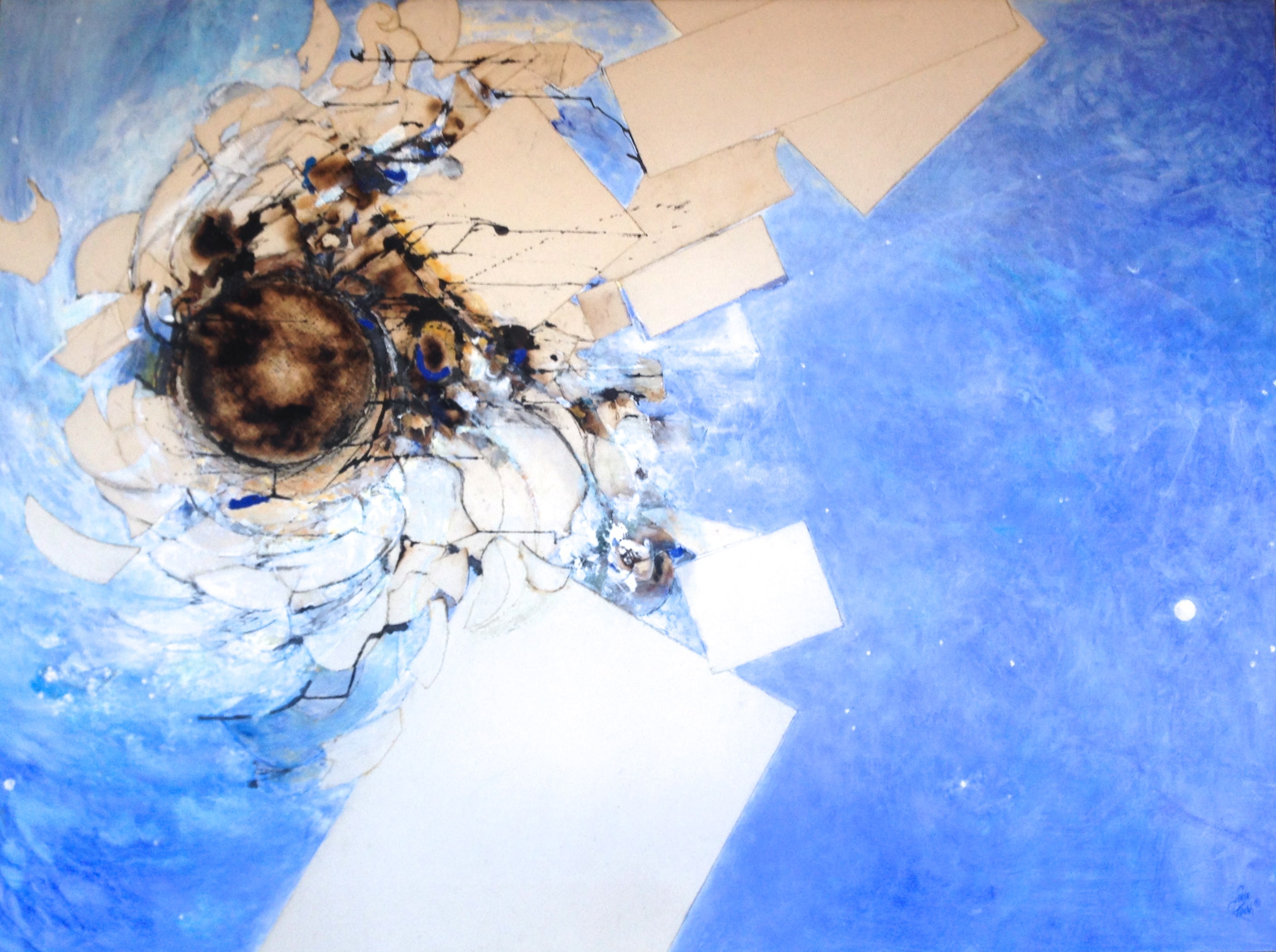 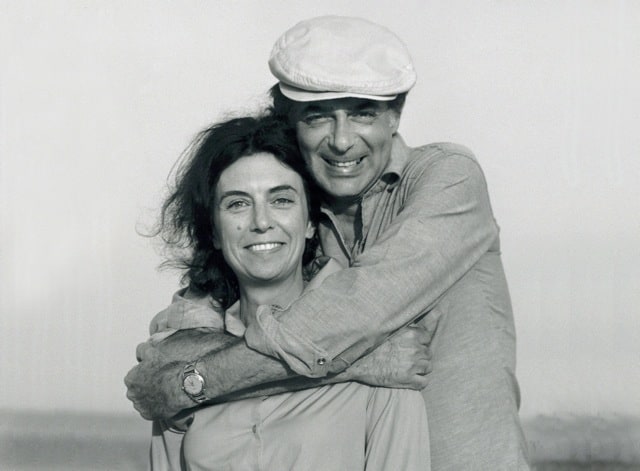