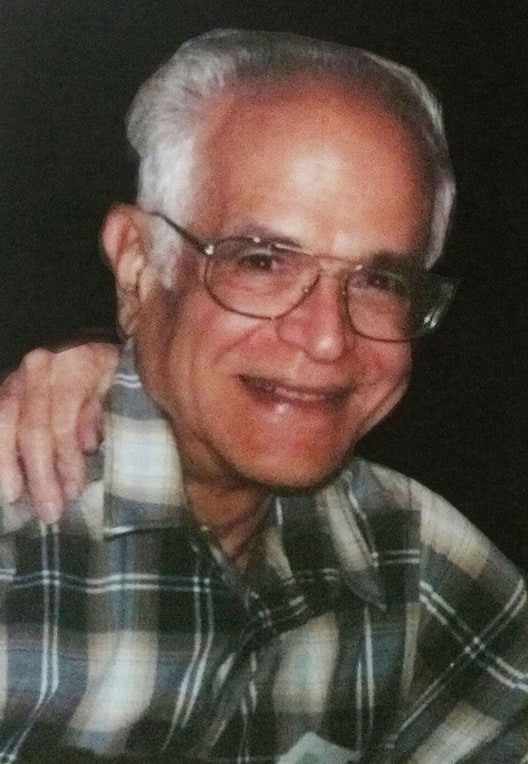 He grew up in Terre Haute where he attended King Classical pre-school, Cruft grade school, Sarah Scott junior high school and Wiley high school.  He was an exceptional student and a quick learner with a special interest in the sciences - math, biology, chemistry, and physics.

He and our family were members of Temple Israel (later called the United Hebrew Congregation) in Terre Haute where, as a child, he learned about the Jewish faith and his heritage. As an adult he was a member of Congregations in his home state of California.  His faith was very important to him throughout his life.

He was an avid and voracious reader and always had his nose in a book of some sort. His favorite subjects were science fiction, mysteries, adventure, and, well, almost anything! His favorite movie was The Day the Earth Stood Still!

He was also a talented debater in high school and had great success on his high school debate team and helped take his team to many victories at many schools throughout Indiana.

Mick also had a great love of music of all kinds and especially loved marches. He was a talented musician and played the piano (only medium well!) and the coronet (very well). He played a coronet in his high school marching band and was a member of an elite trio of musicians called "The Trumpet Trio" who performed and entertained at many school assemblies and in events in the city of Terre Haute.

Mick was not very adept at sports during his early school years but really excelled when he got to college.  While at Harvard he joined the fencing team. He "lettered" all four years and became an All American in fencing!

He began his aerospace career at McDonnell-Douglas in California and worked there several years before going to L'Garde in Tustin, California.  He became President of L'Garde and worked in that capacity from 1975-1995 and again from 2009 until his death in 2012.

One of Mick's avid interests was astronomy and the heavens.  Very early in his life he studied and learned the constellations, the make-up of the stars and planets and other "heavenly" things and delighted in sharing his knowledge with his younger sister - who, for all of her life, thanks to him, has loved the heavens and all of its wonders.

It is certainly no surprise that his life's work was embedded in the subjects of space exploration, discovery, the unknown, science - and fiction, and the heavens.  How appropriate that he should become a part of it all!

My Dad the Rocket Scientist

My Dad the Rocket Scientist… seriously, he really is!
I was always proud to brag, the president of his own biz!

I miss you Dad and my heart aches to again be full,
This loss leaves a void the size of a black hole.

He taught me so much as I stormed through my life,
How to think things through, how to get me a wife.

He always did the right thing and never ever lied,
Was altruistic and a giver living life with real pride.

He met a woman he boasted always kept him smitten,
He said he really scored with her and I’m not shhh… JOKING!

Did you know Dad and I had a lot of fun hiking over 14,000 feet?
That where I first learned about the elusive Golden Trout meat.

Together we played games of chess and fixed some cars,
In 3rd grade he blew my class away with actual pictures of Mars!

He always amazed me with his incredible will power and self-control,
His discipline, his logic, his grasp of physics, his soul.

Did I mention he graduated Harvard and fenced extremely well?
Yep, went to state and kicked “Tookis”, really rang their bell.

He did and had it all…. Love, family, career, house with pool,
Man what a stud… so good looking, intelligent and cool!

Dad recently said, “Looking back son, I have no regrets, my life’s been great.”
So for Dad, let’s all heal and limp forward, be better and have a no regrets fate.