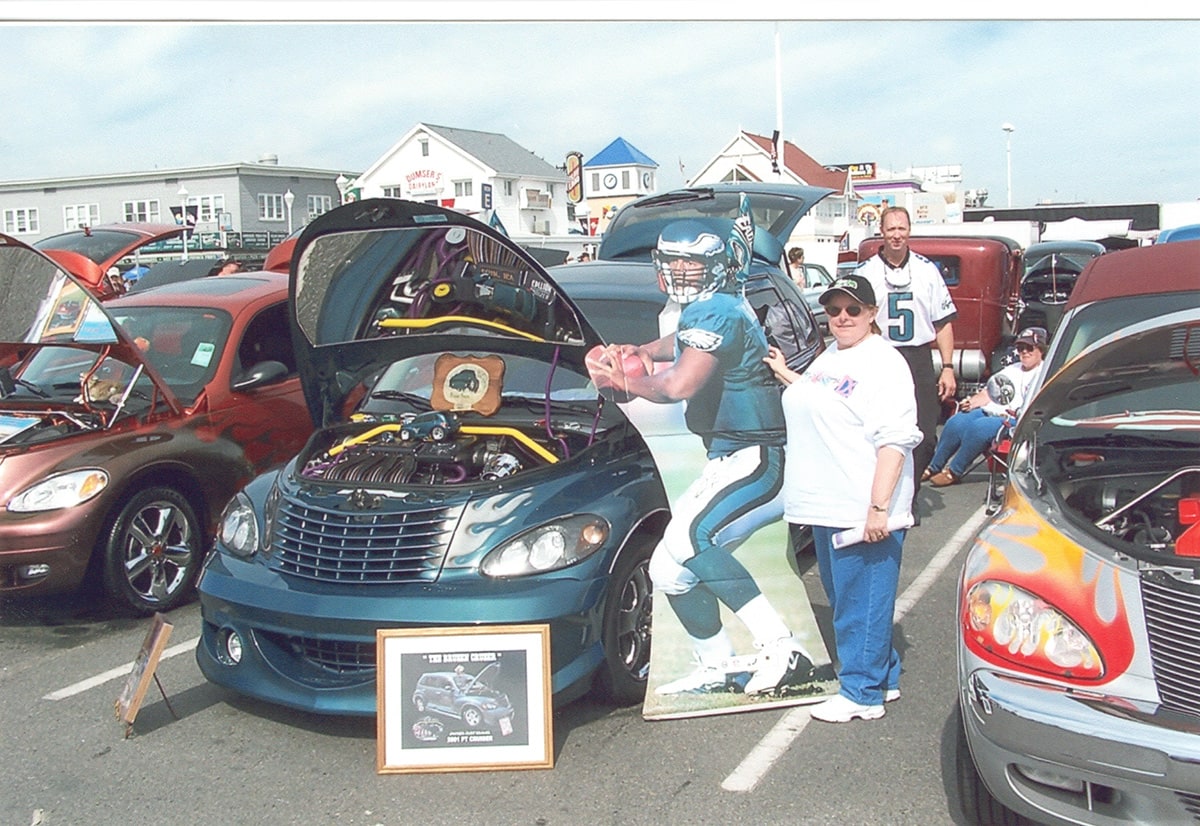 Sharon Louise Baughman Gourley was born on August 11, 1947 in the old South Baltimore General Hospital and grew up in the Brooklyn neighborhood of Baltimore, Maryland. She was a tomboy growing up, falling out of trees, “stoving” her finger playing softball and riding her skateboard down the steep cemented hillside of Benjamin Franklin Junior High School, “dear old 239”. This was when skateboards were just that, boards nailed to roller skates. Sharon graduated from Baltimore City Southern High School in 1965 and then attended one year of nursing school before marrying a childhood schoolmate and becoming the mother of two sons, Wayne and Glenn. She had worked as a switchboard operator for the telephone company, was a “rotor” clerk for the FBI, and then entered the insurance profession from which she retired in 2009.

Sharon’s favorite band growing up was the Beach Boys, but in the 1980’s she discovered Metallica and heavy metal. We attended four Metallica concerts including the concert at M&T Bank Stadium that kicked off their 2017 tour. She never understood why I watched golf, but I told her to pick a golfer and follow him and she selected Fred Couples and later Seve Ballesteros and enjoyed watching the Masters and was thrilled to be at St. Andrew’s in Scotland and stand where they had. Sharon also didn’t understand why I continued to watch football after the Colts left Baltimore and I told her to pick a player or team to follow and she picked the Philadelphia Eagles and was elated that they won the Super Bowl in her lifetime. We had attended four of their games in Philly over the years and she loved visiting that city. Sharon had a lifelong love of flying, grew up watching Sky King, took flying lessons, and wanted to take a rocket ship into space. Her face beamed when I told her I was going to send some of her ashes into space! Sharon loved sci-fi movies, especially Forbidden Planet, Tom Cruise movies, especially Top Gun which she watched over 60 times, and Transformer movies including the last one a week before her passing. We were married on November 3, 1978 and we had been friends since the age of 14. We managed to visit all fifty states, cruised much of the Caribbean, and she took pictures of all 31 of the football stadiums.

Sharon was diagnosed with breast cancer in 2004 and afterwards had reconstructive breast surgery. In 2009 she was diagnosed with a cancerous kidney, learning after its removal that her remaining kidney wasn’t operating at full capacity. She had high blood pressure and asthma as well. On April 1, 2018 she was diagnosed with acute myeloid leukemia and following two weeks of chemo, facing a prognosis full of “ifs” and no cure available, she stopped treatment and wanted to die in our home which she did on April 25, 2018. She wanted to see all her friends in heaven and be reunited with the father she adored. Sharon retained a child’s sense of wonder, inquisitiveness, and passion for the things which interested her. I always told her “that every day is an adventure” with her and thank Celestis for providing me the opportunity to share this last adventure with her.