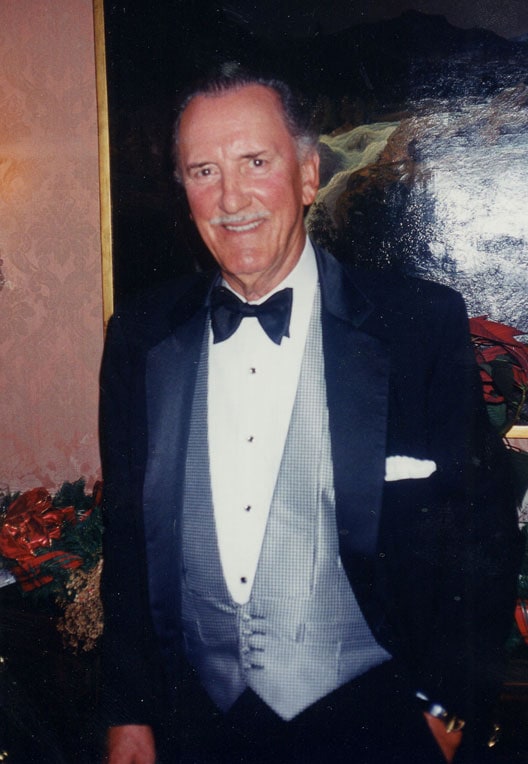 He came from a family of ten children, born of a kindly mother and an upright father. Mayo Broussard learned his work ethics and dreamed his dreams while being raised on the family farm located in a very small community in South Louisiana, about 120 miles west of New Orleans. He knew he was meant to move on at an early age. After serving his country during World War II, and having a chance to see the world, he decided that California (and more particularly, Los Angeles) was the place for him. All alone, with just his hard work ethics, his common sense and his dream, he set out to “make his fortune.” He owned and operated a paint-contracting business, and because of the man he was, this business became one of the most successful paint-contracting businesses in Los Angeles. Mayo set up shop in the middle of Hollywood, when Hollywood was really “Hollywood.” He made friends and socialized with some of the Hollywood names that kept his family back in Louisiana “starstruck.” And, when Mayo found time to come home for a visit, it was an “event” — you know, “small town boy does good.” He had that “tall, dark and handsome thing about him” and that sort of shy, classy charm. We were proud of him and actually thought of him as the movie star.

His passions, besides his business, of course, were music which was his companion in his youth, and golf which was his mid-life mistress. Music helped him dream and golfing opened up a whole new world for him. Of golfing, he proclaimed that he wasn’t going to let that little bitty ball get the best of him. And, he made many lifelong friends through golfing.

But, it wasn’t until he retired and moved to Palm Springs, California that he found the right woman to share his life: Mayo married Phyllis Schmid. He was now able to enjoy the fruits of his hard work and had someone to love. They both enjoyed playing golf and were the perfect match for each other at this time in their lives. Alas, after only ten years together, she left this earth, leaving Mayo with a void he could not fill. Two years after her passing, he has left us, too.

You are missed, Uncle Mayo. You bruised easily because of your tender heart. Integrity was the most important thing to you. You were especially kind to animals. You had such a flair for the technical and an open mind for new innovations. You demanded the best of everything and everyone and you were meticulous about yourself and your home. We learned from you while you were here. Thank you for the stories, the memories and for sharing yourself.

Take our love with you as you take this first step into the universe and as you join Phyllis (The Millennial Flight [Celestis 03]) among the stars.

With Much Love and Gratitude to You, Uncle Mayo
Sandra