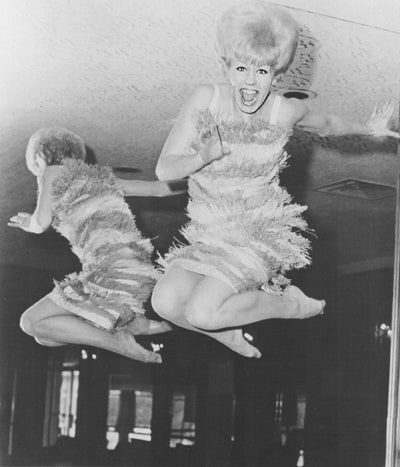 A look at the stars, a touch of the hand
You are wished whatever comforts you,
Whatever brings peace to your heart.

Known as "Queen of the Twist" and "Miss Perpetual Motion," Candy Johnson was one of the leading dancers of the 1960s. Her extraordinarily energetic dancing performances brought her fame on the silver screen and thrilled audiences in prominent hotels and nightclubs across America.

Born in San Gabriel, California, Candy started tap dancing lessons at age five and would continue her study of dance through high school. At age 17 she entered a Chubby Checker twist contest in Los Angeles where Red Gilson, a promoter, discovered her and invited her to be the dancer for his band, "The Exciters." The group performed across the country, including such famous venues as the El Mirador Hotel in Palm Springs, the Thunderbird Lounge in Las Vegas, and the 1965 World's Fair in New York City. Johnson appeared in four of the Frankie Avalon beach party movies, including Beach Party (1963), Muscle Beach Party (1964), Bikini Beach (1964) and Pajama Party (1964). She also performed on a two-year tour of American military bases.

Watching the video of her dance in the end credits of Beach Party makes it easy to understand why she was so appreciated by the audiences of her day. It also makes it easy to believe her amazing daily routine: Due to the intensity and duration of her performances, Johnson lost at least three to four pounds during the course of any given show, which she gave several times per day. So she ate six meals daily and slept 12 hours each night. One statistician estimated that, over the course of a four-year period, Johnson lost approximately 7,000 pounds!

Reporter Watson Crews, Jr., writing in 1965 in the Sunday News, gave a good description of her dancing and her dress:

Her routines are entirely impromptu, depending on how she happens to feel at the moment, although she usually uses some 192 different steps during each performance. There is nothing really suggestive about any of her motions, which include variations of the twist, the frog and all its cousins, what used to be called the shimmy and even a twinge of the hula.

Her costume is exceedingly modest, a knee-length, breastbone-high dress covered with fringe. It may stretch out of shape here and there due to the violence of her convolutions but if anyone expects to see anything he shouldn't, he might as well stay home.

Each of these dresses is custom made and has three different linings to absorb the perspiration -- "You might as well call it sweat," Candy says. "I sweat like a horse." She has to order several dozen a year.

Her shapely legs are encased in nylons with no shoes. She wears out a pair each time she is on the stage (or on the tables, where she can be found part of the time). One year, at a guess, she claimed an income tax exemption of $1,800 for stockings. The government objected and she dug up receipts that totaled $2,500. There are no more squawks.

Johnson did not let the glamour and attention from Hollywood go to her head. Mick Jackson of the Los Angeles Herald-Examiner wrote of her in 1963, "She uses no show-biz slang. She pays wide-eyed attention to her advisors. It's not a dumb-blonde act. She's simply a healthy, wholesome kid who has caught onto a theatrical trend."

The era in which Candy Johnson danced was also the golden age of space exploration, with astronauts flying to the Moon and people around the world dreaming of future adventures in the final frontier. Candy, along with her sister, Gayle Johns, had those dreams fulfilled upon their launch together on board The Centennial Flight from Spaceport America, New Mexico. Indeed, New Mexico is a fitting location for her launch as the Santa Clara Pueblo Indians of Santa Fe, New Mexico -- impressed with Candy's dancing -- called her, "Nagome Povi," meaning "Flower Among the Tornados." Now she becomes a flower dancing among the stars. 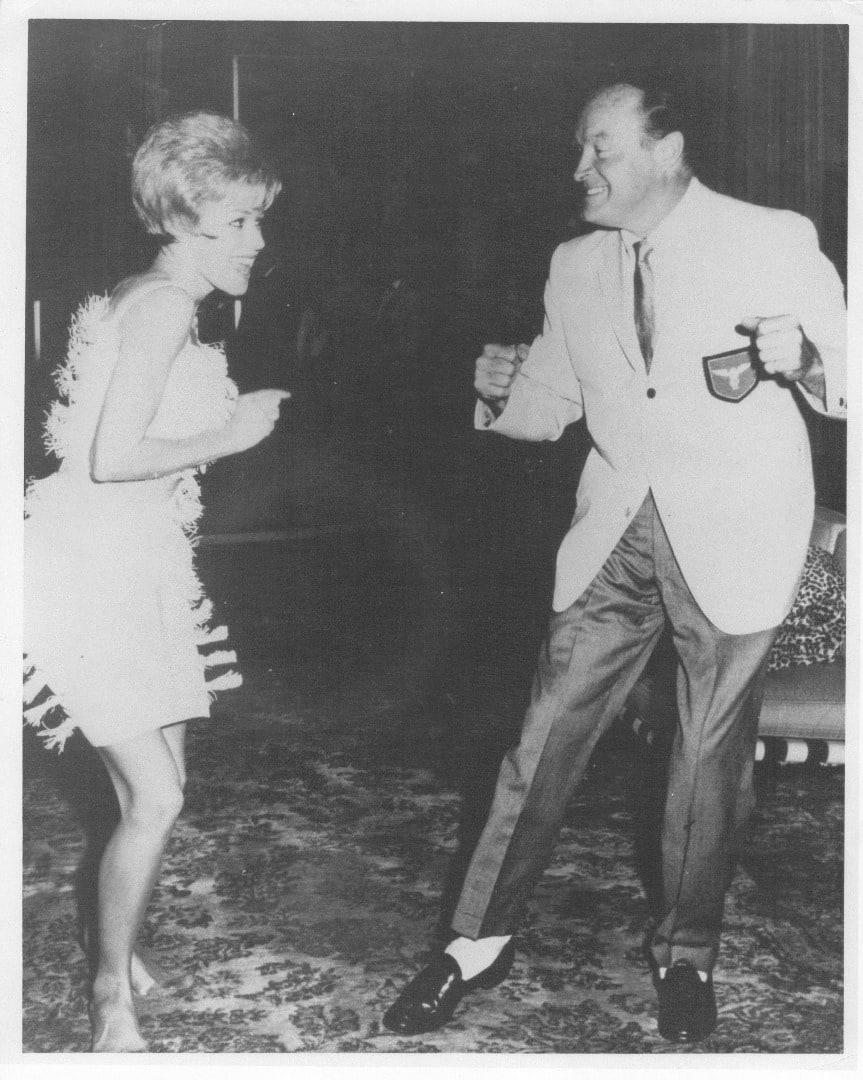 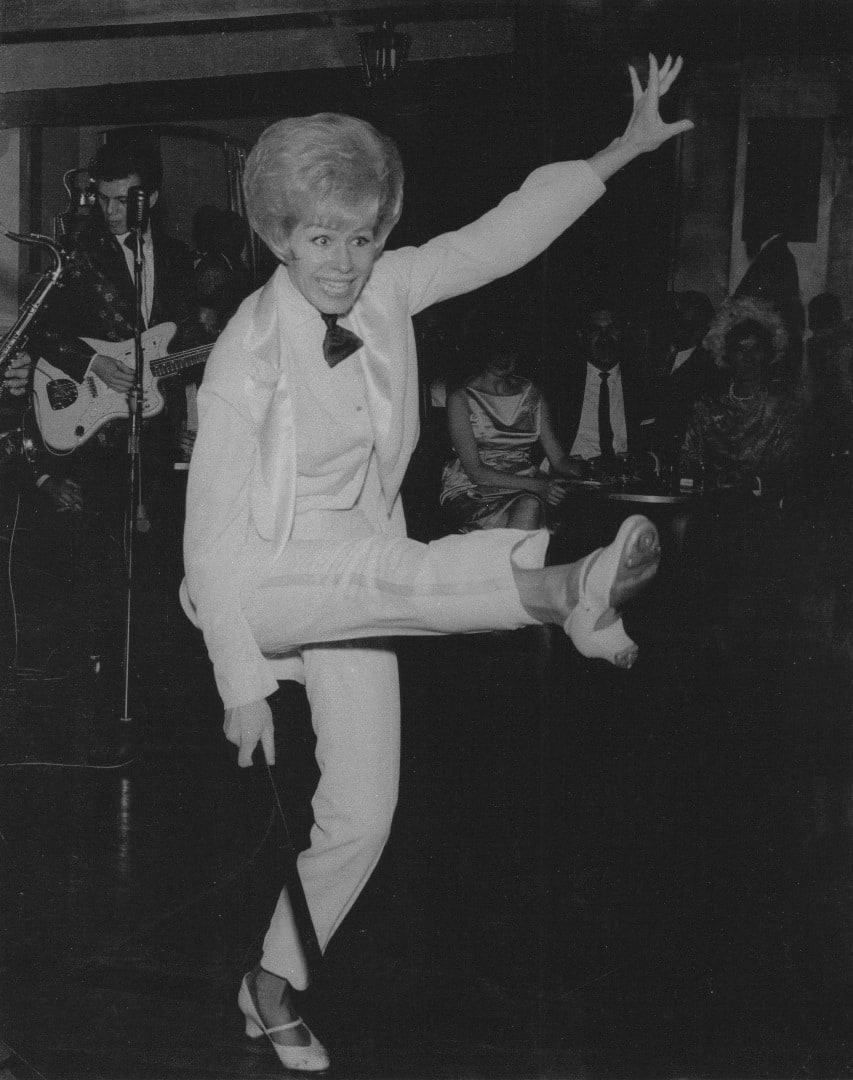 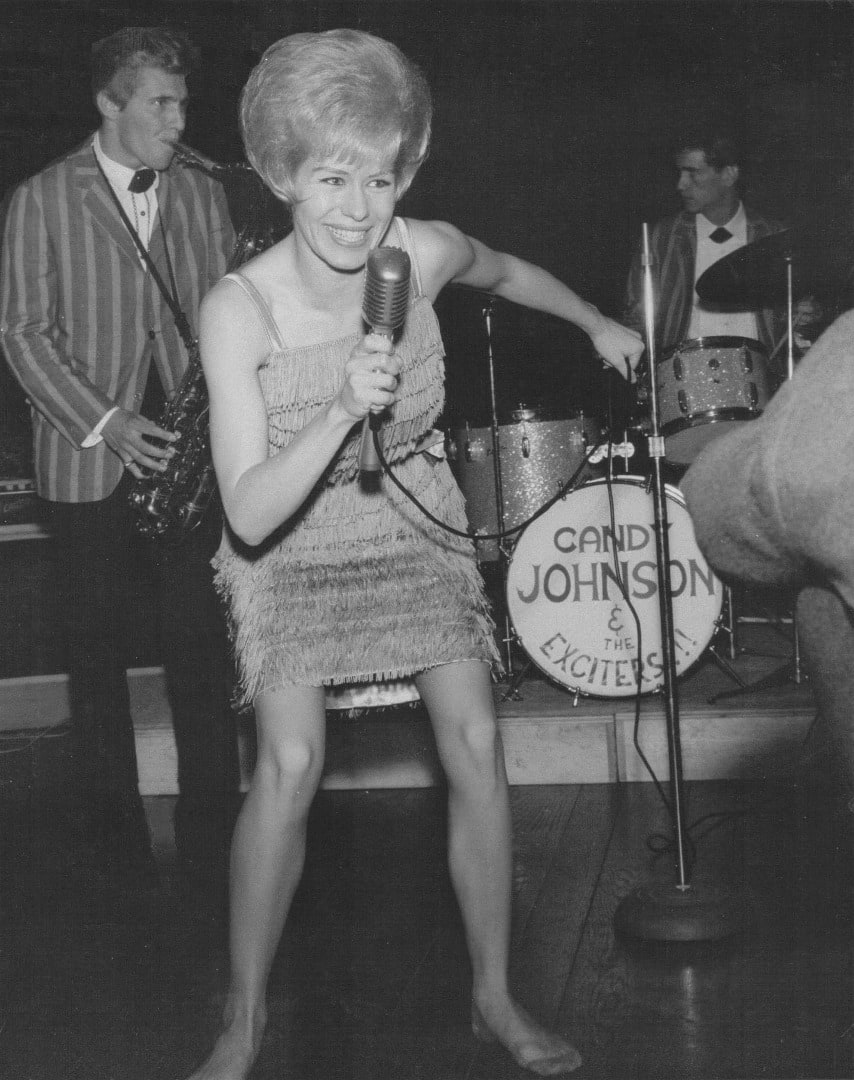 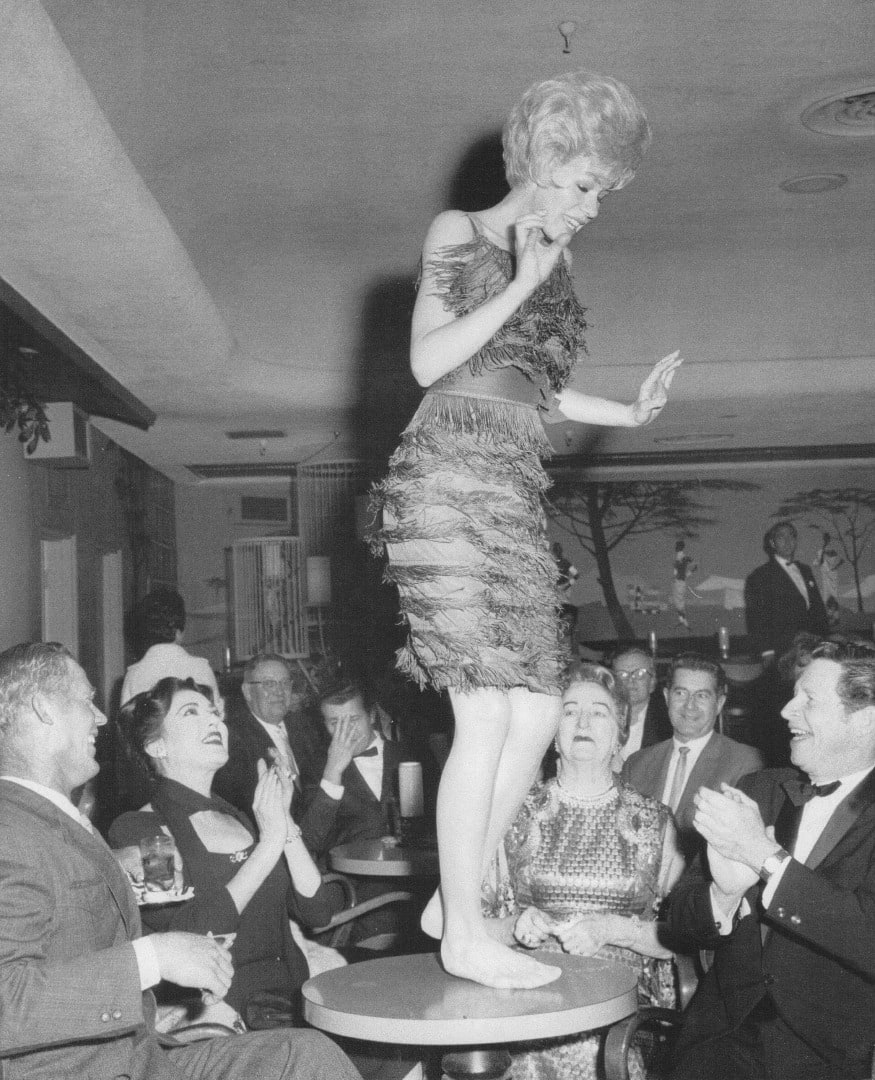 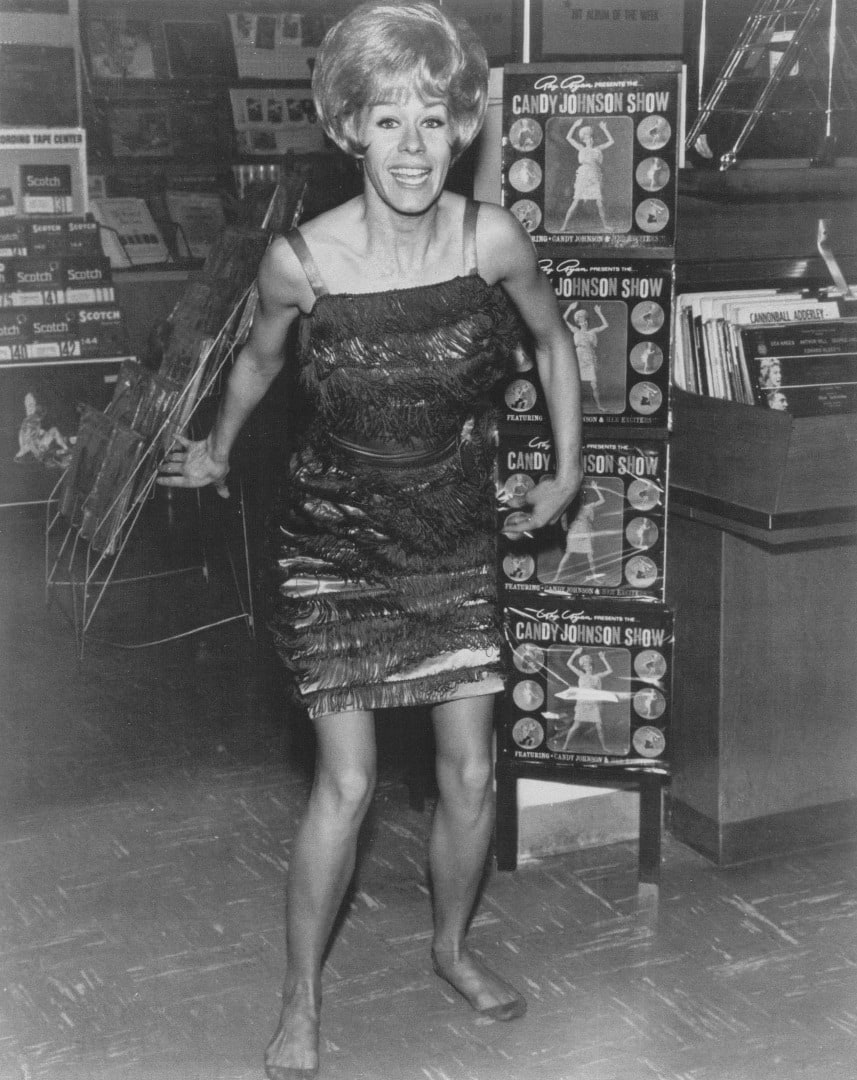 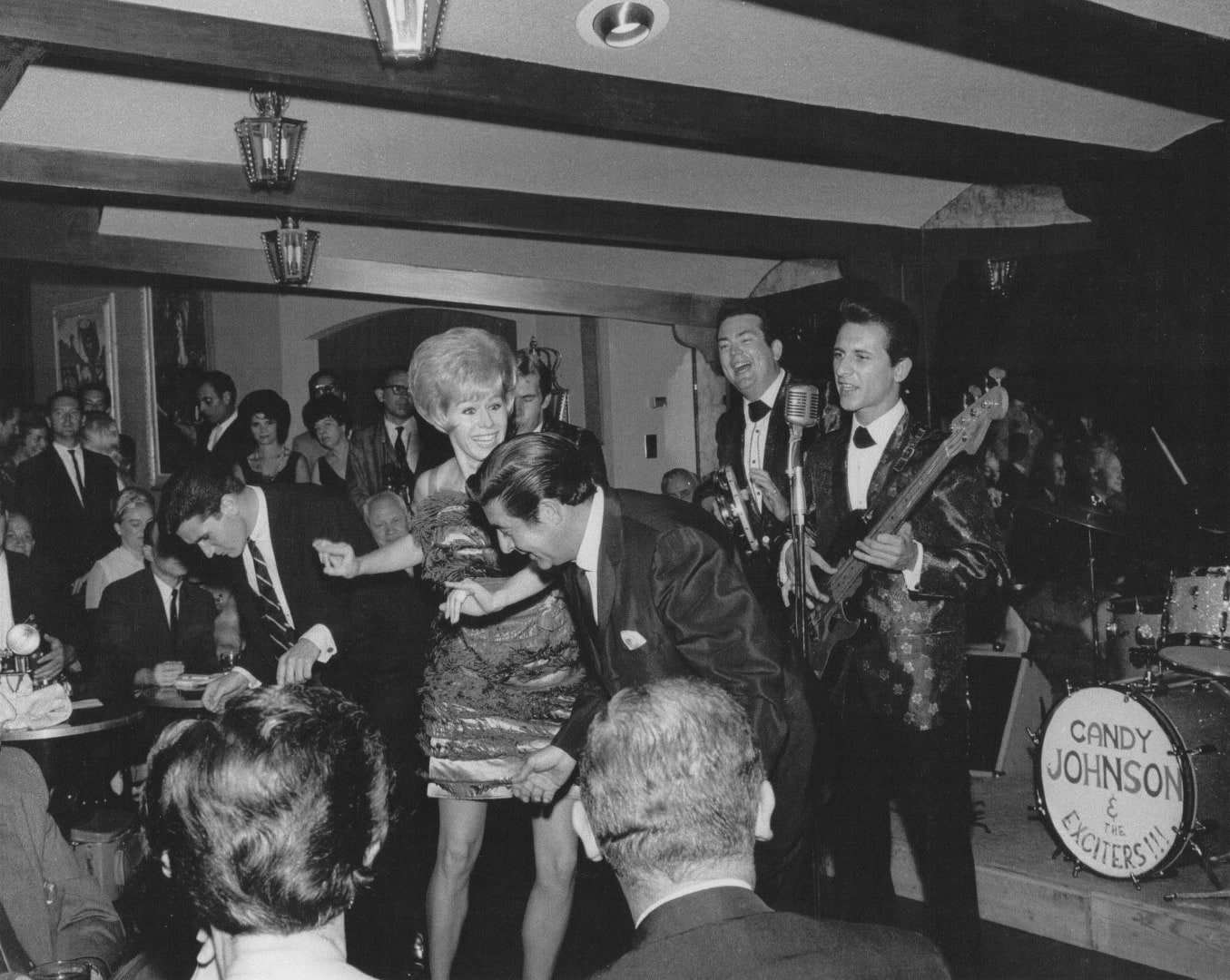 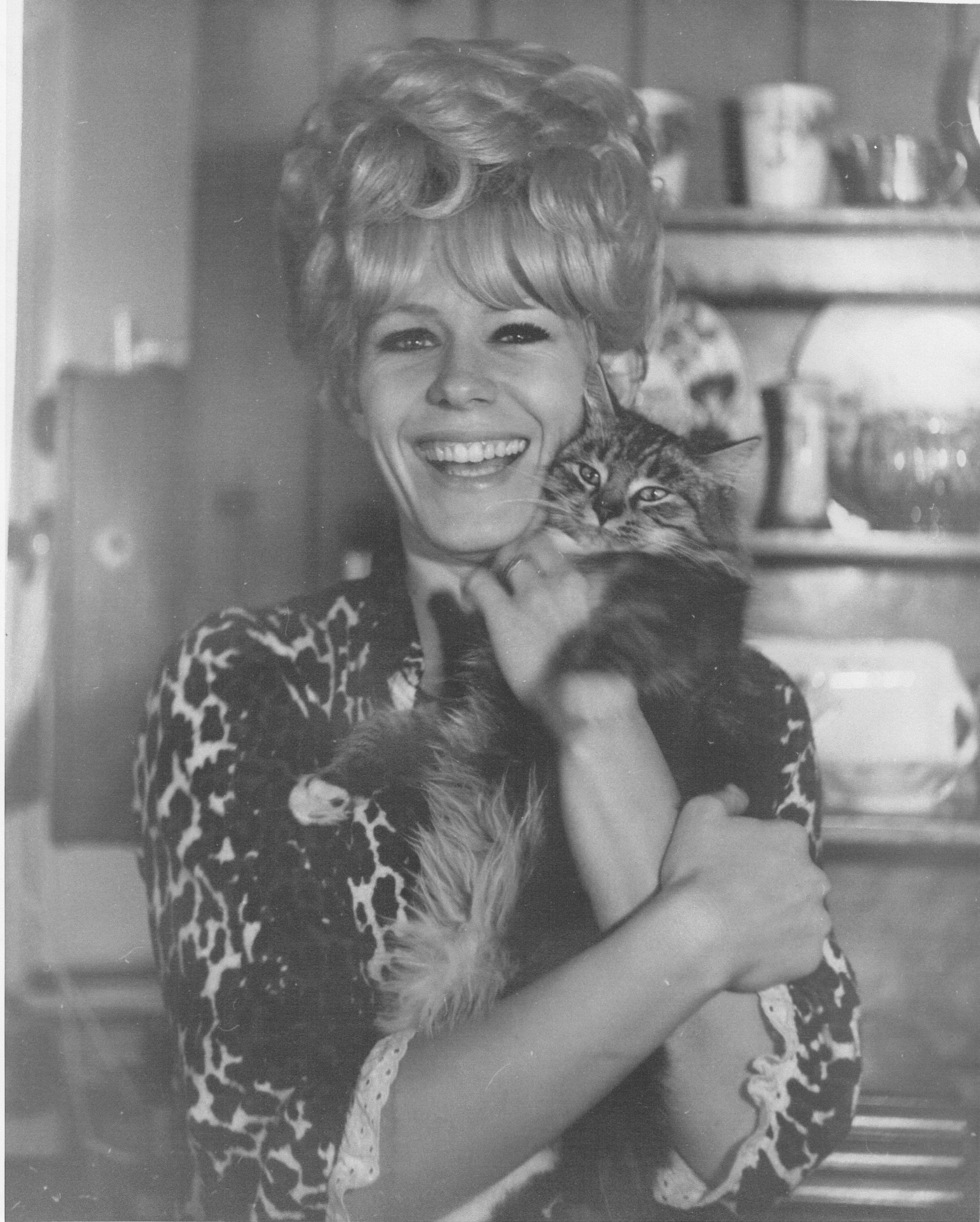