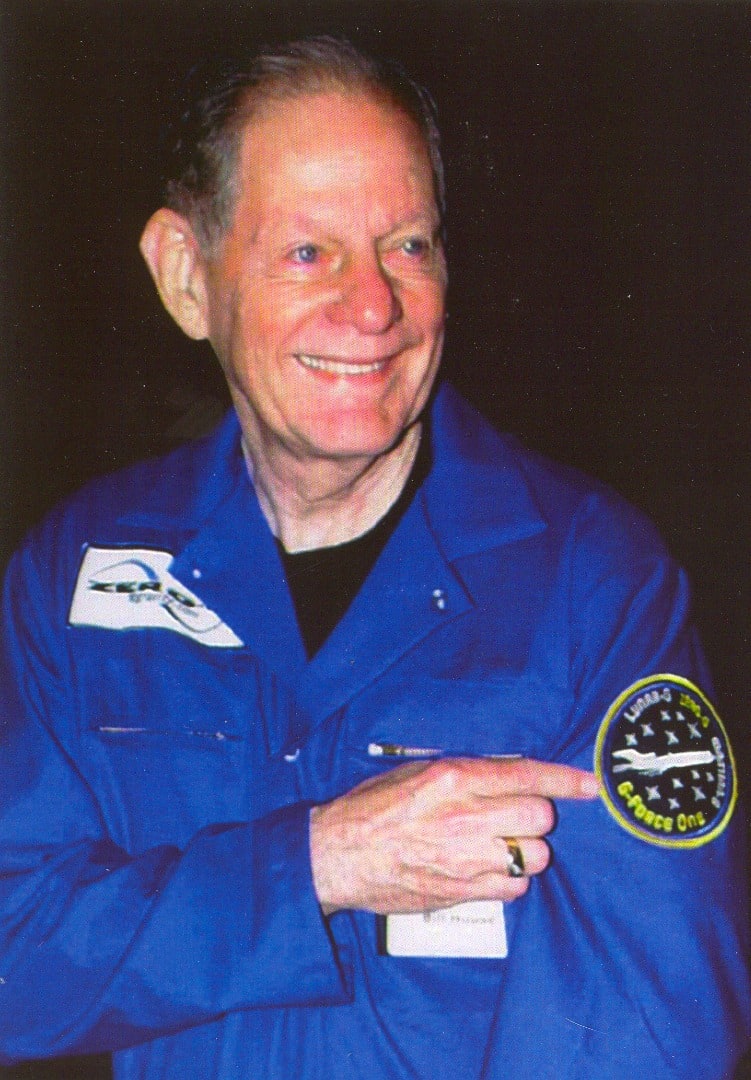 William T. "Wild Bill" House had a brilliant mind with a PhD in Organic Chemistry. He retired from EXXON Research and was the President and CEO of his company, House Wares Inc., for 23 years. Most of his corporate work was with International Paper Company in Memphis, Tennessee. A veteran of World War II, he was a member of the 11th Airborne Division, and loved his country.

He was a young at heart 78-year-old, who loved living life to the fullest and had a wonderful, adventurous spirit. Bill was a proud member of both Incredible Adventures, and Space Adventures experiencing exciting, unusual activities that few could only imagine or dream about. Of all his adventures, it will be his upbeat personality and remarkable, humorous wit that friends and family will miss. Always a quipster, he was never without a play on words, a pun, or a creative saying.

Bill felt that launching his ashes into space would be the last unique adventure that he could have. He loved the space program and always wanted to go into space. He often said, "If I had enough money and was younger, nothing would stop me from going into space."

He always had a smile and two thumbs up for all. He was an active member of the YMCA and Salvation Army. He was born in Orlando, Florida and was a long time resident of Baton Rouge, Louisiana where he lived with his wife, Beth Evans House.

When he died, Bill wanted to have a party in celebration of his life and have his friends "kiss my ash goodbye." So his family held a service and the celebration. He had one saying that he used on a daily basis: When asked, "How are you?" Bill was never having a fine or good day, it was always "Super Terrific, maybe better." Another saying was his quote from his email, "If you are not living on the edge, you are taking up too much space."

Bill's friends at International Paper compiled "Memories of a Special Friend" and one comment was especially poignant: "Ashley Montague, the social scientist and critic, said, 'The idea is to die young as late as possible' the way Bill lived his entire life epitomized this saying."

Other comments about Bill:

"Your greatest gift and talent was your willingness to share your joy in life with those who came into contact with you ... people were just happier when you were around."

"I believe the earth is inhabited by a few amazing people. They are unlike the rest of us being blessed with guiltless hearts. Their inimitability is obvious and once you stumble upon one of these exceptional souls, you are deeply affected - that was Bill House."

"I appreciated his sense of humor and the beautiful hues in which he viewed life. His life was a brilliant burst of color that spilled over and touched your heart with wonderment. He was a luminous explosion of light."

"He loved you very much Beth."