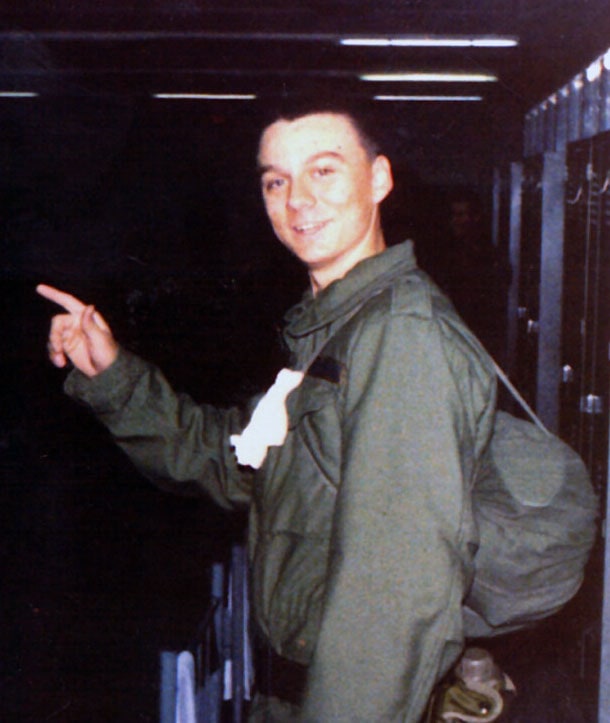 William spent his childhood dreaming about becoming an astronaut. He read science fiction and grew up watching as the United States sent men into space and to the moon. He drew pictures of airplanes and spaceships. He wanted to go to the moon too.

His love of space and flying caused him to join the U.S. Air Force at age 16. There he became a respected flight line mechanic. By age 17 William was chief of his own line crew. Later he tried out for the astronaut corps. He qualified in every way, except physically. This was a great disappointment to William, but he kept his remarkable sense of humor and his desire to travel into space never diminished.

William didn't marry. He always said with a chuckle that the right girl hadn't found him yet. He told his mother, "The girl who finds me will want to fly to the moon with me."

William was an explorer. He loved to climb Earth's mountains and travel her waterways. Once he and some friends rode innertubes in rapids, and William turned over. His friends were afraid they lost him in the foaming water, but he emerged unhurt and grinning.

William was a best friend to many, a great son, brother and uncle. He was a good man, a righteous man, who didn't compromise his principles. In April 1996, his life was taken away from him, and he was taken away from those who love him. Now Bebo is where he always wanted to be -- in the heavens bove the disappointments and sorrows of Earth. But he would tell us not to be sad, that there is a greater future ahead for all of us, and that we should look forward with our hopes and dreams. For William knew that there is so much of life and God's love to be explored, on Earth and in space.

He will wipe away every tear from their eyes, and death shall be no more, neither shall there be mourning nor crying nor pain any more, for the former things have passed away.