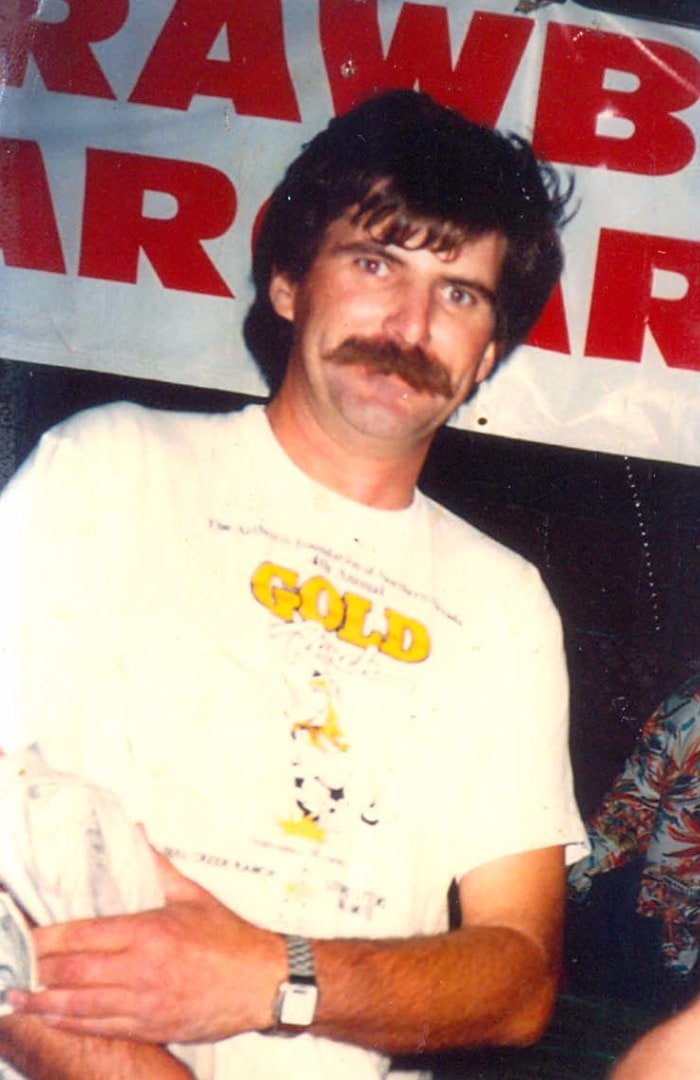 "Billy" was born and raised in San Diego, California. He was the third of four children, with two older sisters, Debra and Laurie, and younger brother Richard.

It was discovered at an early age that he had an exceptionally high IQ, which explained his constant curiosity of everything ... books became his best friends. He had to know, he had to read. He had so much information swirling around in his brain, that his head was usually about three steps ahead of his hands and feet ... which got him out of a lot of childhood chores.

Our Billy had so many plans and dreams. After graduation he joined the Navy and did a Tour of Duty in the Pacific and Indian Oceans. Later he worked as a Plumber, Master Cabinet Maker, and was working in Electronics Technology, becoming proficient at all. But once he mastered one skill, that brain of his was bored and he had to move on to new challenges.

The last four years of his young life were plagued by strokes and heart attacks, with an amputation and massive stroke taking him from us. His greatest angst during these hospital stays and recovery was that he knew he would never be able to go back to work, learn more, do more. The Blessing during these times were the long conversations we had. During one of these he told his mother he knew he was leaving soon, and regretted that he would not fulfill some of those big dreams. He asked her to promise to send his ashes into space, so he could see for himself, from the other side, what was out there.

Billy never attained great goals, but he REACHED, he REACHED.

As a teenager he gave a gift to his mother Lenora. It was a large poster of Albert Einstein, with his quote, "GREAT SPIRITS HAVE ALWAYS ENCOUNTERED VIOLENT OPPOSITION FROM MEDIOCRE MINDS." He said, "this is you and me mom."

A reading from his Memorial card says what is in the families hearts:

God saw that he was getting tired,
And no cure was to be.
So he put his arms around him,
And whispered, "Come with me."

With tearful eyes we watched him suffer,
And we saw him fade away.
Although we loved him dearly,
We could not make him stay.

A golden heart stopped beating,
Hard working hands at rest.
God broke our hearts to prove to us,
He only takes the best.

We love you and we miss you.......See you later sweet Billy