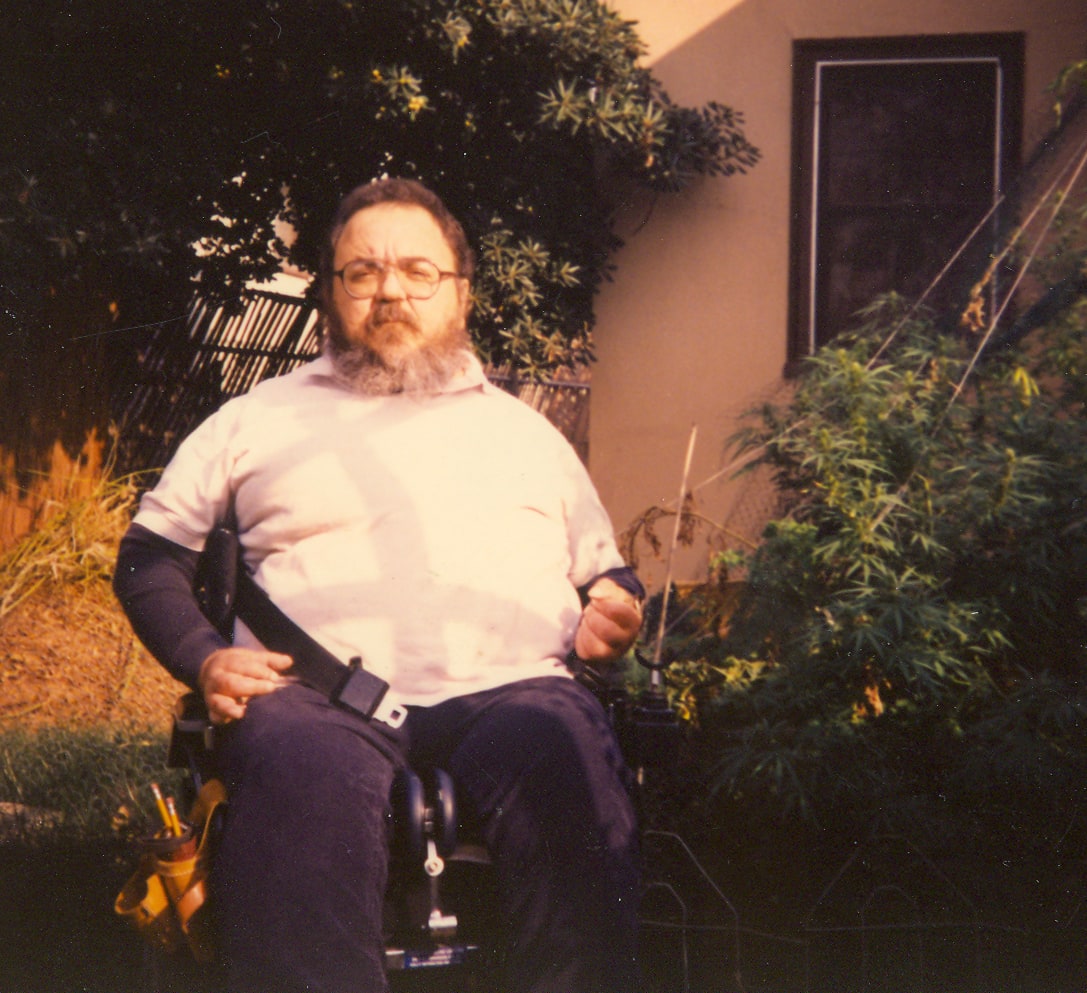 Vincent Pinto was born in Boston, Massachusetts on January 1, 1951, but was raised and lived in Southern California. He attended Mark Keppel High School in Alhambra, California where in 1966 he suffered a spinal injury that left him a quadriplegic for the rest of his life. Despite this he graduated from high school with his class, and went on to complete a psychology degree from Cal State Los Angeles.

Vince loved music, wildflowers and the ocean. Vince believed that in not being of able body he was destined to be unable to leave a tangible and physical mark on this world. Vince saw his inability to hold and shape raw material with his hands -- the inability to construct some physical manifestation that would benefit others and leave behind a piece of himself in a realized physical form -- as the greatest flaw in his life. Vince heard from many, but never reconciled in his own mind what I and others know to be true: that his life, thoughts, and ideas shaped and molded the raw material of the lives he touched around him for the better; and that his wisdom and council left an indelible mark on the lives of many, and in doing so has made life on this rock a better place for humanity.

Vince's tangible mark on humanity will continue long past the remembrance of this day, these times or any physical evidence. Few men can stand beside as equals in the shadow my brother's legacy will cast. In my chosen profession I have submerged into the depths of the unknown, sailed into harm's way, and seen firsthand the horrors of war. I have done so shoulder to shoulder with men I have called "brother." We live a life based on Honor, Courage, and Commitment, and yet I state here that to have known MY ONE TRUE BROTHER VINCENT is to have known true greatness. Every day he displayed more courage, commitment, honor, and bravery than any other man I know: The impossibility of comprehending what his daily life was like and the depths of turmoil he knew is fathomless, yet every day he faced it, he tackled life head on, on his terms, in his way, and all the while with a smile, laugh and sense of humor that spread joy to all those around him.

So I, we, believe that Vince is now everywhere, that his influence and person has shed its physical limitations of the flesh and is loosed upon the universe to wreak whatever magic, havoc, and good that he so deserves and sees fit. When you look to the night sky and see the marvel of the cosmos, perhaps seeing a shooting star, imagine it as an intergalactic wave which Vince could now be surfing. Or imagine the wonderment in the rebirth of spring as the chance for new life that Vince might have in store. Or consider perhaps the possibility of reincarnation in the glance or chance meeting with a stranger one day who's walking, running or swimming by. For truly any of these and countless other wondrous scenarios are possible, and it is possibility, an ever optimistic and inspirational outlook and life example that I will honor as the reminder and remembrance of my and your brother, your uncle, your cousin, your friend, the man we have all loved and are better off for having known. For heroism manifests itself in a variety of persons and places: It is not reserved for the warrior class, it is not only associated with men of public stature. For the true heroes are those among us that tread lightly upon this earth and leave it a better place for having been there: My brother Vince has been, and will always be, my hero.