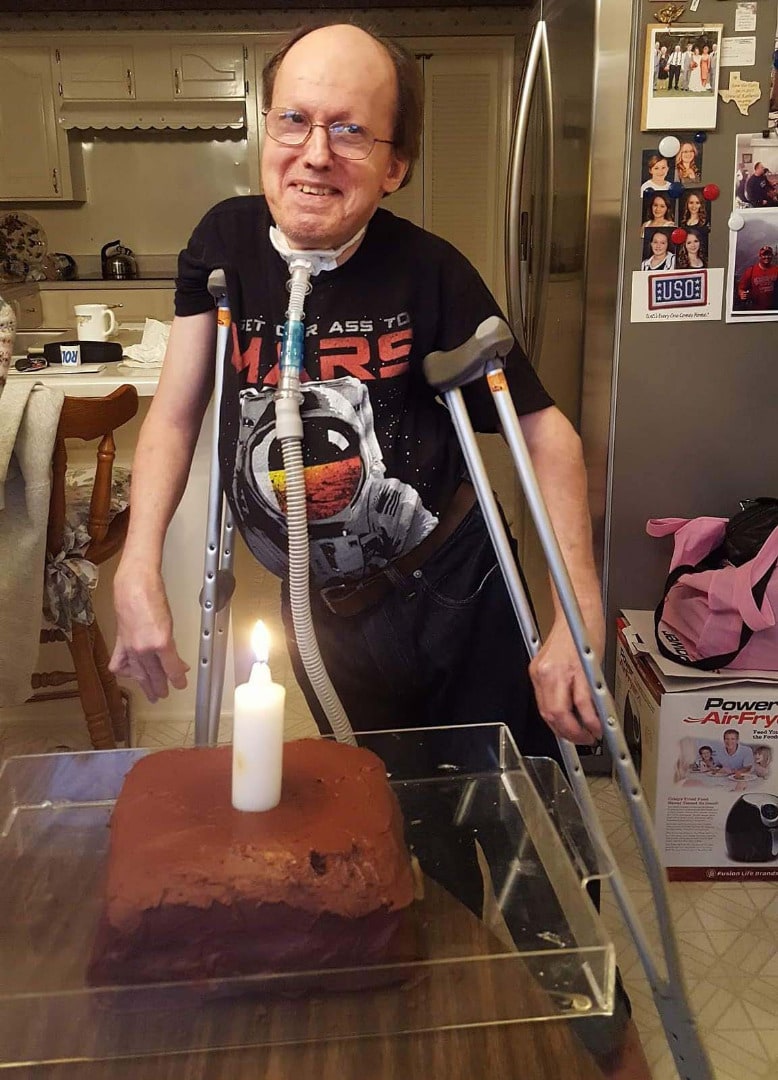 Tommy was born in Dallas, Texas in 1959.  He was born with Scoliosis, Kyphosis, and a missing hip socket.  The doctors told his mother to just “take him home and love him” – not thinking he would live long.  They clearly did NOT know his SPIRIT.  He lived an AMAZING 59 years blessing everyone in his path.

God blesses each of us with GIFTS and Tommy was blessed with many.

Born in Dallas, Texas with Scoliosis, Kyphosis, and missing a hip socket – it took years for them to actually figure out that he WAS missing a hip socket.  He endured years at the “Society for Crippled Children” doing physical and occupational therapy that did little effect.  He endured a form of traction with sand bags on his legs to “move” his legs, etc before they finally did an x-ray and identified the missing hip socket.  He began going to Scottish Rite Hospital.  When he was about 8, they did a major surgery on his legs, and put him in a body cast from the chest down covering both legs for 6 weeks – trying to “fix” his leg issues.  They wanted to fuse the bones in his back as well, but he refused.  He ultimately learned to walk with leg braces at first with crutches and then without.  At that point, most treatments stopped.  He endured many, many surgeries, braces, and casts – but NEVER complained.  In fact, he would go through the hospital visiting other kids in their rooms and chatting up the nursing staff – something he continued to do his whole life!  Always with a smile and a wicked sense of humor.

Upon graduation, he was employed at Raytheon as a Graphical Illustrator where he would work for 25+ years until retiring due to medical issues.  He was often requested by the President of Raytheon to complete the most prominent project illustrations for pitches to NASA and the government.  He designed many of the logos that were used for projects/patches.

He was an aviation and space FANATIC since he was little.  His first space experience was with his “Matt Mason Space Set” and watching and following all things Apollo, of course.  He continued to study space his entire life.  He spent huge amounts of time watching space missions and pulling his family and friends into the loop. He could identify any plane in the sky.  He would sit at the end of Love Field or Addison airport runways on Friday nights, with a few beers, and watch the planes come in – just for fun.  He and his best friend also went to the Air and Space Museum at the Smithsonian during college years - and noticed that one of the planes hanging was technically incorrect.  They pointed this out to the officials at the museum and after much debate they conceded that the young teenagers were CORRECT!  That’s how well they knew their planes.

He funded many “Go Fund Me” businesses pursuing space in the private sector.  He was a huge proponent of “SpaceX”.  He also created a massive collection of space “covers” where he ordered envelopes and stamps from each unique mission and had them postmarked from the launch site.  It was a huge labor of love to put together such an extensive and knowledgeable collection.

His other hobbies included building and flying radio control planes; he was a member of the local RC Club.  He also enjoyed a love of fresh water aquariums.  In college he built his own tank and began raising Discus and Cichlids.  In addition, he built a custom “bog” and raised carnivorous plants from all over the world.

His physical “uniqueness” was not what made him one-of-a-kind – it was how he responded to it that MADE him WHO he truly was.  He NEVER complained about his situation.  He could not sit due to his missing hip socket.  He stood up all day at work; often working a double shift to meet a deadline, yet never complained ONCE about his physical body.  He was fiercely independent and purchased a truck with hand controls to drive himself around – leaning vertically across the seat to drive rather than “sitting”.  All those who crossed his path learned from his “accept it and move on” attitude.

Our bodies are just our shell; our “package” to carry our souls on this Earth.  It doesn’t matter what our packages look like – it’s our SOUL that defines us.  Tommy was a living example of this.  It was NOT his physical issues that defined him – it was his resilience and how he handled his challenges with grace and acceptance – never complaining, always ready to find a solution or accept and change course.  One of his favorite quotes, from Led Zeppelin, was:   “And though the course may change sometimes, the rivers always reach the sea”.

Looking back over his life, I can’t help but think how MUCH he LIVED his life.  He had a GREAT RIDE.  Obviously the “just take him home and love him – worked”.   He was surrounded by a great family and lots of friends and medical staff who truly loved him.  Seven years ago, due to a failed CPAP machine and Carbon Dioxide poisoning, he was put on a ventilator and could not transition off.  He just adjusted, as usual, and although he was tethered – he was still portable.  In the end, a terrible accident, a fall and disconnection of the ventilator took his life.  God had a plan and it was his time before the complexities were too great.

As Christians we should live with eternity in our sights.  It will be a homecoming, a CELESTIAL celebration, if you will, where we will stand before His throne in hopes of hearing our Savior say, “Well done, good and faithful servant! Come into your eternal rest.”  (Matthew 25:23, 34).   Tommy is now in heaven.  He is enjoying banter with Steve Jobs, Carl Sagan, and most likely Albert Einstein!  He truly has the answers to ALL questions about the universe and is laughing at us for our slow attempts to learn through space exploration.

His childhood desire was to become an ASTRONAUT.  His physical body would not allow that; yet, he made it his life’s mission to continuously engage his family members with education on space flight launches and missions :-) This Horizon Flight will be the ultimate engagement of all of our family/friends to share and witness something truly amazing and special to Tommy – SPACE FLIGHT – up close and personally.  He will be smiling down on us and smirking at our ignorance now that he HAS all of the answers.

We need to remember not to cry because he is gone, but smile because he happened.  He infected us all with his witty, kind, unstoppable spirit and we were blessed for the time we had him.  Although we now have RADIO SILENCE with no more texts or messages from him, He is now free from his tether and free to travel the cosmos….. as he always wanted.  Until we meet again…. 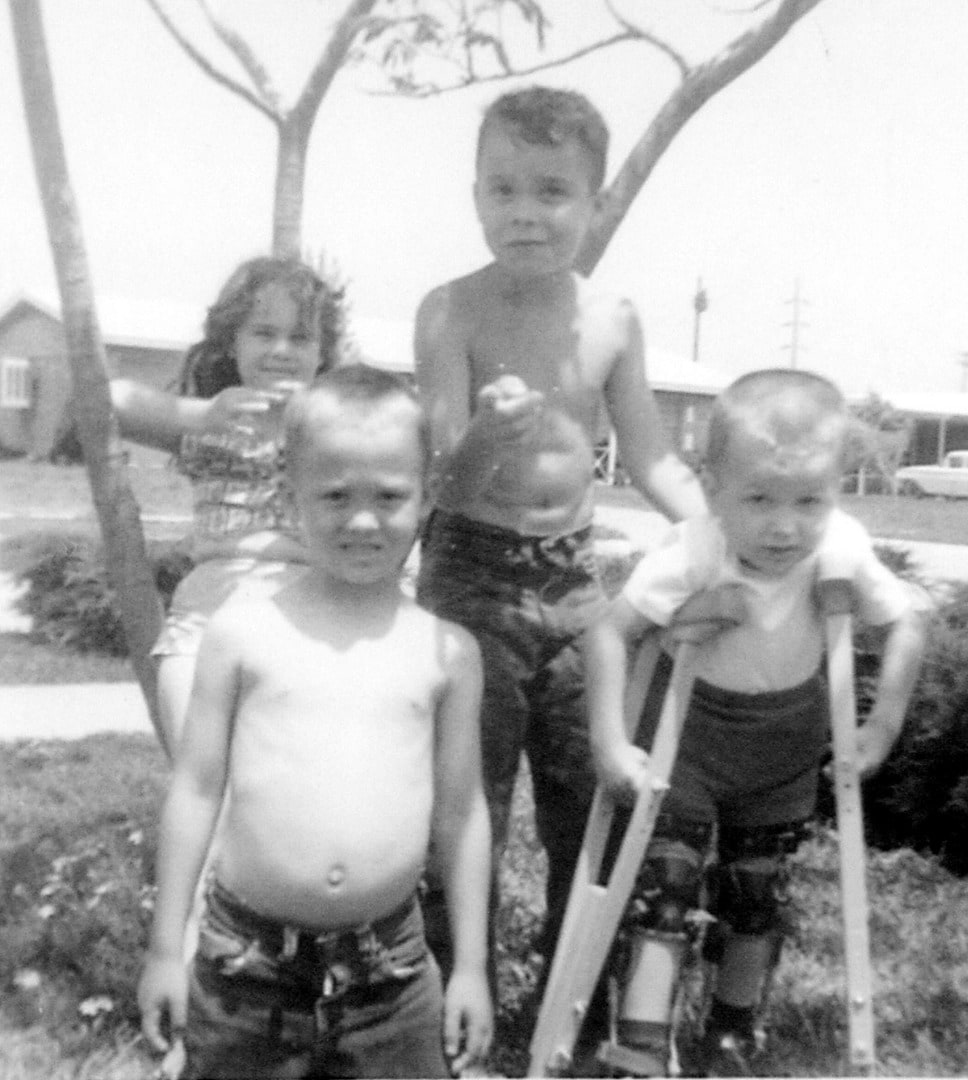 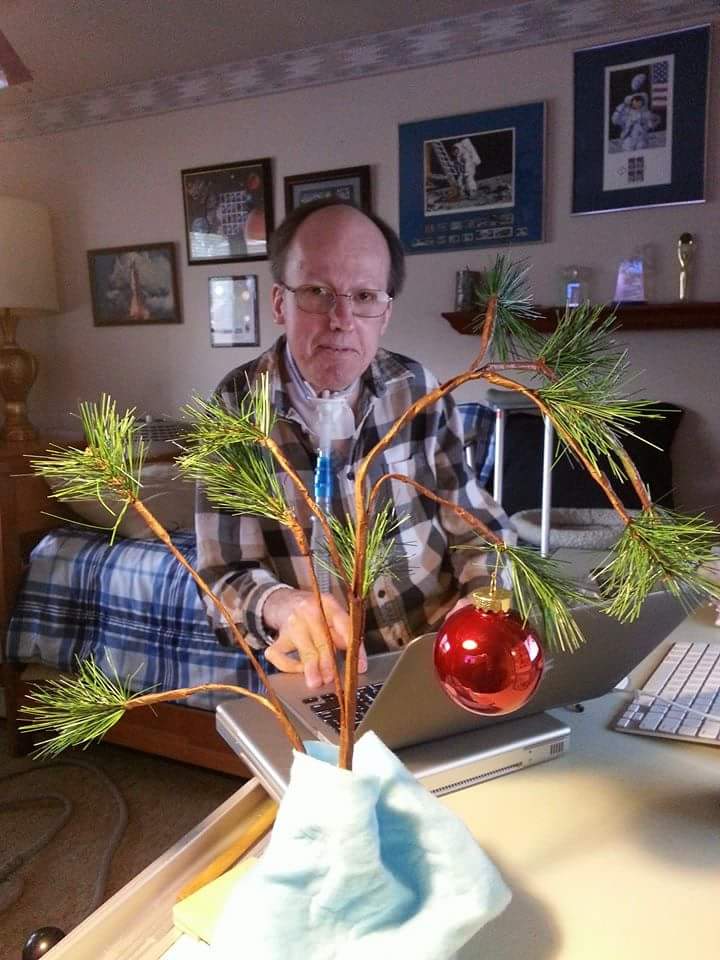 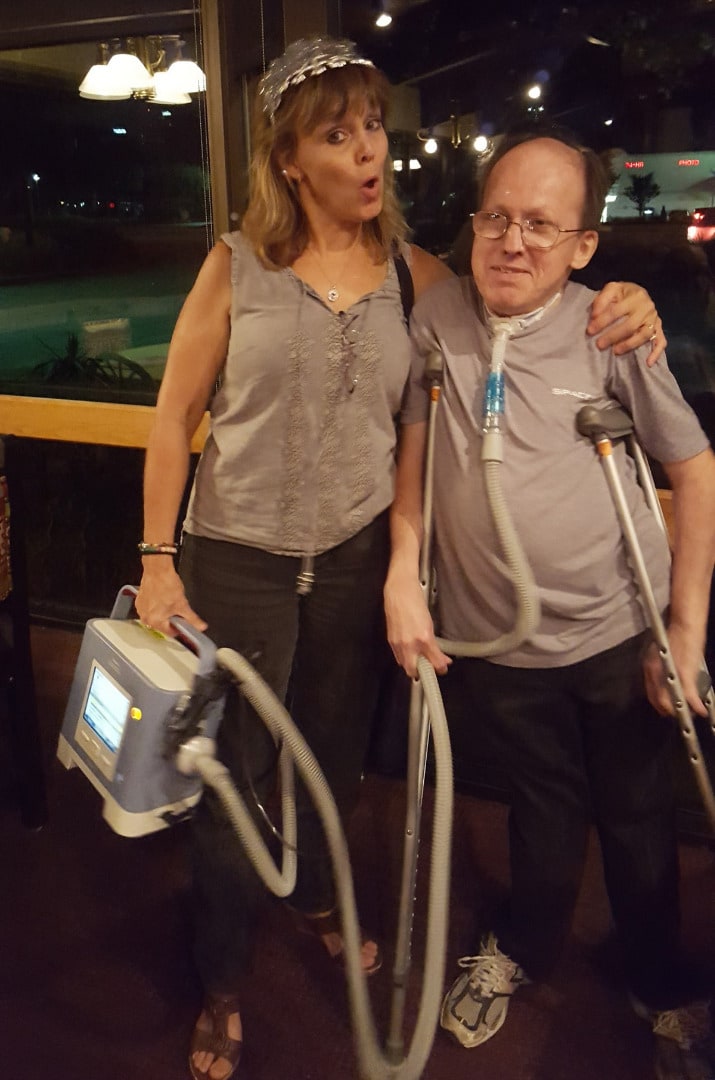 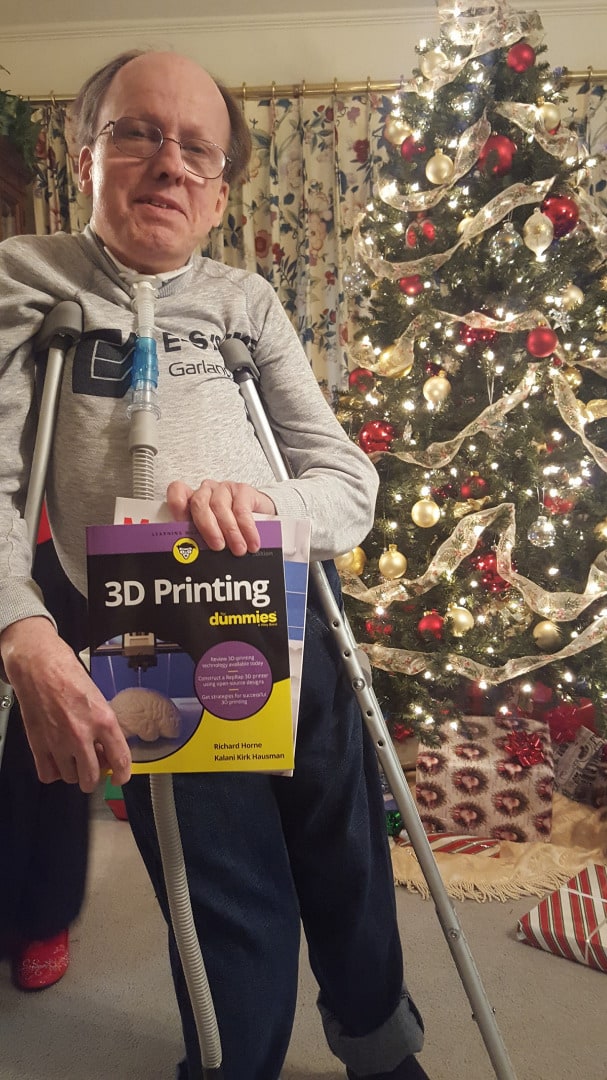 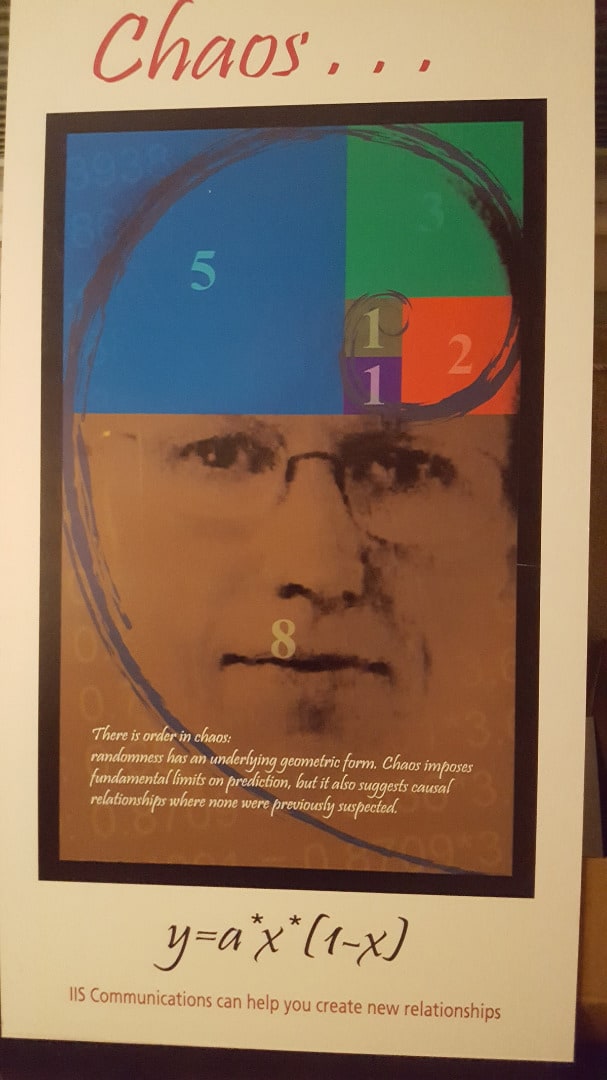