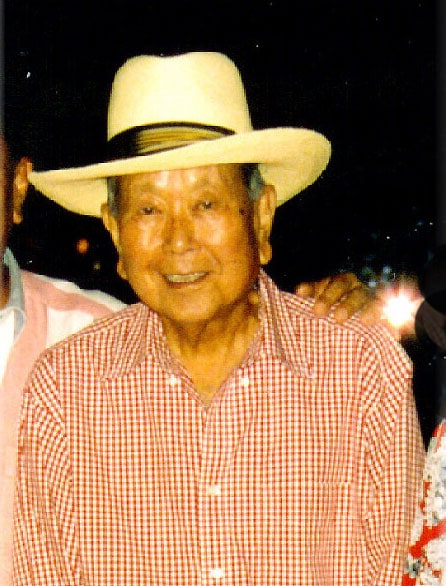 Life wasn't always easy for Takaaki Inamura. He was born in Tokyo in 1927, and spent his early childhood as a typical Japanese boy in peaceful Japan.

But life changed drastically for Takaaki in his teenage years. His country lay in ruin and defeat brought by the devastation of World War II. Takaaki, like so many others, spent much of his youth roaming the countryside, looking for food and trying to survive.

As a man he entered the trading business and worked hard to contribute to his country's reconstruction. Japan did recover and made astonishing economic growth, regaining respectable status again among the world's nations, thanks to her hard-working citizens like Takaaki.

There were good times in Takaaki's life. He married and had a family. He told stories to his beloved son Ichi about other, happier, places far away that perhaps didn't wage wars among their peoples.

"Ichi, look," he would say, pointing to the night sky, "far past our galaxy, there are other planets like Earth where human beings live like us. Maybe it's a better place. More peaceful and happier than ours. It's so far away and no one can go there for now, but some day, we will invent a super rocket so that we can go there . . ."

Takaaki had experienced technology at its worst, as an instrument of war. Now he only wished for technology as a means to a better place and a happier future.

After years of hard work and success, it was finally time for Takaaki to retire to a life of ease and leisure. He chose the island paradise of Hawaii in which to live peacefully and happily. But it wasn't meant to be. Doctors diagnosed Takaaki with diabetes and kidney disease.

His health may have diminished but his affection for the universe never did. He repeatedly told his son, "If I can go to the moon, I am ready to give up all of my wealth."

Takaaki Inamura died on January 17, 1999, at age 72. Now at last he makes his long-sought journey to space, to that better place that he yearned for his entire life. His son Ichi will look up in the night sky and say, "You made it, Dad!"