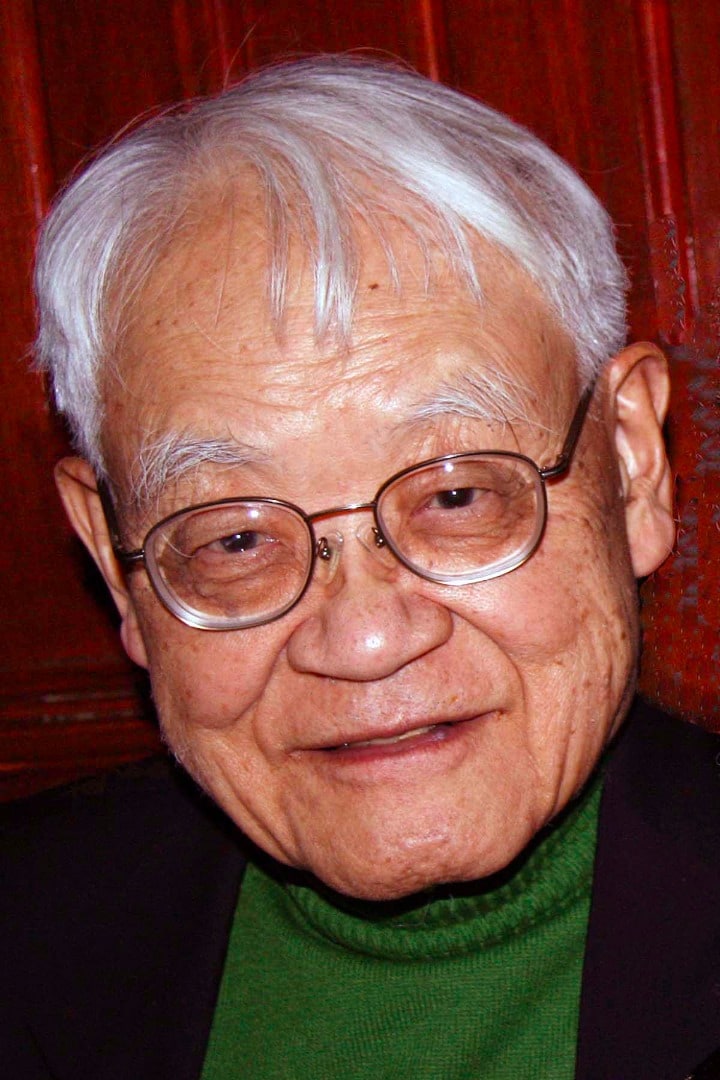 The World Traveler Goes into Space

I would like to fly off into space,” said my dad, a couple of years before he died. The question I had posed was, “If you could have any dream come true, what would it be?” My dad was a practical man, and not prone to fanciful dreams, so this was not some off-the-cuff remark. I’m sure he had given it a great deal of thought.

Shou Chu Liang was born in Beijing, China on May 14, 1920. Life was not always easy growing up as the third of four children, but he worked hard and persevered. He earned a bachelor’s degree in Chemistry from the Central University in China. Not content with that, he set out for the United States in 1947 to study abroad, with the intent of returning to China to improve the standard of living. However, that was not to be. While he was attending Princeton University, the communists took over China. Suddenly, returning to China was no longer such an inviting proposition. After earning his PhD. in Chemical Engineering from Princeton, my father elected to stay in North America, and asked my mother, Chi-Chan, to marry him and join him. Together, they moved to Ottawa, Canada and bravely started a new life.

Three years later, he found a better paying job, and they moved to Montreal. One day, while working in a chemical research lab, he pushed a colleague out of the way of a chemical explosion, but caught the spill himself. He almost died from third degree burns over much of his body, and spent a year in the hospital, enduring painful skin grafts, and leaving my mom to fend for herself and their newborn daughter. Fortunately, he recovered, and soon after, he found a new job with Cominco.

They moved across Canada to the small town of Rossland, British Columbia, where I was born. Racism was still strong in the ‘60’s, and as the only Asian family in this tiny town, we were often ridiculed for being different. But because my father was a professional, and my sister and I were relatively good students, we also received a certain amount of respect, which instilled the importance of education in us.

All along, my father’s goal was to provide a better life for my mom, my sister and me. In the ‘60’s, when air travel was still something of a luxury, he took us to see the world — Europe, Hawaii, New York, Boston, and Florida. He wanted us to know there was a big world out there. He never asked for anything for himself, but was incredibly generous and patient with his family. He was very intelligent, logical, and unemotional. One night, we were shoveling the snow off the stairs together. I started at the top, he started at the bottom. As we met in the middle, I accidentally hit him in the head with the shovel as I swung my last shovelful of snow over the railing. I braced myself to catch hell, but he calmly and sternly said, “Just go inside.” I learned a lot in that moment.

In 1970, my father was asked if he could develop a new business within Cominco, producing high purity metals for the new semiconductor industry. My father was a man of his word, and not one to brag. If he said he could make it happen, it would happen. He accepted the challenge, packed up his family, and moved us all to Spokane, Washington. And over the next fifteen years, he took that blank piece of land and grew it into a successful multi-million dollar business, called Cominco Electronic Materials, Inc.

My father was wise. In a day when women were still viewed as marrying and staying at home to raise a family, he encouraged my sister, Pitur, to get her college education and take up a profession. “You can always choose not to pursue it, but at least you’ll have the choice,” he said. And while I wanted to take woodshop in high school, my father insisted that I take electronics and typing. Why? “Because when you grow up, electronics and computers will be all around you. You’ll need to know how to type on a keyboard, and you’ll need to understand how electronics work, even if you don’t go into the business.” He was right. He and I were very different in personality, and often, we didn’t agree. But I respect him for his accomplishments and the opportunities he gave us.

Even after retiring, my father continued his pursuits. While some might take up a hobby like fishing, my father was developing a new theory about the beginning of the universe, using cardboard cereal boxes to build a model of his complex mathematical formula. He also started a new investment business, which ultimately has provided my mother with the ability to live comfortably for the rest of her life — a goal that was foremost on his mind just before he died.

About a year before his death, the doctors advised him that he needed to have his heart valve replaced. Suddenly, this normally logical man seemed to be irrationally grasping at straws, hoping his condition would magically improve, or that they would develop some new alternative to open heart surgery. The fear of dying on the operating table was greater than the fear of his heart valve failing. Unfortunately, his indecision cost him his life. The day he was scheduled for heart surgery, the doctors discovered a bleeding ulcer in his stomach. While waiting for his ulcer to heal, he went into cardiac arrest and passed away. He was 87 years-old.

So dad, thanks for all you did for us. You gave us the foundation to build a better life. I hope you’re proud of your family, and somehow know that you took care of mom, even after you are gone. And we hope your spirit will continue to soar in space, as we send you out on your own “Star Trek” mission. We love you.