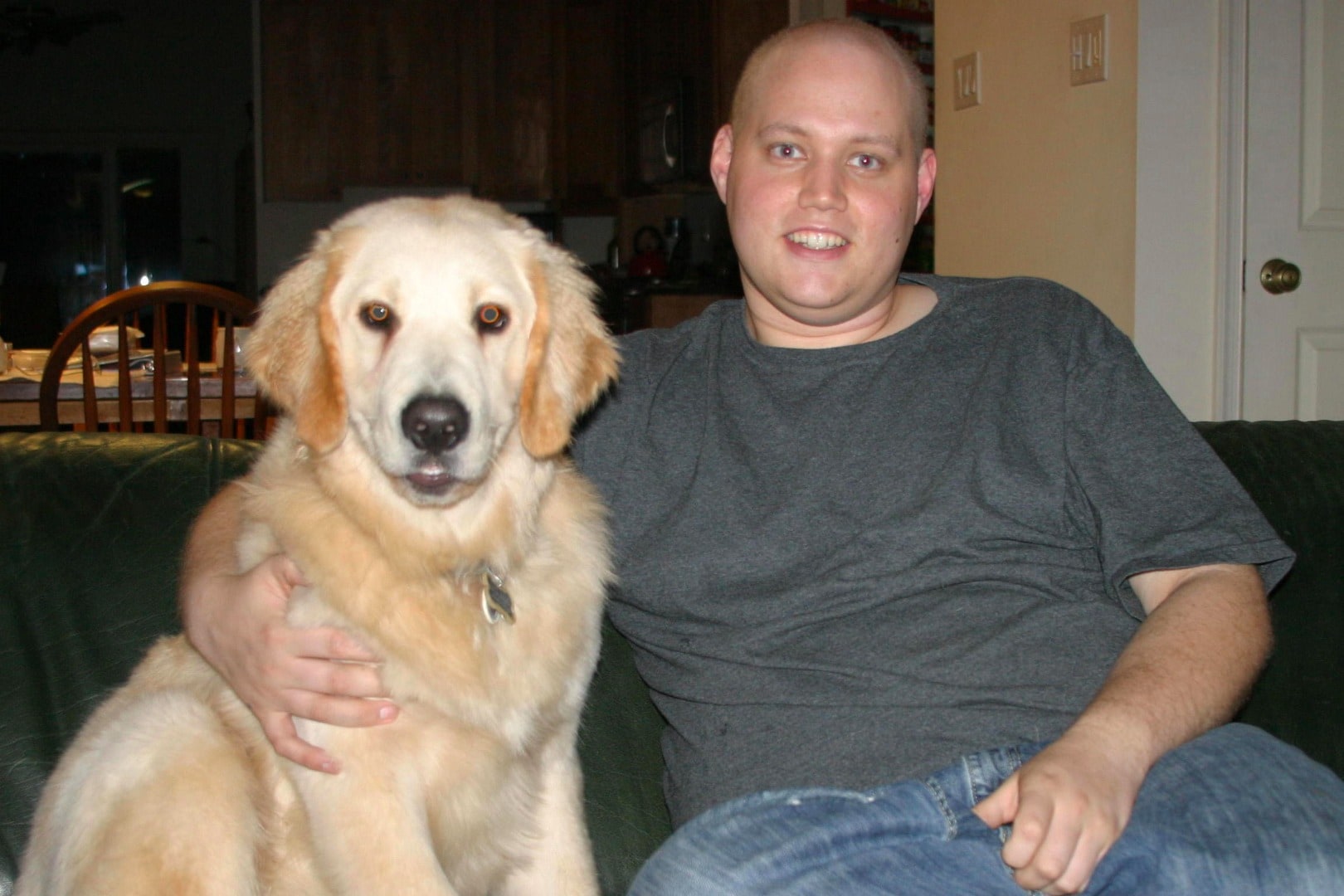 Shawn P. Meehan, 24, of Chadds Fords, Pennsylvania, passed away on August 30, 2006 at the Hospital of the University of Pennsylvania in Philadelphia, Pennsylvania after a year long struggle with leukemia (AML). He is survived by his parents and two sisters, Kristin and Shannon.

He was born in Rochester, New York, and was the son of Patrick J. and Katherine Wagner Meehan of Chadds Ford, Pennsylvania. He spent his childhood in both Rochester, New York and Hendersonville, North Carolina, and his early teen years in Harrogate, England. He moved with the family to Chadds Ford, Pennsylvania and graduated from Unionville High School in 2000. He was employed as a network engineer at Beacon Technologies in Kennett Square, Pennsylvania for five years.

Shawn had a great interest in technology, which was reflected in his hobbies of astronomy, photography, computers, car restoration and visiting aircraft/space museums. In 2003 he was able to take what would be the trip of his lifetime driving coast to coast and visiting a number of southwest national parks, observatories and air museums with his tent and telescope. His quests for the trip included: finding the dark skies of the remote West to allow him to photograph objects not visible from the light-polluted East Coast suburbs; to photograph the beauty of Arches, Zion, Brice and other national parks; and to see as many SR-71 planes as possible on his route. He was captivated by the Utah landscape, but his plans to return to the Southwest, this time with his one year old puppy Cane (named after the constellation Canes Venatici), were unfortunately never realized.

Given his hobbies and interests we felt that Shawn would have enjoyed the symbolism of being part of a spaceflight. We will miss being able to share a future with him where spaceflight becomes ever more possible, and especially a future where a cure for leukemia might exist.

The Family of Shawn Patrick Meehan 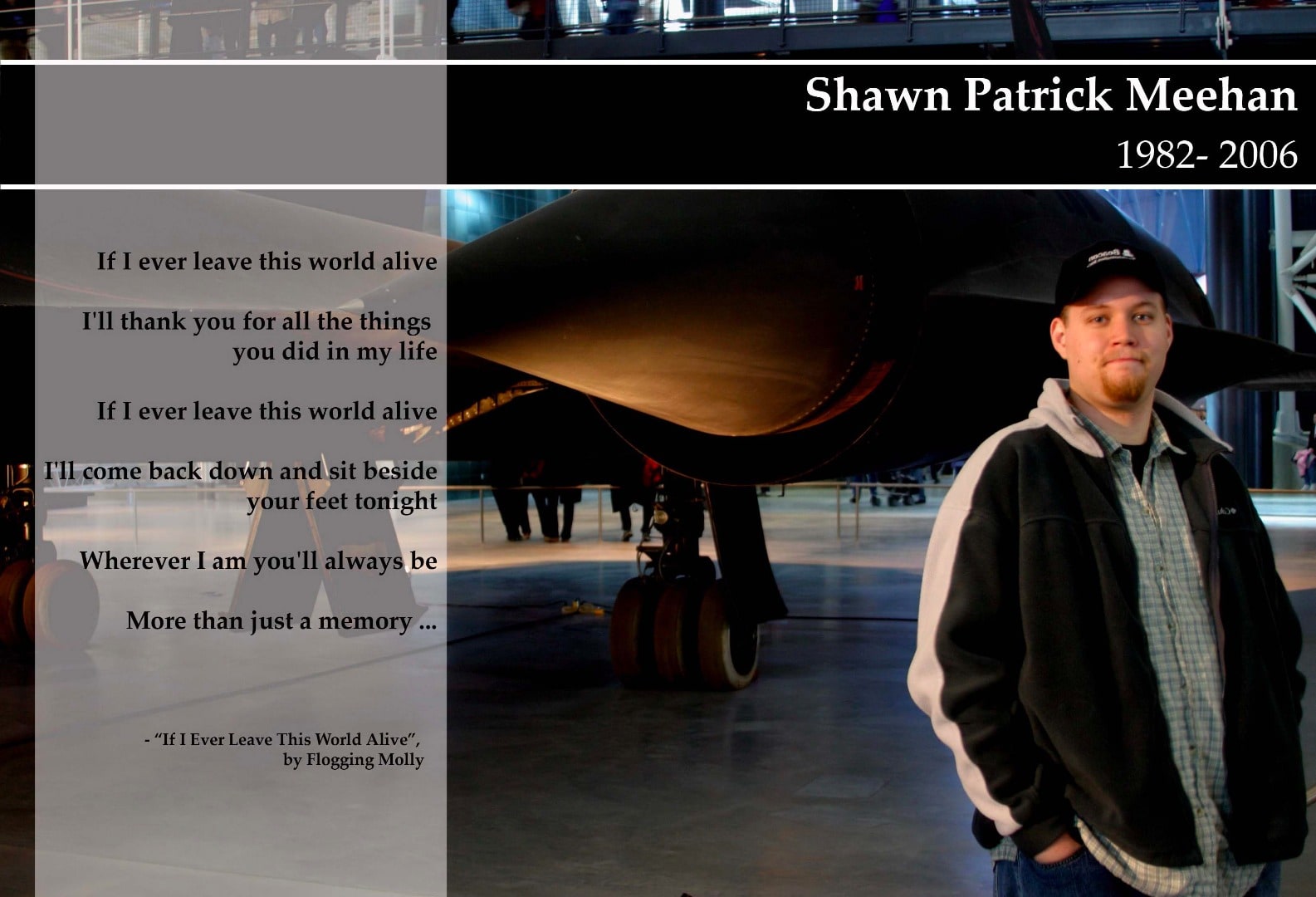 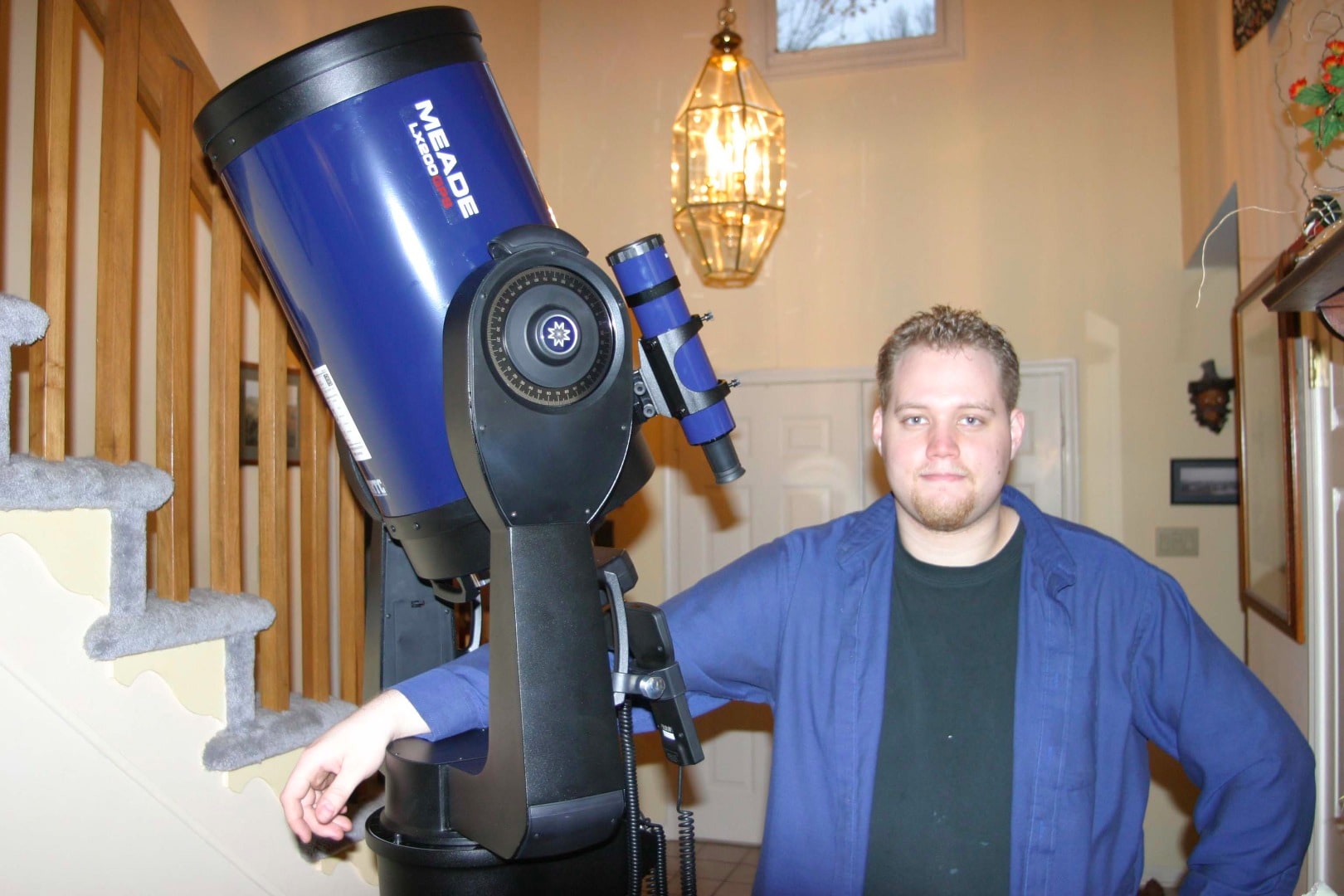