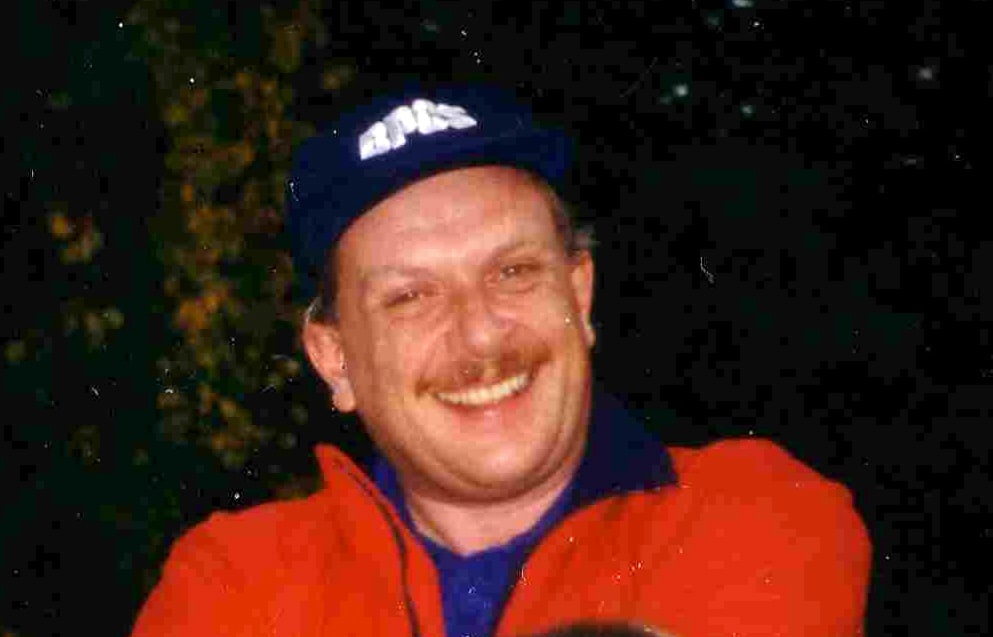 Husband, Father, Brother, Son
Tell me where the time has gone.
Living simply amongst the trees
Scott was not too hard to please
A "Jack-of-all-trades," a Renaissance man
Scott was never one to doubt that he can.
He loved to fish, drive cars very fast
He knew computers, down to the last.
He could fix almost anything made out of wood
I know in this house we still wish that he could.
An animal lover he'd had many over the years
Emily and Diggty wait where he is.
Star Trek, Star Wars, and Lost in Space
His passion for sci-fi was never replaced.
"To college" he'd say to his progeny four
"Get knocked up and straight out the door."
He wanted us to have a better life than he
But I do not see how that could be.
A mother who loves him despite her quirks
A wife who could do without all of the perks
A clone-like being in the mind of his son
A daughter that, well, she's not like anyone
A sister with a twisted and wry sense of style
A brother who wouldn't listen, but loved him all the while
We're sending him to space because he would have liked it
It's mysterious and dangerous, but most of all quiet.