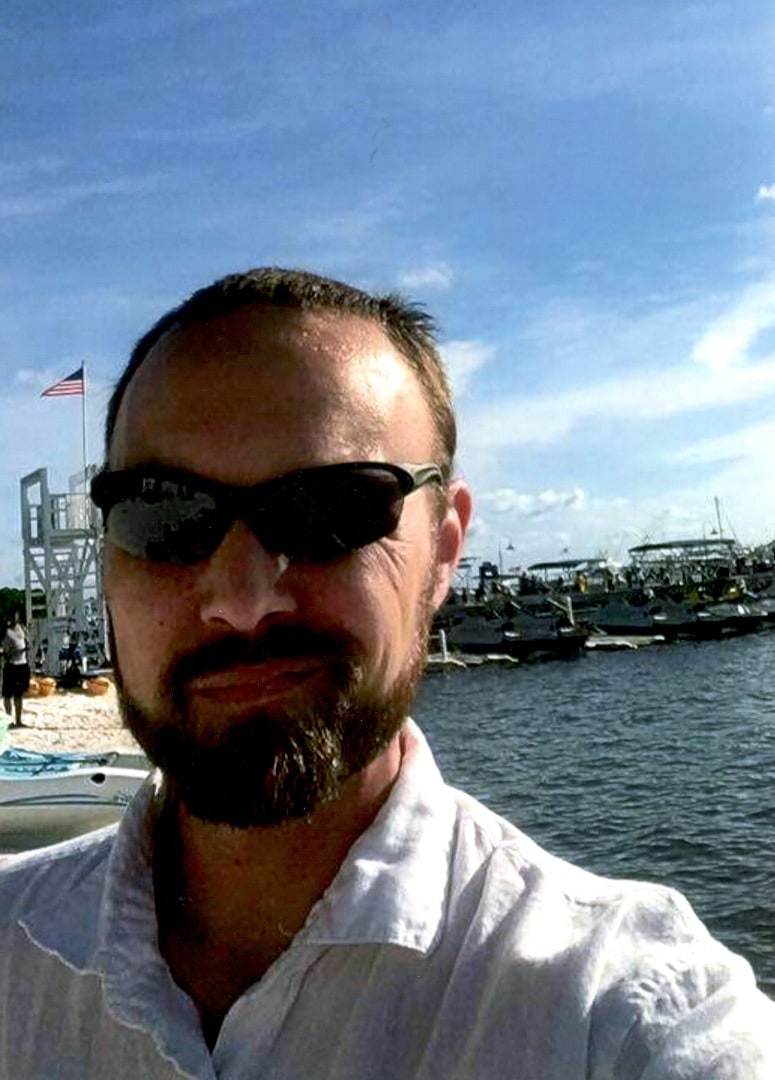 Samuel “Patrick” Drinkard was born in Meridian, Mississippi and raised in Linden, Alabama where he attended Marengo Academy. He was a typical little boy who was fascinated by dinosaurs and space. He loved video games and mastered The Legend of Zelda over 100 times. He was a member of the wrestling team after deciding that football and baseball were not his thing and was an excellent wrestler, in part due to the fact that he was a level five gymnast, and was always tumbling, flipping, and stunting.

After graduating from high school and attending the University of West Alabama for a short time, Patrick tried his hand at culinary school and was an excellent chef. When diabetes made it difficult to meet the high demands of working in a restaurant, Patrick turned to information technology as his career choice after moving to Mobile, Alabama. He worked at Information Technology Solutions for over 11 years, starting on the cable crew and working his way up to network engineer.

Patrick loved playing disc golf, listening to great bands, including Colonel Bruce Hampton, Moon Taxi, and Dumpstaphunk, playing guitar, and devising new recipes with his friends. He was a die-hard Saints fan – Who Dat! And loved his Auburn Tigers – War Eagle! He also loved spending time outdoors with his dog, North. He hated large crowds and was happiest with a few of his closest friends, his guitar, a little karaoke, and a good beer. His go to karaoke song was Rock Lobster, by the B52s.

The solar eclipse of 2017 reignited Patrick’s love of space and he spent numerous hours preparing for a trip of a lifetime to witness the eclipse with his friends and favorite telescope. Shortly after this trip, Patrick began his battle with cancer. He was a fighter and never gave up, even on his last day, always believing he would win the fight. One of his final wishes was that his final resting place was one of the places he loved the most – space. “He counts the stars and calls them all by name” -- Psalm 147:4.

Fly high baby boy, we will forever miss you.