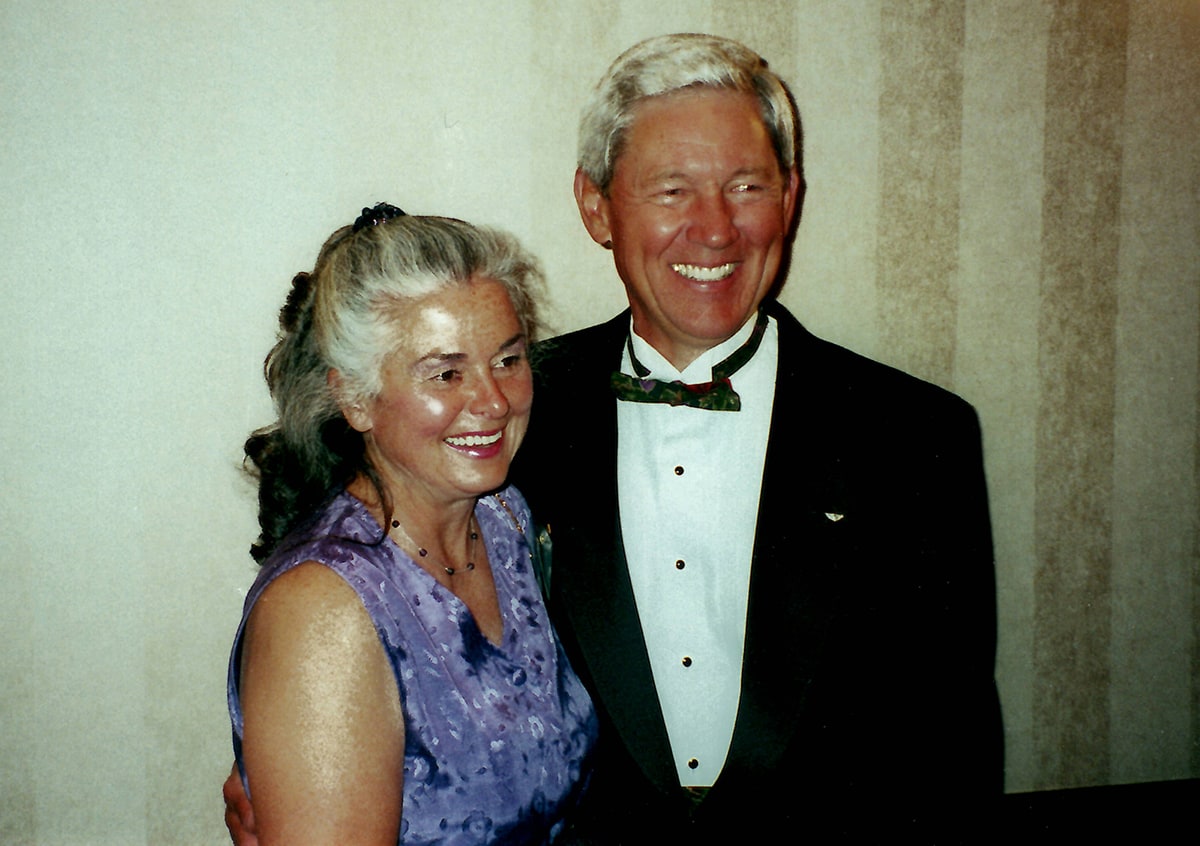 Bob was born in Atlanta, Georgia September 8th, 1940 to Henry and Nets Hoss Oglesby. His sister Lynn was born six years later. She laughs now but he wasn’t on her favorites list when they were in school and he was in charge of watching her until their parents returned from work. His idea of keeping her “safe” was sitting her on top of the refrigerator so he could go out to do guy things or spending “quality” time with her by taking her on a personal tour of Atlanta’s underground sewer system. Later in spite of living across country from each other Bob and Lynn were extremely close. Luckily Lynn was able to be with his wife Sandi at City of Hope Cancer Hospital when he passed away.

Bob probably started planning his flying career path in the womb. In his youth when he was old enough, he joined the Civil Air Patrol Cadet program followed by Junior ROTC in high school. The next step, two years of college, was a necessary evil, as it was a requirement to be accepted into the Navy’s flight training program. His plan worked and he spent five years in the Navy and was able to fly off aircraft carriers. He and his buddies in squadron VS38 were on the USS Bennington. The squadron has reunions to this date. The first reunion was to the commissioning ceremonies of the USS Theodore Roosevelt as one of his squadron buddies, P. W. “Wick” Parcells, was becoming its first Commanding Officer. What an amazing experience that was!

Bob’s ultimate goal had always been to be a commercial airline pilot, so after he served his required five years with the Navy, he was hired by United Airlines in 1966 and flew for them for 34 years. He started in the DC8, followed by the 727, DC8, 737 and finishing on the 747 flying out of San Francisco to Sydney, Tokyo, Singapore, Auckland, Seoul and was the captain on the inaugural nonstop flight from Beijing to San Francisco. Bob met his wife, Sandi, at the layover hotel rooftop pool in Honolulu. Sandi was a flight attendant who also flew out of Los Angeles.  Since they were both dating someone else, they didn’t start dating until months later. They were married Halloween 1975 and were amused by some very interestingly dressed guests. The next day they moved to the recently purchased new home at Lake Tahoe and commuted to LA for work. Four years of fun at the lake were spent skiing most days off in the winter and sailing, backpacking, tennis and golf in other seasons. Next move was down the mountain to Washoe Valley to a 30-acre property for 22 years of hard labor and then a move down the road to a new home they built on a golf course. Having been members of the club for eight years Bob was already addicted to golf. We met many fabulous members there and developed a closeness to so many who became the best friends anyone could be blessed to have. Bob was diagnosed in 2004 with MDS, a cancer of the bone marrow but didn’t have to start chemo until 2007. He continued to play golf five days a week, even chemo days which numbered in the dozens, until his last couple of years. His best buddies would then stop by after their golf games to tell on each other and share lots of laughs. I will never be able to thank them enough.

I so wish that I had known about Celestis before he died as I would have liked him to have been able to choose which adventure, he would go on. I’m thrilled that he will be on Elon Musk’s Space X as he was a great fan of all that he accomplished, especially Tesla. He purchased a silver Tesla S car, and it was his pride and joy. His chest puffed up and his dimples twitched every time he drove it. Celestis/Space X is a perfect way to go.

Bobby Good Guy, you are always on my mind
Love Your Sweet Pea