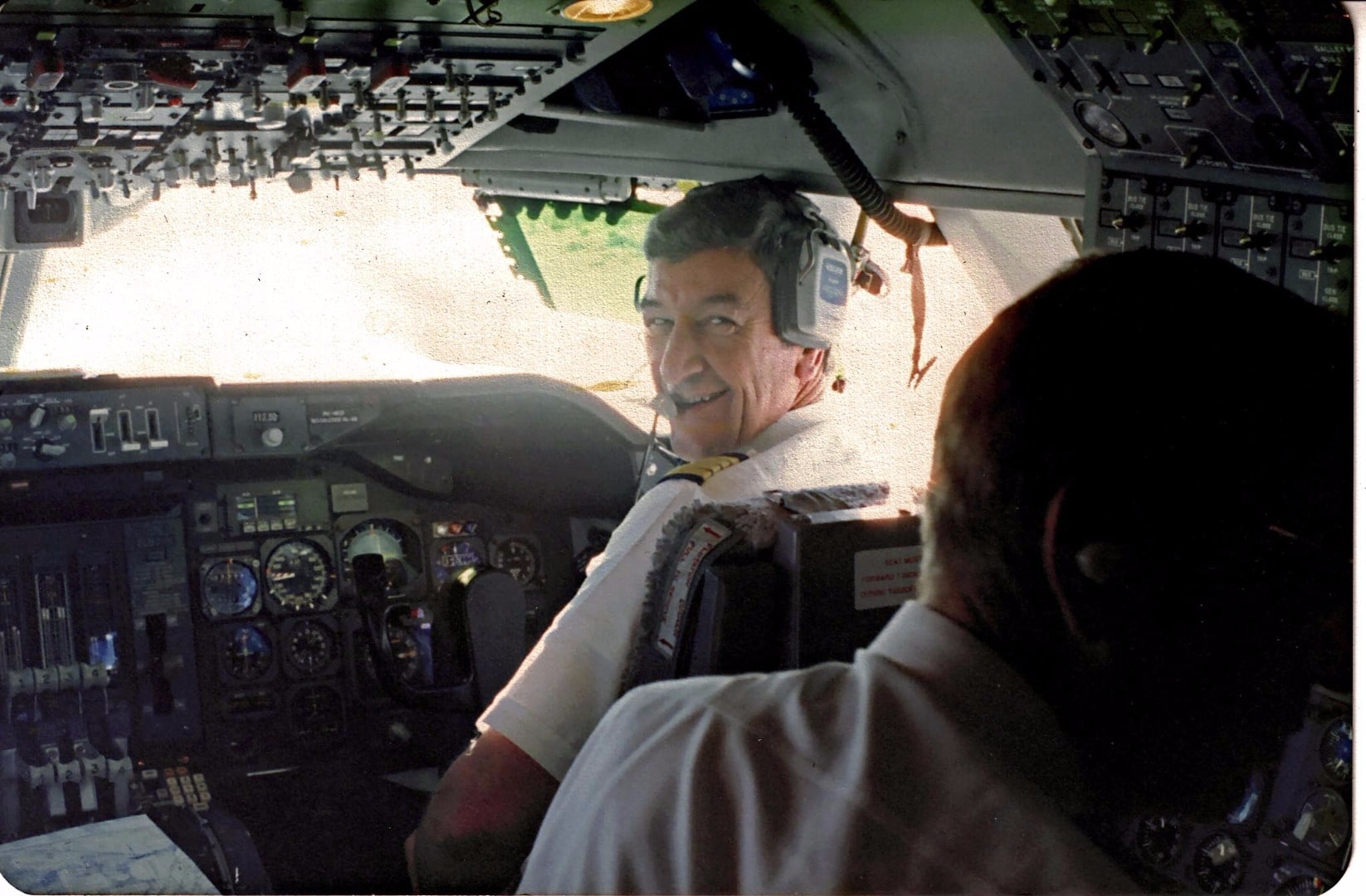 At age five, after a ride in a barnstorming aircraft in his hometown of Cherokee, Oklahoma, Peter began a love affair with flying that never ever diminished. By age 16 he had soloed, and worked day and night to earn enough money to pay for additional flying time. Delivering newspapers whilst flying a piper cub wasn't one of his better ideas, but it was a great experience and learning tool. Both wise and talented, he then found careers that fueled this passion by actually paying him to fly.

As an Air Force officer for 20 years, he flew many kinds of aircraft, although his favorite was the B45. He loved to tell stories about being chased at low altitude over the China Sea, earning two Distinguished Flying Crosses in the process, as well as flying refueling tanker missions.

After serving in Korea and Vietnam, he decided that he had dodged enough incoming shrapnel, so he retired from the Air Force and moved to the Seattle, Washington area to work for The Boeing Company. He loved teaching other pilots to fly Boeing aircraft and traveling throughout the world. He was proud that he had the 727, 737, 747, 757, and 767 on his ticket. After 25 years at Boeing, he had reached the mandatory flight retirement age, but he wasn't ready to turn in his goggles. He flew the 737 simulator for Flight Safety for several years, before deciding to fly the easy chair whilst watching the Military channel. You cannot take the pilot out of a pilot.

Peter really wanted to fly on a space mission, and was so disappointed when that couldn't happen. I made a promise to him many years ago, that he would one day go into space; hence his final mission will fulfill his dream.

He felt privileged to meet so many people throughout the world during his travels for the Boeing Company. Peter had that rare ability to make anyone who spent time with him feel special, but those of us left behind feel that the privilege of knowing him was ours.

We miss you and hope that you are with fellow pilots swapping stories during your hanger talks.