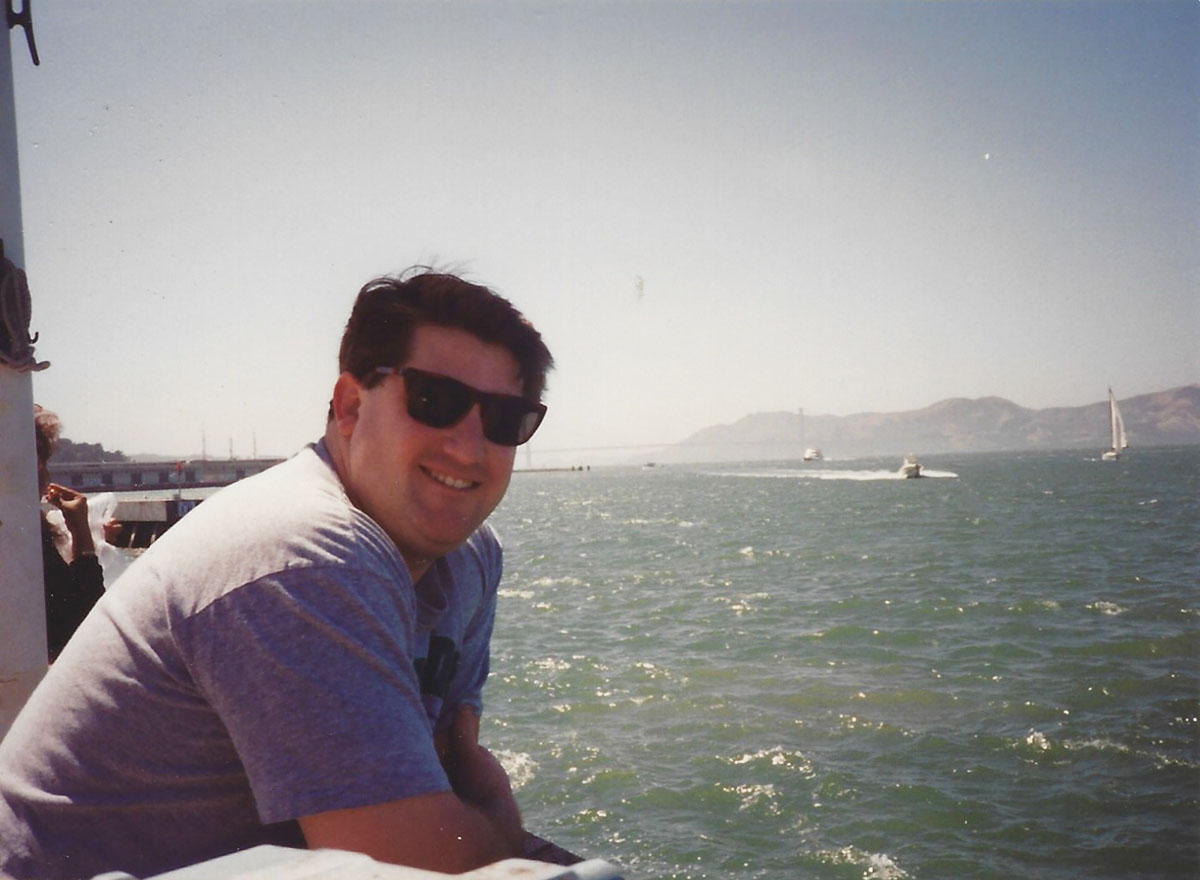 Prior to November 18th, 2021, that quote was just another line from Star Trek, one of Peter Tereschuck's favorite shows. It didn't mean much, but, after November 18th, we can honestly say that we're constantly reminding ourselves and others everyday to not take another for granted.

Peter Anthony Tereschuck was a pillar to all who knew him. Not only was he supportive and reassuring, but he was also thoughtful, caring, and endearing. He was always there for you. No matter the day or time, he would be there by your side listening, encouraging, and cracking the usual joke to reset the conversation.

Born in Philadelphia, Pennsylvania, he was the son of Peter and Elizabeth Tereschuck. After moving to New Jersey and then Florida, eventually Peter and his family would end up in San Diego, California. As a child, he learned to be conscientious, responsible and respectful. These were some of the many traits that he would carry with him throughout his life.

As a young boy, Peter was always aware of how others around him felt. It seemed as if Peter was the family member who was always working to keep stress at bay and made efforts to work through issues. Preferring a quiet environment where he could concentrate, Peter also had the ability to connect with his family and relate to his friends. Peter was raised with one sibling, he had a younger brother David.

Growing up, Peter was one of those children who didn’t need to be the center of attention. He was never pushy when it came to games and other activities, but rather, he was able to enjoy the pure fun of it. In just about everything he did as a child, Peter was intent on pleasing both the adults and the other children around him. Peter took part in a number of activities as a child such as being a member of the Cub Scouts and participating in Pop Warner Football - which was his favorite sport and hobby! In his spare time he loved reading comic books, watching science fiction shows/movies, and playing football. One of Peter's memorable achievements was saving his childhood friend from drowning!

Peter enjoyed learning. He always had an incredible memory and was particularly skilled at retaining all types of facts and information. Great with details, Peter was painstaking and accurate in his school efforts. All of these talents culminated in a very successful high school career. He graduated from University High School of San Diego in 1986. Peter, or should we say "Woody", played football at "Uni" for all four years.

If Peter could take on four years of high school football, he could certainly take on the challenges of college. He always enjoyed reading, so all of those lengthy required reading assignments seemed to be less of a burden for him, especially if he enjoyed the class! Not all things came easily to Peter, however, he found success by being a diligent student who would throw himself into a project and work through it. He earned his BS in Business Management from San Diego State University (SDSU) in 1990. Some of his favorite courses were at Sea World where he learned about sharks and astronomy.

Most folks would say that Peter was an all-around nice guy and, once they got to really know him, they would realize how lucky they were to have such an incredible friend. His very funny sense of humor always made conversations fun, easy going, and lighthearted. Those who were lucky enough to call him family or a friend, understand how meaningful it was to have him in their life. He was usually concerned about how everyone felt around him and that's why you knew you could always go to him. He was always listening and making sure everyone was having a good time. He could always find the fun in a person. He could always relate to others and always knew what to say. He was a true friend and the friends he made he kept forever. Mark Campillo, Mark Anselmo and Erik Wilson were Peter's high school friends and are still friends to this day.

On October 25, 1997, Peter married Jamie Lynn Angeles at St. Michael's Catholic Church in San Diego, California. Peter and Jamie met at SDSU when they were both members of the co-ed business fraternity, Alpha Kapp Psi. After 5 years of dating, they both knew that they wanted to start a life together. Whether it was their honeymoon in Kauai or trips to Boston or Vancouver, Peter and Jamie always had fun times. Even if it was a quiet afternoon at home, they both loved each other's company. Peter and Jamie were amazing together! It's because of them that family and friends knew they always had somewhere to go. You were always welcomed at their home.

Peter was an incredible father to his children and to his nephews and nieces. Since he was so thoughtful, supportive, and caring, he created the best memories with his family. Whether it was riding Space Mountain, cheering you on at your sporting event, enjoying some amazing food at a new restaurant, or having a Lord of the Rings marathon at home, there was always fun times to be had with Peter. He was blessed with two children, one son, Peter, and one daughter, Julia.

Peter was often described by his colleagues as knowledgeable, reliable, and helpful. His primary occupation was Associate Vice President, Unsecured Loans/Credit Cards at Union Bank. He was employed for over 20+ years and was considered the "go to person" within his team because of his experience and knowledge. He was able to quickly grasp concrete ideas and could easily organize and plan the best way to accomplish the task or project. Peter was good at staying on track and was considerate in listening to others. In this way, he had a true gift for being able to come up with practical resolutions to even the most difficult problems.

Peter liked to experience things first hand and this quality influenced his choice of leisure activities. Some of his favorite things were attending comic conventions, collecting Iron Man, Star Trek, and Star Wars action figures, collecting signed Marvel artwork, comic books and sports memorabilia. His favorite sports teams were the Philadelphia Eagles, the former San Diego Chargers, and SDSU's Aztecs. If he could, he would go to LA Kings or San Diego Gulls games and enjoyed the craziness that is hockey. No matter what was going on in Peter's personal life, he always had a good time.

Some of his favorite vacations, both growing up and later with his own family, included Lake Powell, Lake Tahoe, a Disney Cruise to Mexico, Kauai, Maui, Oahu, Hawaii, Vancouver, Chicago, East Coast Philadelphia, New York, and Boston! Even within California Peter had a great time visiting Los Angeles, Santa Barbara, Monterey, Carmel and San Francisco.

Peter passed away unexpectedly on November 18th, 2021 at his home in San Diego, California. Peter 's passing was due to a heart attack related to diabetes. He is survived by his wife, Jamie and his children, Peter and Julia; his parents Peter and Elizabeth; his brother, David and nephew, Logan. Peter also had nephews and nieces through marriage - Cody Angeles, Olivia Angeles, Matthew, Daniel, and Sarah Morris. Services were held at El Camino Memorial San Diego, California on January 12th, 2022. Since he was cremated, he was able to be sent up into orbit. Finally living that dream of going into space! He will eventually be laid to rest in Kauai.

Peter was a trustworthy, pragmatic and sympathetic person. You always knew where you stood with him. He was a beloved husband, father, son, brother, uncle and friend to many! He will be greatly missed always and all ways!