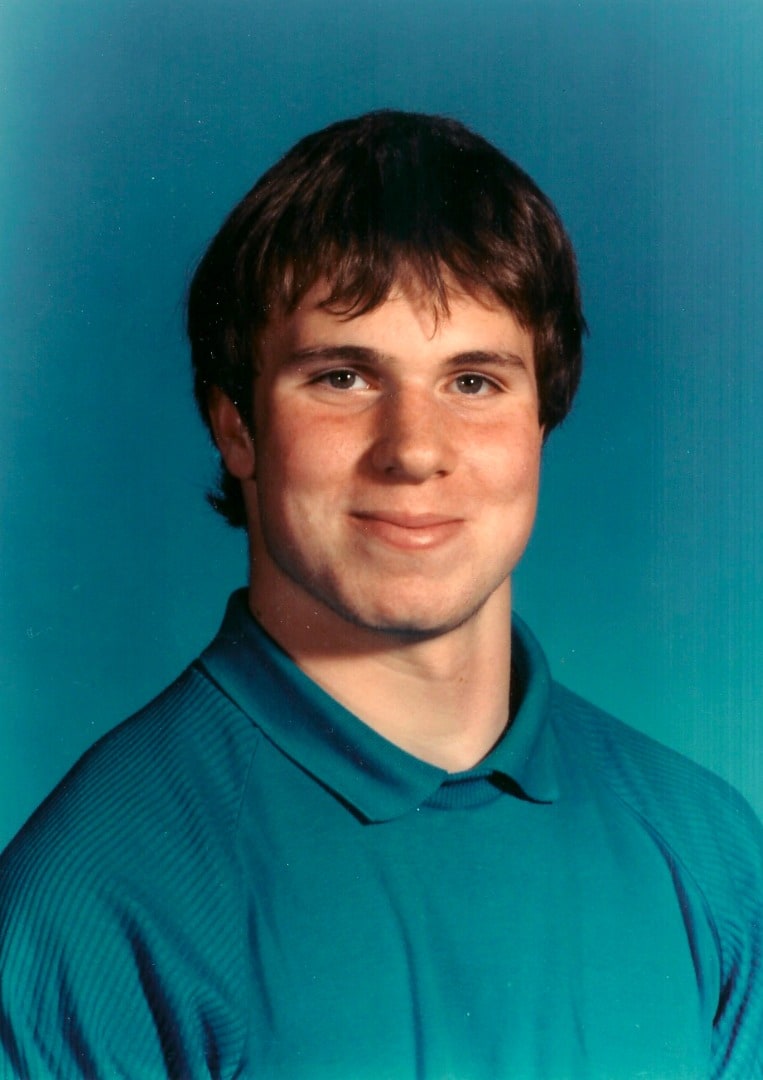 From an early age, Patrick Winthrop Lombard had a constant curiosity of the world around him. Each day was filled with questions and exploration of texture, temperature and sound. These senses were his gateway to the world because he was born blind.

Patrick, born August 22, 1971 in Anchorage, Alaska, was the only son and first child born to Stephen Lombard and Caroline Peck Lombard. He has two younger sisters, Jennifer and Melanie. Melanie was born on Patrick's ninth birthday, one of many coincidences that occurred throughout his life.

Even as a young child, Patrick's great interest was space exploration. He envisioned a world where space travel would be commonplace. As a fifth grader, Patrick wrote a poem for a class assignment entitled "The Moon." The poem, with accompanying tactile artwork, was selected for the National Very Special Arts for the Handicapped 1985 calendar. When interviewed by the media about that honor, Patrick said he expected that by the year 2025 people would be living on the moon, and that is where he would be.

Patrick was fascinated with science, especially physics, astronomy, quantum mechanics, computers, and pharmacology. He studied the works of the great physicists and scientists and devised his own theories about the nature of the universe, the space-time continuum, and the interconnectedness of life and consciousness. He loved to challenge his friends and family with discussions about space and time. Patrick counted on having plenty of time to choose a career, and was considering computer programming. Because of his study of and interest in pharmaceuticals, his physician encouraged him to consider the field of psychopharmacology. As a young child, Patrick wanted to be an astronaut but, as he said then, they weren't taking blind persons just yet.

Music was an important part of Patrick's life. Although he was born with perfect pitch, he never learned to play an instrument. Instead, he immersed himself in music that expressed his interpretation of life and the universe. He especially considered the music of Pink Floyd to be mind-expanding and enlightening.

Patrick experienced a form of mild autism that kept him somewhat isolated; he described it as "living in his head." Despite this challenge, he had his own place, established great friendships, and nearly always had a special girlfriend in his life. Patrick knew how to have fun - he really loved parties, dancing, and good beer. And he always maintained a close relationship with his parents and sisters.

Patrick had an optimistic view of life and was intrigued by the possibilities that might be just around the corner. He never expected his life to end so soon. But he once expressed a desire to be cryogenically frozen and come back someday to see the future advancements in technology. That was not to be. But to his final voyage into space, he would no doubt say, "Right on!"