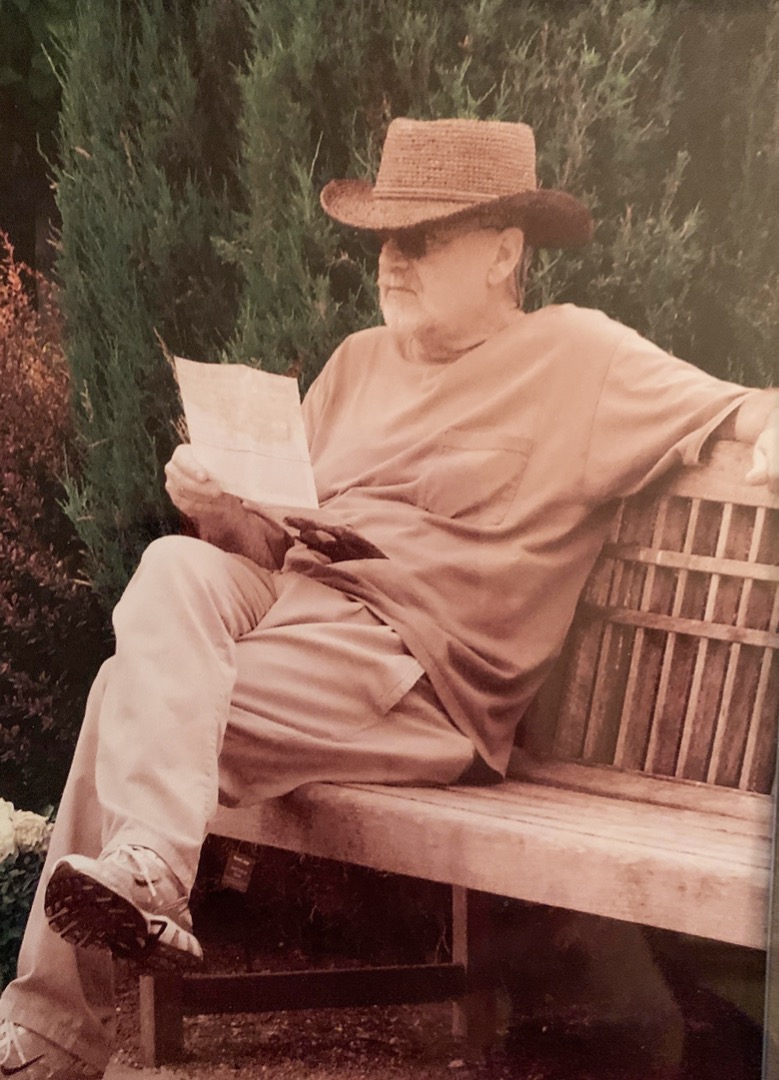 Patrick J. Stuthers was born March 10th, 1945 in West Frankfort, Illinois to Doc & Opel Stuthers. He had 2 brothers & 2 sisters. He is survived by: his wife Beverly Stuthers; his 3 sons Frank, Barrie and his wife Yolanda, Steve Barrie; and Aaron Wright and his wife Jesssia Wright; his daughter, Dawn Zender; his 6 grandchildren & 2 great grandchildren.

After completing high school Pat joined the Navy where he learned to work on the electronics of jet fighters. He served proudly in the Vietnam war. After retiring from the Navy he went to work for the government and the Navy. He worked for Grumman Aerospace where he helped build the compurts for the space shuttle program.

He loved his dogs and watching movies, especially anything that had to do with space. At the time of his passing on March 1st, 2020 at Bloomington, Indiana hospital he worked at Crane Naval Air Station where he helped build and developed the radar system for the F-35.

All his life he wanted to go to space. One of his requests throughout his life was at the time of his passing that some of his ashes be sent to space.