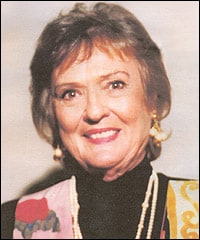 "She said she usually cried at least once each day, not because she was sad, but because the world was so beautiful and life was so short." From Story People by Brian Andreas

Patricia passed away in 2007 in a local care center at age 79. Born in 1928 in Myrtle Point, Oregon to Edna Mary Morris Barnes and Eugene Richard Barnes, she was their only child. They lived in Yreka, California and then the Bay Area south of San Francisco in Lomita Park until she was a sophomore in high school, when they moved to Parma, then Boise, Idaho. She graduated from Boise High School and went on to the University of Idaho in Moscow. She pledged into Delta Gamma and graduated in 1946.

She married Jack Numbers in 1948 in McCall, Idaho at the Shore Lodge. They began their married life in McCall, as Jack was assistant manager at Shore Lodge. In 1949, their first child, Murray Joe, was born in Cascade and was delivered by father-in-law, Dr. Don Numbers of McCall. In 1952, Jack served in the Korean War and the family was moved to Atascadero, California to Camp Roberts and in 1953, their second child, Lisa, was born. After the war, they moved back to Boise and in 1954, their third child, Julie, was born. In 1960, the family lived briefly in Los Angeles and returned to Boise in 1961. Pat and Jack were divorced.

In 1963, Patricia taught second grade at Roosevelt school and finished her BA in Education and from 1982 to 1992 took leadership in the Gifted and Talented Education programs (G.A.T.E). In all, she served the Boise School District for 31 years. Every year, she read Where the Red Fern Grows and Charlotte's Web to her students as well as the Wizard of Oz series by L. Frank Baum. She was beloved by many of her students and delighted in watching them grow into successful and creative adults over the years.

She was very active in the Boise Little Theater when it began at the Gowen Field Theatre, and in 1957 she and Jack performed in High Tor, the first production presented in the current round domed building at Fort Boise. Over the years, she received four Beulah awards for best actress. As a director who worked with her wrote, "Pat Patterson graced the theater in Boise with her presence as an actor of unparalleled ability. In every role she played, she brought a deep understanding of the character and found a way to convey that to audiences during the many years she was part of Boise community theater."

She retired from Boise School District in 1992 and traveled to England, Ireland, Austria, Prague and spent winter months on Maui every year. She knew how to celebrate, her smile and laughter lit up rooms and lives, she knew how to listen, her generosity exceeded beyond most and she so very much loved her grandchildren, Remy, K.T., Sabine, Catlyn and Keely. Thank you for insisting that we believe in magic.