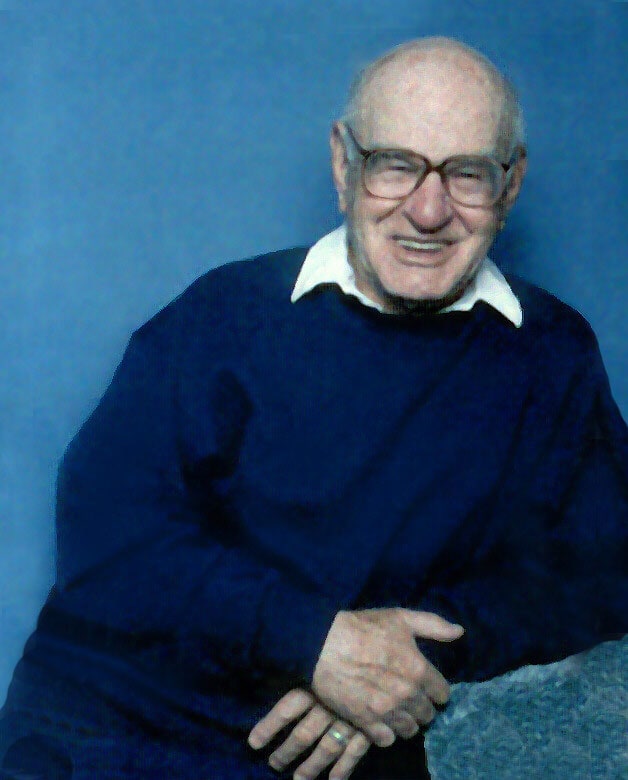 As I told the grandchildren, he'll be stardust. They really like that idea -- to see the stars twinkle and think it might be Granddad.

While in the military, he traveled through Denver, Colorado. Later he moved to the mile-high city to make it his permanent home.

Omer was employed in several psychology positions, including working with mentally handicapped and underprivileged children in Chicago. Computers then caught his interest. He was the data processing manager for the Colorado Potato Growers Exchange until his retirement in 1989.

Omer was a long-time member of the Denver Astronomical Society. He taught his children and grandchildren about the planets, even developing a computer program as a teaching aid. It gave him great joy to see their faces light up when they saw the moon orbit the earth or the rings of Saturn on the computer screen.

Books were a passion with Omer, he had a variety of favorite authors: Tom Clancy, Isaac Asimov, Clive Cussler, Carl Sagan, and Ayn Rand. He based much of his life on the philosophy of Ayn Rand and many of his dreams on the works of the science fiction/fact authors. Omer enjoyed music almost as much as reading. His favorite was classical, but he enjoyed dancing to country western. His favorite sport was football. It was great for him to see his Broncos win their back-to-back Super Bowls!

Omer spent many evenings working on a model train with his son. He enjoyed the planning and building, but most of all he enjoyed the company of his son, Ian.

Omer Dery died February 22, 1999, after a determined battle with cancer. Now he will get to see the magnificent view of space he had dreamed about his entire life.

"Omer was an intellectual, a poet, an artist, a lover and most of all, my best friend."

While at a dance, by chance we meet
And from that point our night's complete.
(Recalling now: to you I'll tell
That you and I, we dance so well.)

O'er coffee cups we talk till dawn
And then exclaim:
"How time has gone!"
(Remember: to you I'll say
That we can chat both night and day.)

While out with Nature we take strolls
And in this setting bare our souls.
(In retrospect: to you I'll state
That walks with you I now await.)

Out on the court we pant and run
And hit back balls till setting sun.
(Recollecting: to you I'll claim
That play with you is but my aim.)

While making love we laugh and smile
And glow with passion all the while.
(In thinking back: to you I'll voice
That your caress makes me rejoice.)

Out in the pool we dive and swim
And thus enjoy remaining trim.
(Reminiscing: to you I'll note
That with your figure some would gloat.)

While dining out we eat and drink
And 'neath the table fingers link.
(In reflecting: to you I'll boast
That all your wares require a toast.)

Of future interludes we dream
And thus continue with this theme.
(In time ahead: to you I'll ask
That our enjoyment be our task.)