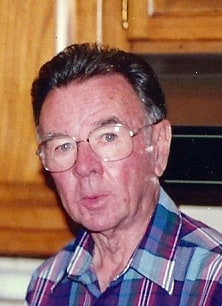 Louis Kraff, Jr., was born in Boston, Massachusetts, Jaunary 8, 1924 and served in the United States Navy during World War II. He pulled shipboard duty (1943-1946) in the Pacific as a radar and sonar electronic technician. He and his wife, the former Edith Hanson, R.N., and his six children (David, Paul, Linda, John, Douglas, and Donald) lived in the greater Boston area until their move to California in 1965.

In 1948 he received an Artium Baccalaureus (AB) in physics and mathematics from Dartmouth College, Hanover, New Hampshire. In 1949 he earned an MSEE from the Thayer School of Engineering at Dartmouth.

During 1960-1965, he served as Senior Staff Member at the MIT Lincoln Laboratory, Lexington, Massachusetts, where he provided systems engineering and technical support to the Air Force's Electronic Systems Division and to the Ballistic Systems Division.

In 1965 Mr. Kraff joined the United States government as a senior civilian and served as Chief, Systems Engineering Division, Air Force Western Test Range, where he led the effort to instrument the Western Test Range as the free world's most modern and sophisticated test range. He continued to guide this critical Division through the formation and deactivation of the Space and Missile Test Center.

Mr. Kraff served on the Western Space and Missile Center Civilian Policy Board. He also directed the Systems and Facilities Configuration Control Board for Building 7000.

In 1981, he received the Air Force's Decoration for Exceptional Civilian Service.