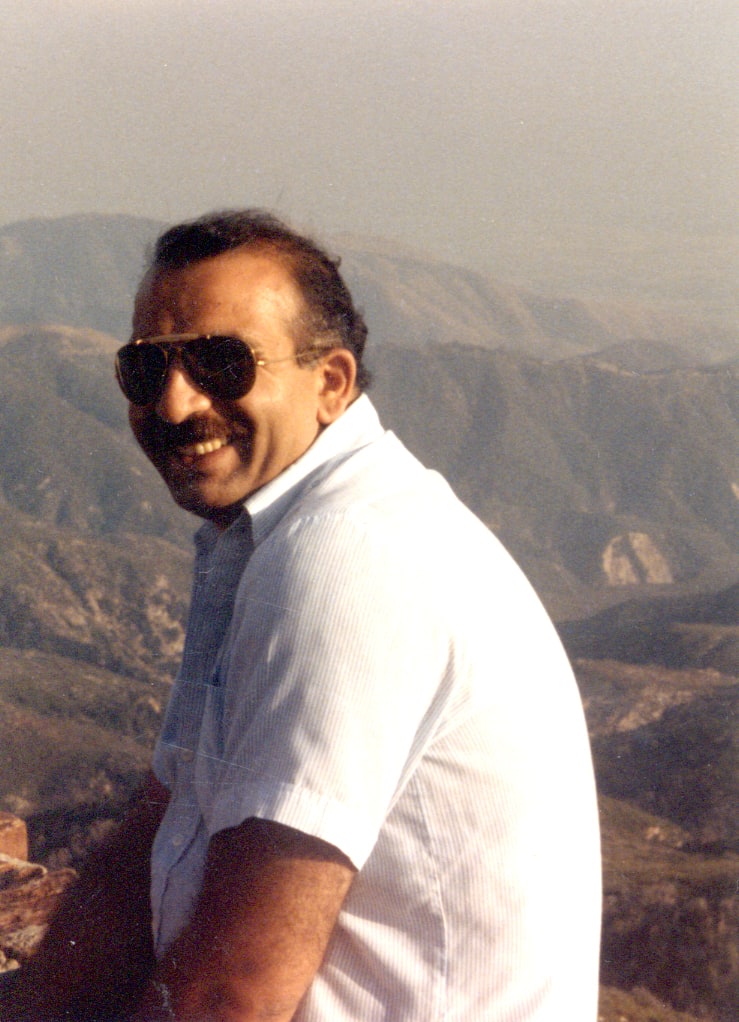 First born to Saeid and Shokouhieh Anvar, Michael entered this world on January 9, 1947 in Tehran, Iran. At age five he moved to Sanaa, Yemen with his parents and three sisters, Mona, Vafa and Yass. By the time he attended Penjgeni Boarding School in India there were two more sisters, Saba and Morassaa, added to his family. After a few years of living in Aden and Europe he moved back to Iran. The last addition to the family, brother Navid, was born in 1959. In Iran Zabi attended American Community School and moved to the United States where he graduated from Flushing High School in New York in 1965. He attended the University of Oklahoma and UCLA and graduated with a degree in English Literature.

After returning to Iran he married Shahla Monfared. He managed his father’s export business and moved to Los Angeles in 1979. He considered the United States his home. Nobody was happier about Iran’s revolution than Michael: It enabled him to move to the U.S. permanently.

Michael was a gentle soul: caring, loving, laid back and generous. He didn’t have any children but he had a very special relationship with his nephews and nieces: Elham, Roham, Pourang, Morassaa, Farham, Sahba, Karaan, Tara, Maaneli and Rama. He liked to stay in touch with old friends, and attended school reunions and kept in touch with friends from high school in Iran.

Michael loved to travel, was an avid reader and was a walking encyclopedia. He loved science fiction and had a large collection of science fiction books. He was always ready to be abducted by the aliens to find out what was happening in outer space!

Michael was courageous and tough and lived with heart disease for more than 20 years. He appreciated the present and enjoyed life as much as he could. His death left an empty space in the hearts of everyone who knew him. Now he knows the secrets of the universe, he knows what’s happening in space and that what really matters in life is love.