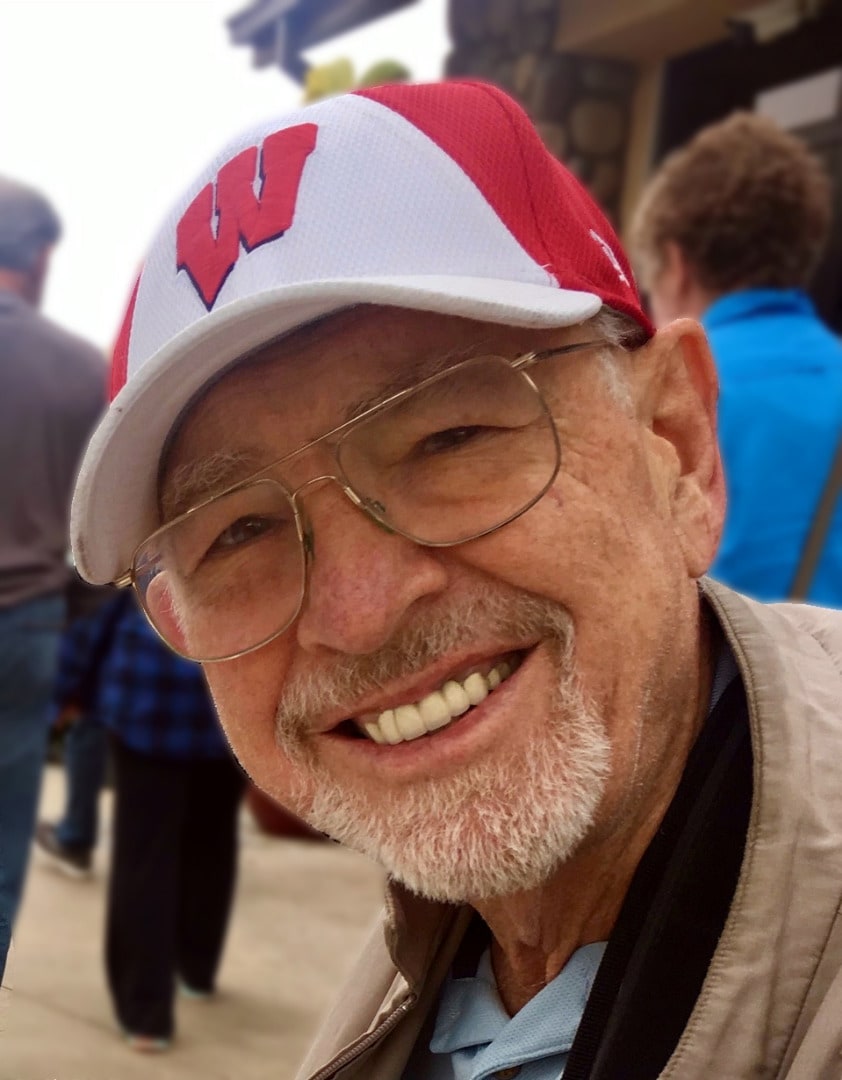 NOT "just a farm boy from Wisconsin"

Mike grew up on a small dairy farm in the village of Plum City, Wisconsin. He was the youngest of 3 children, having an older brother and sister. Grandparents, aunts, uncles and cousins were nearby, and farming was a family undertaking. Mike learned to balance the demands of the farm with academics, his love of sports, and his desire to learn about the world. It was this early upbringing to which he attributed his strong work ethic that he took along with him on his life's journey.

Dr. Mike enjoyed a long and illustrious career while following his passion for Space Science--as a researcher, teacher, mentor and administrator. As a researcher, Mike spent time conducting atmospheric studies in the Arctic during graduate school and authored many articles on solar wind and space plasma physics during his post-doctoral work at the University of Arizona, where he also became assistant director of the Lunar and Planetary Lab. From there, Mike took his love of Space Science and the space program to a position at NASA Headquarters in Washington, D.C. Always wanting to improve on how things are done (this drove his Dad crazy on the farm!), he spearheaded efforts to create and implement a much-needed office automation system in 1978 that allowed managers at all centers to share data and communications on computers. Mike was also Program Scientist for the Spacelab 1, STS-9 Shuttle mission while there and, after leaving NASA to return to academia, he was frequently sought out for his knowledge of Shuttle and NASA operations. While at Stanford, he was assigned to a committee to draw up plans and recommendations for an International Space Station, and was also on a task force to automate Shuttle tile assessment and maintenance. Due to his shuttle expertise he was interviewed on both local and national newscasts after the Shuttle accidents. Dr. Mike spent the last 20 years of his career at the University of California at San Diego. He worked alongside Dr. James Arnold and Dr. Sally Ride to nurture the next generation of scientists, engineers and technology workforce. He worked on programs like KidSat and CalSpace, and masterminded a means to create working partnerships between industry, universities and students. He was the California Space Grant director for most of those 20 years, expanding the program and its scholarships to colleges throughout the State, impacting the lives of thousands of promising students along the way. Always a strong proponent of STEM education, Mike enjoyed mentoring students and helping them achieve their goals by encouraging them to discover their passion, be their best selves, and to follow their dreams. His efforts in this area are such a legacy that the California Space Grant Consortium has established an annual scholarship in his name to continue his work.

Mike carried his work ethic and sense of responsibility into his personal life as well. At home he was a devoted husband and father, handyman, chef, gardener, coach and cheerleader, comedian, storyteller and perpetual advice-giver, and the family’s rocket scientist. He somehow managed, once again, to balance the demands of his work with the needs of his family and his own interests. He was our rock and our provider--always ready with his time, sense of humor, encouragement and wisdom whenever we needed it. He coached baseball, basketball and football and attended sports his sons were playing if he wasn't coaching. Mike played men's league baseball until developing heart problems in his mid-50's, and continued his interest in college and pro football teams--especially those in Wisconsin! He enjoyed cooking for friends and family, and hosting our annual St. Patrick's Day and 4th of July parties. He also enjoyed red wine and craft beer, so many outings and vacations in his later years centered around visiting small wineries and breweries where we would sit, sip, picnic and have great conversations.

Mike always had a ready smile, a joke and a story. His enthusiasm and positive outlook in life were infectious. He had a strong will to live and never lost his optimism and cheery disposition despite his worsening heart condition. Even after retiring in 2011 he continued with endeavors to ensure a healthy future for the space program and to promote scientific projects and products that could improve the world and the lives of its inhabitants. Although Mike always liked to describe himself as "just a farm boy from Wisconsin," every one of us whose life he touched knew he was so much more than that. (Please feel free to view remembrances of Dr. Mike at www.tribute.co/dr-michael-j-wiskerchen/)

Mike may no longer be with us on earth, but he will not be forgotten and his legacy will live on. And now, with the Horizon Flight, his dream of being in space can be fulfilled. We will watch his bright star in the sky and know he is smiling down on us, watching us, and telling us wonderful stories about his adventure! 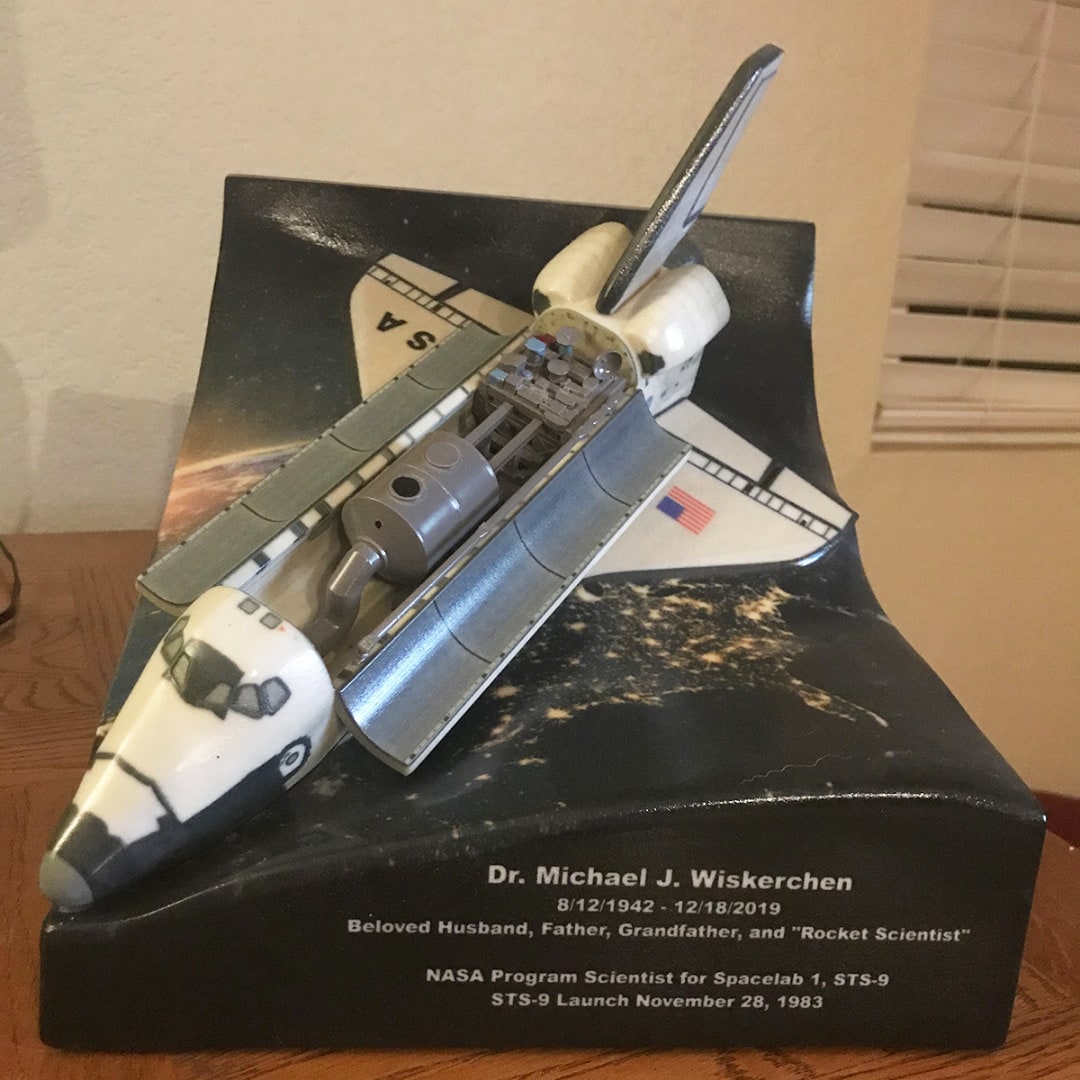