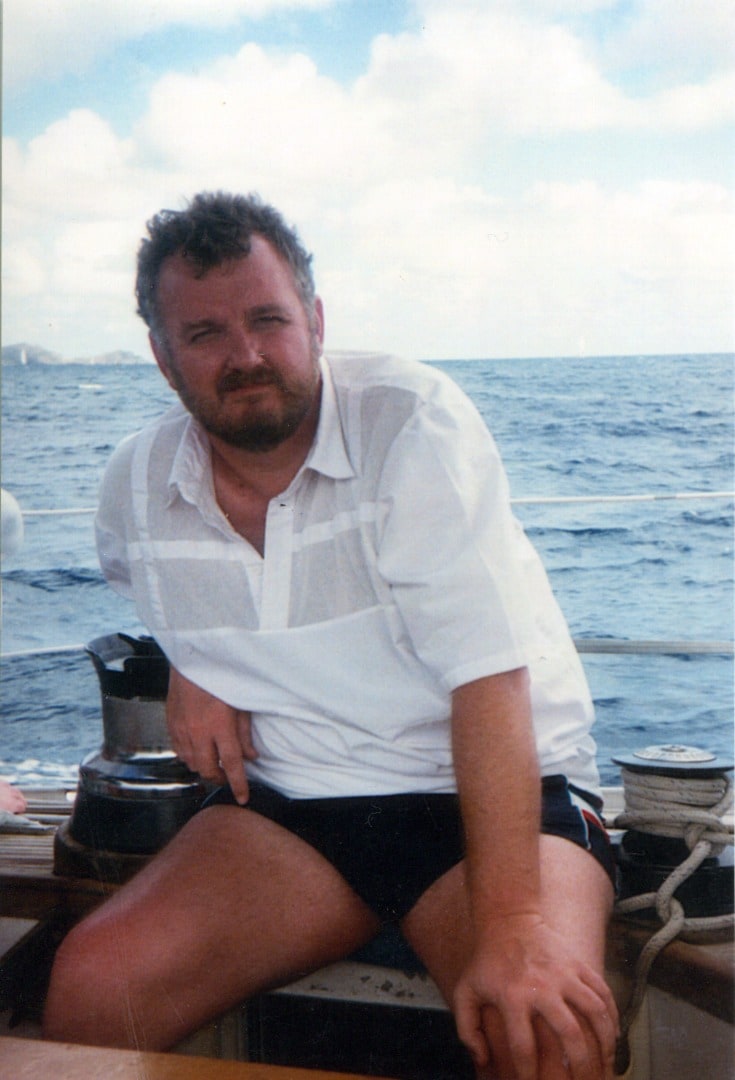 Michael J. Keane was born on February 21st 1944 in Webster, Massachusetts. After attending St. John’s Prep in Worcester he enlisted in the Air Force. He was stationed in Germany and then transferred to Seville Spain, where he met his wife Monica. The couple was married in 1965 in Gibraltar. During their 36-year marriage they had five children.

Mike had a great love for travel. His adventures began during his tour of duty when he visited the majority of the European Continent. Before his death he completed a lifetime goal of visiting all 50 states in the US. He also traveled all over the world: Sydney Australia was one of his favorite cities.

Mike was a true salesman. During his 25-year career with Mutual of Omaha, he was appointed to several high management positions, including General Manager in Raleigh, North Carolina. Before computers of any kind were widely in use, Mike used his knowledge of technology to develop a program to sell life insurance. The innovative approach used equipment available at the time, including a tape recorder that acted as a floppy disc, a keyboard to enter data, and each client’s TV as a monitor. The setup served as a precursor to laptop computers widely used by agents in the field and in all professions today. He truly was ahead of his time.

After leaving Mutual of Omaha, he pursued his lifetime dream of being self-employed. He saw the potential and recognized the expanding power of what was then the new Worldwide Web, and tried many ventures. He loved to network with people all over the world, and to share his knowledge. At the time of his death he was very successful with Care Entrée, a company that helps provide medical care at a discount for people who do not have insurance. He found it fulfilling to work with a company that could provide him with a good living while helping others.

He loved the ocean and sailing. He spent many happy hours in his own small sailboat. He was also very interested in the space program, and while living in Cape Canaveral witnessed all the manned moon launchings from his home.

Mike was loved and will be missed by his family and friends. He was excited to find out about Celestis memorial spaceflights before his death, and his wish was to have his body donated for use in scientific research. He was happy to know that part of his remains will be rocketed into space as a continuation of his adventurous spirit, and wanted his grandchildren to look at the sky and know their grandfather lived on as “Star Dust.”

The Family of Michael J. Keane