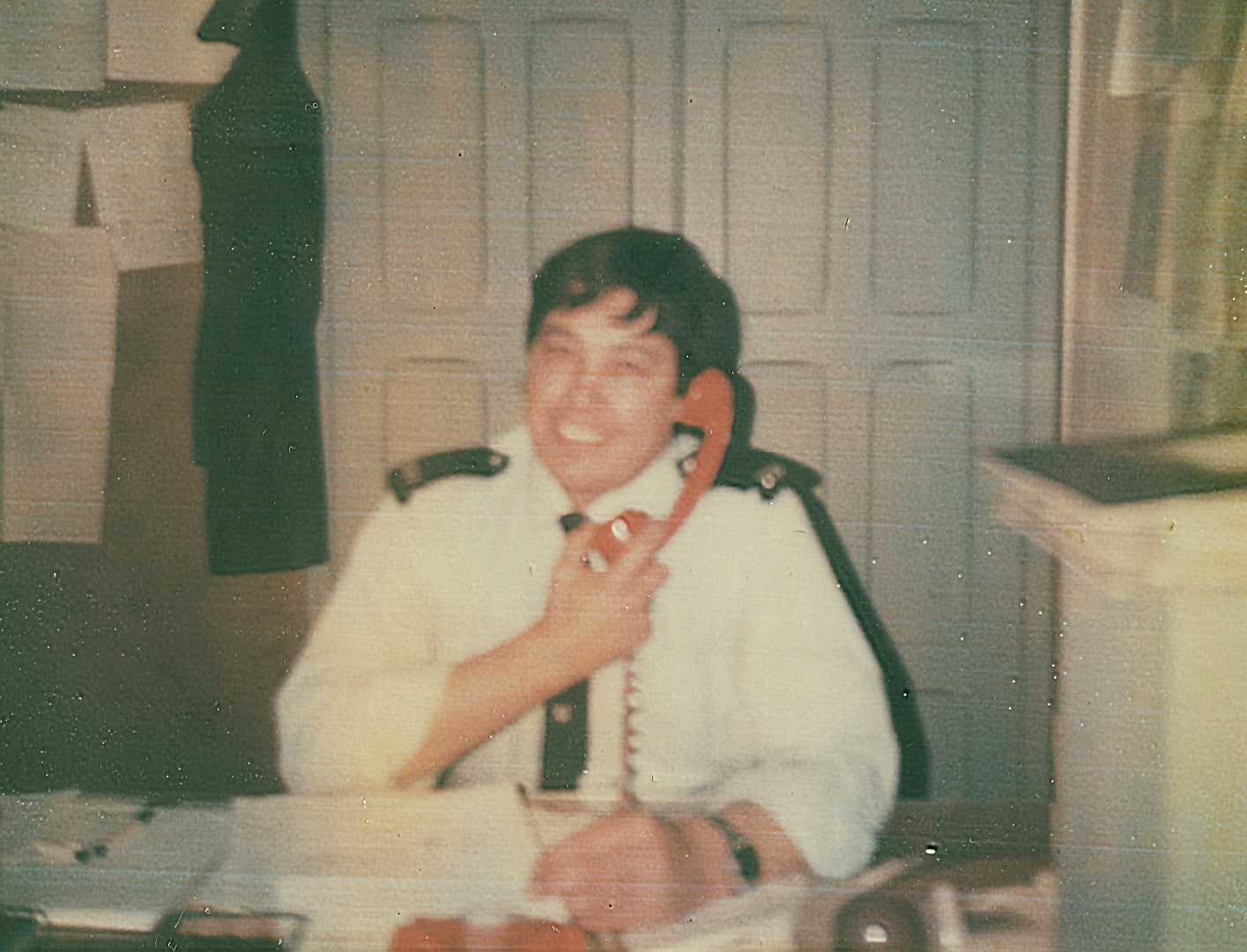 Mick was born on 20th February 1942, during the Second World War, in Kettering, United Kingdom to mum and dad Mable and George. He was their second child, following after his brother Pat and followed later by his two sisters Patsy and Jill.

According to Jill, Mick had his own mind from the beginning and always was one for doing his own thing and going the way that he wanted. He usually managed to do this, though when he wanted to join he RAF this was apparently blocked by mum and dad -- so he joined the police instead!

I think that one of Mick's key attributes was the way that he remained young-minded throughout his life and actually because he was a wrinkle-free zone he looked young too! He just didn't seem to age. Lucky man!

In trying to build up a picture of his life I was delighted to have been sent some special memories from his daughter, Tracey, about those times spent with his three children. He was always telling them stories -- and on one occasion when they were in a motor home and had to stay on the moors, he scared them with his stories of wild wolves that roamed around at night and he found it very funny that the children were so scared that they couldn't sleep all night. But when he took the children to museums he would happily and patiently explain everything to them and he had a great knowledge of history that he loved to pass on to them.

Tracey was saying that Mick used to work on a farm and took the children there when a foal was due to be born and they watched in awe as the little foal emerged unsteadily into the world and then the highlight of the day was being allowed to sit on the tractor.

He loved his holidays and for 14 years he had a caravan in Hemsby where he had some great times spent with his son Jonathan as well as just on his own when the mood took him. But he also enjoyed some great times across Europe, in China, the USA, He particularly liked Hawaii.

Wherever he went he would regale Tracey with stories of his holidays and the countries he visited. He always took a great interest in the history of countries that he loved to share as well. But he could get engrossed in looking around, or the scenery, when abroad which meant that on several occasions he would just wander off and leave Lynn behind. This normally wasn't too much of a problem but when he locked her in an Alcatraz Cell before wandering off this was a bit disconcerting for Lynn! So in later years Lynn took him cruising which meant that, at least while they were at sea, he wasn't able to wander too far.

No talk about Mick's life would be complete without mentioning his love of music. And he liked Dire Straits, Queen, ELO, Meatloaf and local bands like the Wombats and Accrington Stanley. Mick would sit for hours with his earphones on, listening to his favourite tracks.

His other great interests were the air shows and motorcycle racing and he and Jonathan spent many happy weekends enjoying the sights and sounds of the displays as well as looking at all the exhibits. He also enjoyed the occasional round of golf.

There is no doubt that the entire family will hugely miss him and I know this poem will express how Lynn is feeling today.

You've just walked on ahead of me

You've just walked on ahead of me
And I've got to understand
You must release the ones you love
And let go of their hand.

I try and cope the best I can
But I'm missing you so much
If I could only see you
And once more feel your touch.

Yes, you've just walked on ahead of me
Don't worry I'll be fine
But now and then I swear I feel
Your hand slip into mine.