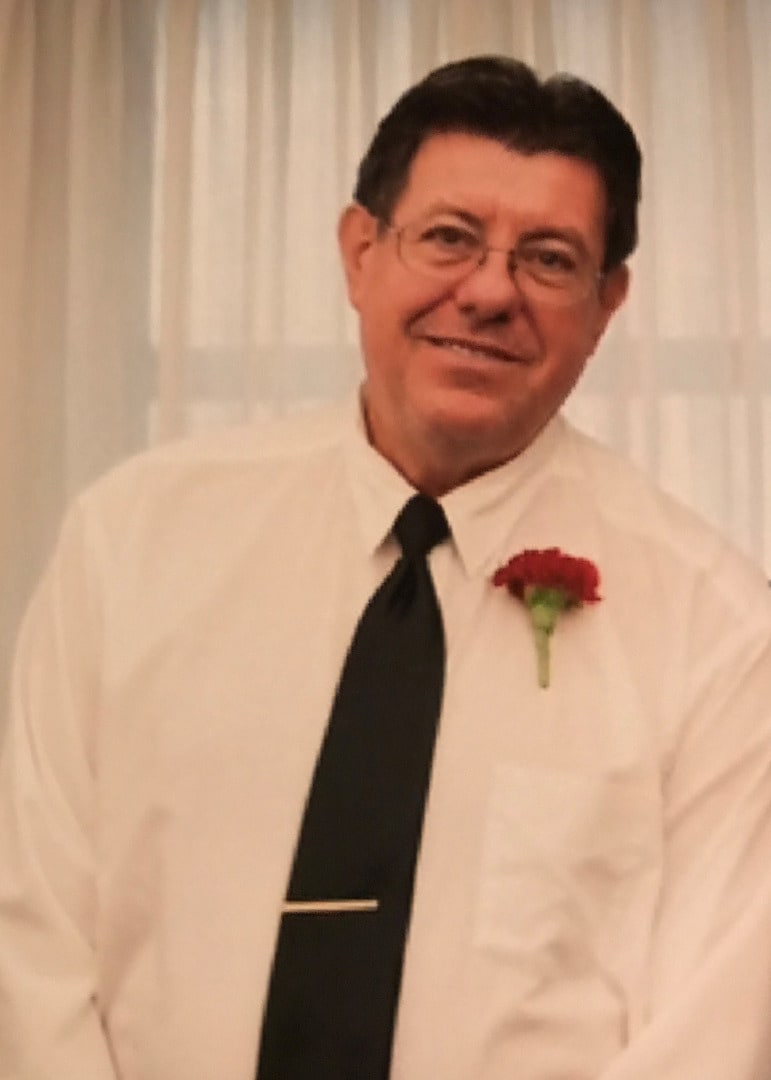 Matt Alan Adams was born April 12, 1956 to John Michael Adams and Lenora Hope Montgomery at the McKay Dee Hospital in Ogden, Utah. He passed away of a heart attack August 13, 2020, in Miami, Florida.

Matt lived in Layton, Utah and Lincoln Park, Michigan during his growing up years. Growing up, Matt gained significant knowledge about the building trades by working with his father, who is a contractor.

In his 20’s, he went to work for Thiokol in Brigham City. This brought a move to Perry, Utah to be closer to his job location.

In 1983, an opportunity came with Morton Thiokol to transfer to Florida and work at the Kennedy Space Center at Cape Canaveral, Florida in the aeronautics and space industry. He lived in the Cocoa and Titusville, Florida area for 35 years.

His years spent at Kennedy Space Center were exciting and educational with many opportunities for growth as he played his part in space exploration.

After many years in the aerospace industry, the call to a new adventure came and Matt left the space center and began a new field of interest with AT&T. He worked there for several years.

In recent years, Matt’s traveling companion and best four-legged friend was his beloved dog Marley. He took excellent care of her and she loved him. Marley preceded Matt in death by only a few months.

Matt was fascinated by cars his entire life. He had a wealth of knowledge about all makes of cars and was an avid collector of classic and vintage car magazines. His collection has been donated to a classic car restoration company located in Layton, Utah.

In his youth, he participated in demolition derbies at Lagoon amusement park. He’d fix up his cars just to crash them up and loved every minute of it! Later in life, he joined racing friends as a pit crew member at various types of races.

Matt was skilled in martial arts and kickboxing and was a warrior his entire life. Matt also trained and learned from Col. James “Bo” Gritz in Bo’s Specialized Prepared Individuals for Key Events (SPIKE). SPIKE is all about learning the skills to survive in the wilderness or the concrete jungle of life and using this knowledge for anything and everything related to survival. The SPIKE motto is “We Stand Ready”. Matt certainly exhibited readiness and was always ready to help others in need.

Matt loved to read and gain knowledge and insight on many topics, which he was always willing to share with others. He had a vast knowledge of alternative medicine, supplements and herbal remedies. This knowledge will be missed as he was always our “go to” person when we needed ideas and remedies for what aliments ailed us. He loved nature, horticulture, and learned to grow many plants, including exotic trees.

Matt was sentimental and kept every birth announcement, obituary, birthday party invitations, and birthday and holiday cards he ever received from his family and friends. He had a special love and bond with his nieces and nephews and loved them dearly and always wanted the best for them. Matt was a kid at heart and related well with children and youth. He liked playing educational word games with the kids, giving them a list of words to research the definitions and then sharing with him what they learned the next time they would see him. The great-nieces and nephews were a treasure to him and he’d developed an especially special bond with our sweet Kai during the time Matt was living in Utah.

Matt was one of the most spiritually knowledgeable people you could ever meet and extremely well read in the topic. He thrived on reading and learning anything he could on the spiritual realm. He was open to other people’s thoughts and understanding and took every opportunity to gain and grab more understanding.

The most important things to Matt weren’t things at all, but rather, his entire family, his choice friends, neighbors, and acquaintances, and especially his personal relationship with his Lord and Savior, Jesus Christ.

Matt treated every person he encountered with respect, consideration, encouragement, and kindness as reflected in the many tributes, comments, and shared expressions the family has received in recent weeks. Those tributes may be found on the Lindquist Mortuary website at www.Lindquistmortuary.com.

Matt now knows his great worth as he demonstrated kindness, loyalty, love, and service to those around him.

Matt was a powerful free spirit who is now free of earthy concerns. Though heartbroken at our tremendous loss, we know he is soaring happily and healthily in the heavenly realm.

To honor Matt and as a tribute to his exuberant, larger than life excitement and energy and his love of space exploration, a part of Matt will be launched into space via a Space X rocket from Kennedy Space Center at Cape Canaveral, Florida. After his journey orbiting the Earth, he will descend back into Earth’s atmosphere as a shooting star.

A visitation and memorial service with family and friends was held Saturday, September 26th, 2020, in Layton, Utah.

In addition, a memorial will be held at a later date in Miami, Florida, where his cremains will be paddled out into the Atlantic Ocean.

Tributes to Matt Alan Adams from Family and Friends

Matt was family to us. He enlightened our hearts and he was always helping others. He touched a lot of lives, even though he never realized it. His presence still lingers and we know he is at peace. His favorite work words when you would ask him, “How are you doing?” His answer would always be, “Just another beautiful day!” He will be remembered as an angel and a great friend and brother to us.

Knowing Matt for more than 30 years, he was more than a friend, he became our brother. We love him dearly. We told him often that we loved him and would tell him of his many good qualities. With his passing, our neighbors who only met him in the last few months, said, “This man was an angel”. Work related people said the same thing, “He was an angel and we loved this guy.” We would go out to dinner and people would stop and look at him. He had a profound effect on people and especially little children whom he always took time to talk with and they were in awe of him.

He was a hard worker, a strong soul and he always gave everything he had to those around him. He always gave words of encouragement and always sent messages to build me up and tell me and my husband and children how great we were. We loved him truly and the world is less with him not in it.

We both miss him sorely and it is hard for me not to be able to converse with him, my brother, whom we loved deeply! We will have his memory close in our hearts forever as his positive impact on our lives will be eternal!!

Matt was a free spirit, loved the outdoors and nature, and was a seeker of truth and knowledge who encouraged those around him to think outside the box and seek their best path in life. We’ve had an outpouring of messages, calls, visits, and texts from people who were touched by Matt’s exuberance and larger than life energy. Many of his friends have expressed the same sentiments, that they considered him not only a friend, but a brother.

We are proud to know Matt touched so many lives and was dearly loved for his individuality.

His heart was found to be enlarged, which is rather fitting since he had the biggest heart of gold that saw the good in people and always wanted to help anyone in need.

We really love your brother. We are in shock. Please know that Miami church members are sending their condolences and there have been many texts expressing their love for Matt. This message was shared with members about Matt:

Matt moved to Miami and our ward in October 2019. He is a great guy with a lot of different experiences. Years ago, he was involved with NASA, and did really cool adventures. I always enjoyed hearing about his life. He knows about pretty much everything. He was always concerned for the needs of the Youth.

He was called as a building representative (a position that basically means cleaning the Chapel alone when not one of us volunteer to clean it and many times nobody else showed up) and he served with his entire soul. He did his calling with enthusiasm, humility, and love. So many times he quietly cleaned the chapel without anyone, including me, knowing he was there by himself. He was always willing to serve. A very humble and sweet soul. I am going to miss him. I wish I could have spent more time with him. Brother Matt Adams was ready to meet his maker, I can testify of that.

Matt loved building huge sand castles at the beach and drawing crowds of families and kids, whom he always had a heart for the youth and it was often these times that I can say that I saw him so very happy with no cares, just enjoying the elements around him and the time at hand. Yes, indeed I miss him daily. I’m now positive he’s up in heaven happy and smiling down on those whom loved him and vice-a-versa. May knowing the love many of his friends had for him help to soothe your soul and down deep inside. With much love and praters for all of you.  Sincerely,

From longtime friend, Debbie Amstadt Chavez: There are quite a few times Matt and I did things to help each other. He was always willing to fix things and do repairs for me and I knew I could count on him.