Sincerity, generosity and a great sense of humor are the qualities that illustrate Mark's character best. He was a loving and caring husband, a brilliant and creative engineer, as well as a skillful handyman who kept our home and cars in the best of shape.

He was born Mark Charles Wallace to Ted and Marilyn Wallace on Dec. 4, 1956 in Brattleboro, Vermont. He later moved with his family to Greenfield, Massachusetts.

Mark was very inquisitive as a boy and often could be found taking apart small appliances and other gismos that had electricity or some working parts. Once when he was seven or eight, he found an extra telephone in the basement and proceeded to wire it up in the tree house. One day his mother, out at the clothesline, heard the telephone ring outside and thought it strange until she looked up at the tree house and realized it was up there. The boys had forgotten to switch it off. That was the end of the tree house phone.

In 1974 Mark graduated from Greenfield High School, Greenfield, Massachusetts, and went on to the University of Massachusetts in Amherst where he graduated in 1978 with high honors and a Bachelor of Science degree in Electronic Engineering. He came out west and settled in Southern Arizona. He lived on five acres in Hereford until 2000 when we moved to Colorado, returning to Arizona in 2001 and settling in Sierra Vista. We met and fell in love in 1990 after I had answered an ad he put in the local paper. We married in 1991.

His last employer was WESTECH at Ft. Huachuca, Arizona where he was Senior Electronics Engineer. He was with them for seven years and was considered the 'Best of the Best' in engineering. Mark had currently been developing and testing a jammer system that will directly impact our soldiers in the war zone. The 'mission' was always the most important factor in his work and he never wavered from that goal, providing his expertise in whatever area was needed until the mission was accomplished. Colonel Komo, commander of IEWTD once said, "Mark, I wish I could clone you."

Mark considered all of his co-workers at WESTECH as his family. We all have appreciated everything they have done for him, from the beginning in 2001 till now.

His other areas of expertise were with:

One of his greatest accomplishments was to design and build a salt box style addition to our home in Hereford. He worked on it a little bit every day for three years, pulling wires, installing the plumbing, and putting up the siding ... His efforts paid off with the end result looking grand!

Mark had a wicked, dry sense of humor and loved making puns and word play jokes. He was very clever in that respect and also quick to see an opportunity to create a joke.

He was a fabulous cook and made the absolute best Amaretto Cheesecake. He loved Italian food and his favorite wine was a Beringer Pinot Noir.

Marked loved to go camping on Mt. Graham in Arizona. He was the official camp fire guy and all the meals were carefully planned and executed. We enjoyed many anniversaries vacationing in the rustic cabins at Pinos Altos, New Mexico, where we gold panned, rock hounded and explored. Cape Cod was a favorite destination and we spent lazy summer days there with his sister Kim and her family eating his favorite, lobster rolls and fried clams.

He watched every single episode of the original Star Trek, the Next Generation, and all the movies. He knew all the episodes by heart, and would often quote Captain Kirk, Spock, Scotty, Commander Picard and Data. Mark himself was overtly logical, and could relate to Spock and Data on a daily basis. Maddening for me, him being so logical and all.

He loved the space program and anything about the weather. Mark knew all about astronomy and often woke me up in the middle of the night to see something fantastic. We would lie out in a sleeping bag on the trampoline or later by the pool and view the heavens till first light.

He really didn't mind pushing papers at work or at home but what he mostly loved was hands-on engineering and in his spare time could be found out in his well-appointed workshop fiddling with something, perfectly happy and content.

Mark loved his family and friends very much, all of us. We will miss him till the end of our own days and know he is getting the biggest kick out of this spaceflight.

Here's to you honey, ENGAGE!
No, goodbyes, just good memories 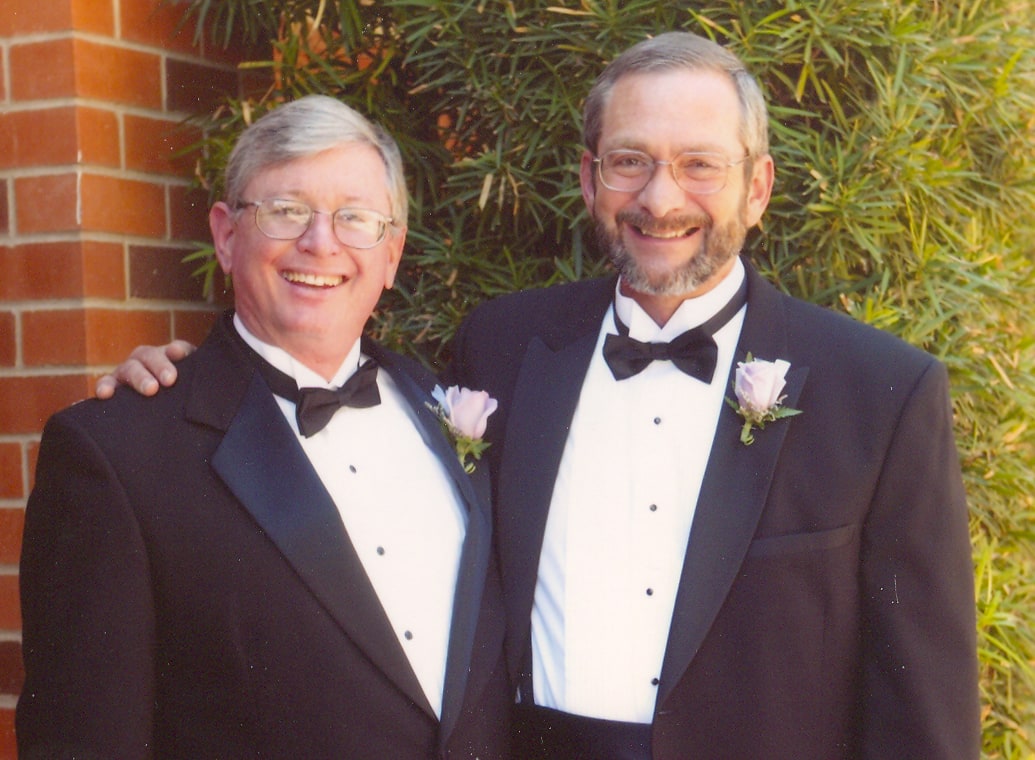