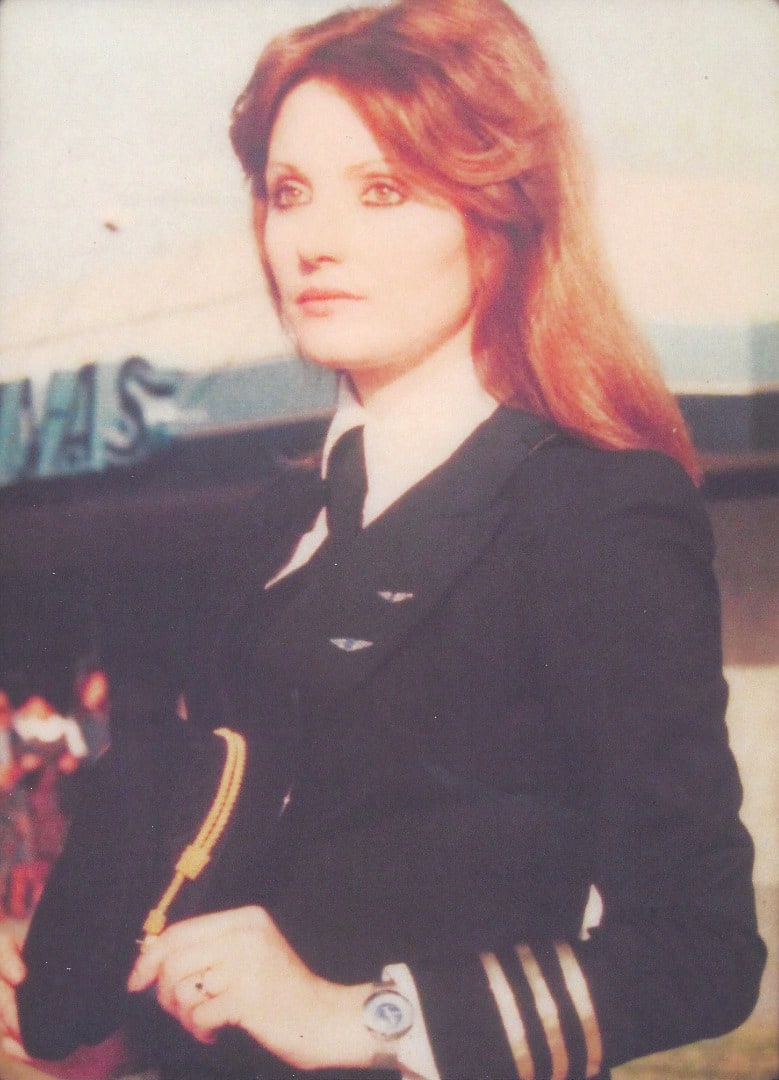 "Whatever you can do or dream you can, begin it. "Boldness has genius, power and magic in it." - Goethe

Maria del Carmen Sabaliauskas was raised by a Lithuanian father and Italian mother in Rio Cuarto, Cordoba, in the Pampas of Argentina. As soon as she could speak she demanded to be told what everything said; "Read it to me." From then on books and learning defined her life. She loved school to the point of simultaneously attending high school in the mornings and earning her B.A. in the afternoons. Upon request she wrote speeches for teachers. She entered a nationwide essay contest and won. She had a solid education when she left central Argentina for Buenos Aires. She intended to be a foreign diplomat, and to travel.

At a café in Buenos Aires a pageant organizer introduced himself and asked Maria if she would consider participating in the Miss Argentina contest. She had no idea what that entailed. Two weeks later, after being crowned Miss Argentina, she was en route to London and the Miss World contest. First runner-up earned Maria tea with Queen Elizabeth II, a year long world tour, and a firm footing in high fashion modeling.

Maria's passion for reading was eclectic. She took life's lessons from Marcus Aurelius, Voltaire, Ayn Rand, Wayne Dyer, Leo Buscaglia and many in between. Her interest in nutrition was influenced by Adelle Davis, she was invigorated by Tchaikovsky's 1812 Overture, amused by Mozart. Math and physics were foundations to her explorations into metaphysics, parapsychology, meditation, remote viewing. Astronomy, oceanography and medicine fascinated Maria. Of special interest were cosmology, multiverses and black holes. Her world included Nostradamus and Edgar Cayce as well as Einstein and DNA. Maria also enjoyed reading and reciting poetry. A favorite was T. S. Elliot's The Love Song of J. Alfred Prufrock and she could entertain by reciting quatrains from the Rubaiyat.

In spite of this something else was guiding her. Richard Bach's Jonathan Livingston Seagull and St. Exupery's The Little Prince revealed her dream, to become an airline pilot.

After a brief employment at the UN Maria continued her fashion career in New York and concurrently studied at Columbia University. Her friends included TWA pilots. After expressing her desire to fly they put her in touch with a flight school in Connecticut. Commuting from Manhattan she was a fully qualified commercial/instrument pilot in 1 year and flying charters and night freight. A family visit to Argentina presented an unexpected opportunity to fulfill her dream. Aerolineas Argentinas hired Maria as the first woman airline pilot in Argentina. As a copilot in the B-707 and B-737 Maria flew the skies from Los Angeles, to New York, to Buenos Aires, to South Africa and points in between. It was the happiest time of her life.

Eventually she returned to the US and settled in New Mexico. She moved her Mother and Father to the US and with her brother in New York she took care of their living and health needs the rest of their lives. No two people meant more to her. They were her heroes.

At this point there was time for reflection. Maria organized the details of her life and prepared to write her life's story. Her airline experience alone was worthy of its own book. She spent some time in Los Angeles eventually getting a temporary apartment in Westwood. A chance encounter at a hairdresser put her in contact with a producer who expressed interest in her life. A book deal and possible movie deal encouraged her to engage an attorney. Unfortunately, her sudden heart failure denied others the intriguing details stored in a magnificent mind.

Maria is remembered as one with true joie de vivre. She loved dancing, horseback riding, theater and aerobics. Agatha Christie's mysteries and Taylor Caldwell's historic novels entertained her. Above all, Maria had a genuine sense of humor. You were guaranteed to hear laughter if she was watching Dana Carvey make fun of George H. W. Bush, the English comedy The Black Adder or enjoying the humor of P. G. Wodehouse, Jeeves and Wooster.