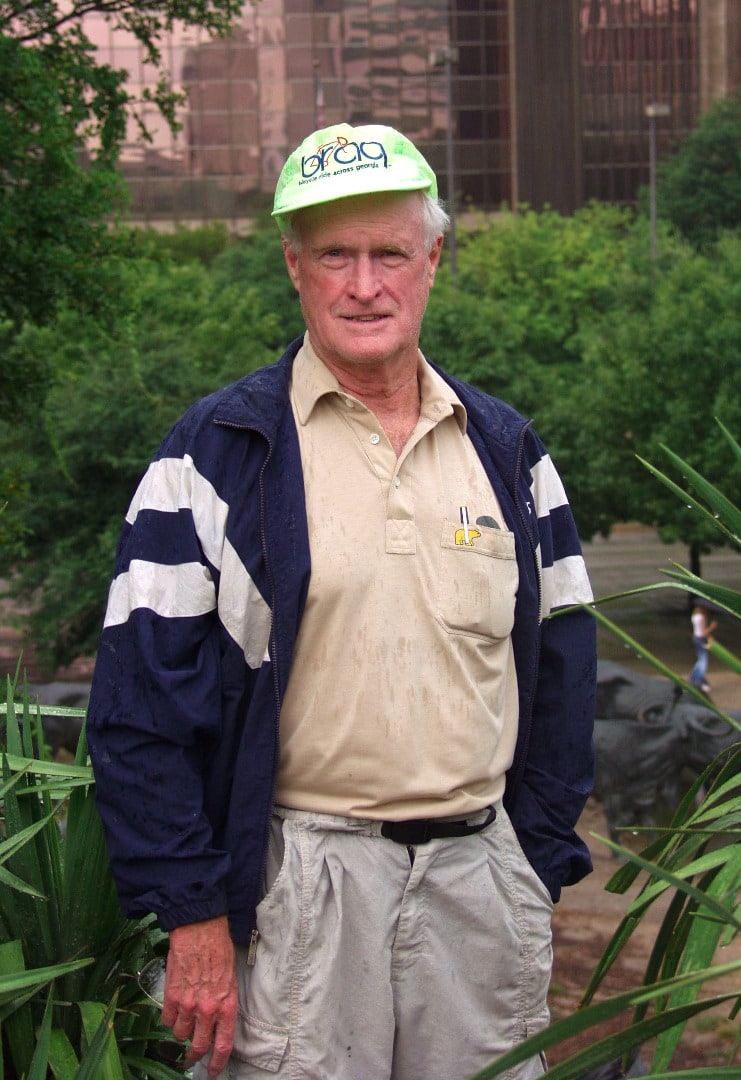 Mick loved life and lived it to the full. Our family traveled around the globe. He had a huge map on the wall full of push pins of where he and my mom had traveled. Those pins went from Machu Picchu, Peru to Southampton, England to Ibadan, Nigeria to Melbourne, Australia. They visited every continent except Antarctica (which he refused to trespass on because of environmental concerns).

Mick was born and raised in Ontario, Canada. He earned his doctorate at Syracuse University and served as professor of geography at Miami University of Ohio. On sabbaticals, he taught for a year at the University of Southampton, England and later at the University of Ibadan in Nigeria. In 1968 he became the first chairman of the new geography department at Georgia State University. In 1978, Mick gave up the chairmanship and became a regular full professor. He retired in 1988.

But all work and no play was not his philosophy. He enjoyed many sports and stayed active right up to the end. For 20 years Mick was involved with GSU's "Touch the Earth Program" teaching white water canoeing. He often took weeklong bicycle trips including "BRAG" (Bicycle Ride Across Georgia), sometimes biking in more exotic spots like the Yucatan. He loved to downhill ski, scuba dive, and could be relied upon to cream one and all on the badminton court.

My dad was a fun, active person, very witty and full of life. He liked to joke and keep people on their toes. My mom said once that it took her five years to figure out when he was kidding and when he wasn't. But he was also a very loving and concerned individual. Mick was a longtime member (and sometime deacon and choir member) of Memorial Drive Presbyterian Church. All during the 1990s, my dad and mom organized and oversaw distribution of food baskets and other goodies to needy families at Thanksgiving and Christmas. They also wielded paintbrush and hammer for several Habitat for Humanity projects. And Mick started a family tradition of giving goats for Christmas (not to each other but to needy families in Haiti).